A severe thunderstorm warning has been issued for several regions in Victoria.

The Bureau of Meteorology said the storms were “likely” to produce damaging winds, large hailstones and heavy rainfall that may lead to flash flooding.

Locations which may be affected include Bendigo, Shepparton, Seymour, Maryborough, Ballarat, Geelong and Melbourne. 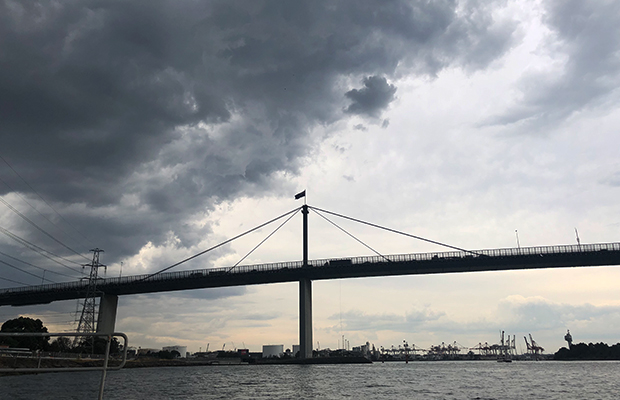 Longerenong, just out of Horsham, recorded a staggering 20mm of rain in just 20 minutes.

3AW listener Dean sent in a photo of the storm (filled with dust) moving in on Kerang, in the state’s north, pictured above.

Click HERE for the latest updates from the BOM