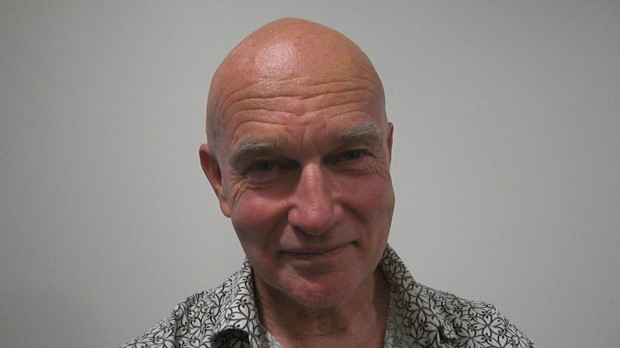 SEX & DEATH – Renowned Melbourne artist Rainsford used his dying mother in a film that includes nudity and real sex. Question: is it art or bad taste?

As Paul Rainsford Towner sat watching his mother slowly dying he picked up his camera and began filming her final, rasping breaths. He wasn’t sure why, yet he ended up shooting more than 10 hours as she gently drifted away.

It was only later that Rainsford – artistic director of the internationally renown Chapel of Change dance/theatre/film group – and his partner Mary Salem gave purpose to the footage by incorporating it into an 89-minute art film.

The result is Mother Mary Death & Sex, a lyrical, moving, contemplative exploration of loss, death, love and sex that is often beautiful, often confronting. By any fair measure, it’s an intriguing, beguiling, sensual film that combines an exploration of mortality with eroticism and the sting of grief.

When the film premiered at the Vladivostok Film Festival in 2012 Rainsford saw how it divided audiences, and it is easy to understand why. While Mother Mary Sex & Death can be appreciated as heartfelt, elegant and deeply personal, it can also be seen by a less generous mind as somewhat crass.

Alongside scenes of his mother lying in bed are sequences of Salem on the beach engaged in actual sex. One scene features Salem naked as she slowly cleans his mother. Is this beautiful? Or merely tastless? It’s an eye-of-the-beholder issue.

The 89-minute film is also intended strictly as a live event, only to be seen in a cinema with Rainsford and Salem (his co-director) present afterwards to interract with the audience in Q&A sessions. Seeing the film on its own, he says, would be incomplete.

Thus the film, made in 2012, has rarely been seen in public – and Rainsford intends it to stay that way. It  will never be subject to a DVD release or uploaded online. Either you see it live, with an audience and with the filmmakers present, or not at all.

Through the stifling Melbourne heat Rainsford was kind enough to drive the 90 minutes from his mountain home to come in and discuss the film in depth, explain precisely how and why he made it, why he was compelled to use real sex and what his vision was.