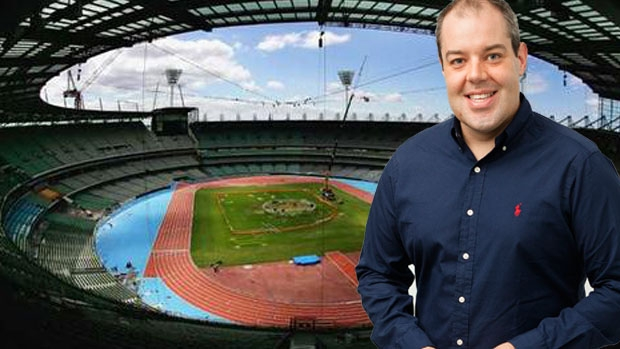 With Durban stripped of the 2022 Commonwealth Games, the arguments for Melbourne to pick up the slack and host the event are vast.

A city widely acclaimed as the sporting capital of the world, Melbourne has much of the infrastructure required to host a global event of this magnitude already in place.

With a multitude of stadia, training facilities and transportation options, the core requirements for hosting such an event are already in place.

But, significant investment would still be required.

An organising committee needs to be established, suitable accommodation for athletes needs to be found, and just like in 2006, there would be a significant reliance on volunteers for the Games to even get off the ground.

Is it worth it?

But, for member nations of the Commonwealth that’s not going to suffice.

If the Games were to be shared between Australia and the UK, that would be one thing, but, one regular host city diminishes the global nature of the Games.

However, you have to respect Mr Kennett’s point.

With the investment required, there needs to be greater reward for the Victorian people than just 10 days of sporting action.

After all, we did just host this event 12 years ago.

Therefore, what event is most like the Commonwealth Games, that would make the investment worthwhile beyond 2022?

You didn’t need long, did you? Yes, the Olympic Games.

Growing costs to host the Olympics, and their long term value is becoming an increasing burden to potential host cities, forcing many to re-consider whether the Games are worth bidding for in the first place.

You only have to look to Rio de Janeiro, less than a year after its Games, to see how venues and buildings established for the Games, have become dilapidated, and ultimately a symbol of Brazil’s economic demise.

But, for a first world city, with infrastructure in place, there is still significant value in the Olympic Games.

Tokyo can’t wait for 2020, and Los Angeles is throwing everything it can at securing the event for 2024.

And you only have to look at what American network, NBC, has invested in recent years ($AUD16.04 Billion) to secure the broadcast rights until 2032, to realise the Games’ commercial value.

So, back to Melbourne, and Mr Kennett’s point, that any investment made for the 2022 Commonwealth Games needs to present a bigger pay day.

Well, what bigger pay day than the Olympic Games six years later in 2028?

If you invest in the Commonwealth Games with a view to the Olympics, you can reap the rewards of both.

And let’s not kid ourselves, the Commonwealth Games are great, but, they are a second tier event.

And, what about the chances of the International Olympic Committee awarding the event to Melbourne? High. Very High.

The IOC knows their product is an expensive one.

They took a punt on Rio de Janeiro, and it’s fair to say, they’ll be more conservative in their voting in years to come.

The IOC wants host cities that have infrastructure in place, and that aren’t racing against the clock to be ready.

They want a host city that can afford the Games, and that will provide a positive lasting legacy.

For the Australian Olympic Committee, forget Brisbane, and any feasibility studies in south-east Queensland for a potential bid.

Melbourne, given the IOC’s desires, is the only viable option for any future Australian Olympic bid. So, start now.

The Commonwealth Games need Melbourne, but, Melbourne needs something more.

We host the top tier events, and there’s no higher tier than the Olympic Games.