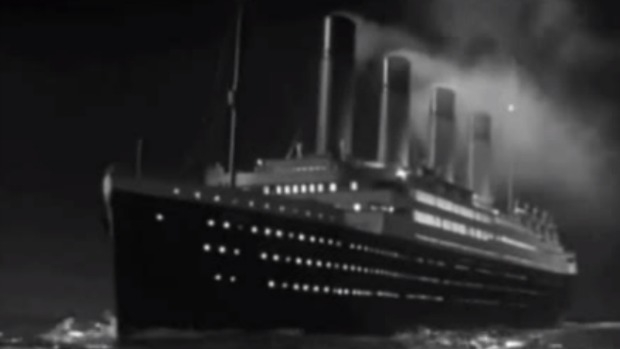 Many consider this the quintessential version of the story and sinking of the luxury liner Titanic in the early morning hours of April the 15th, 1912, told from the standpoint of 2nd Officer Charles Herbert Lightoller, the most senior of the ill-fated ship’s Deck Officers to survive the disaster.

Based on the global best-selling book by Walter Lord, ‘A Night To Remember’ is one of the great achievements of British cinema, a compelling documentary style account of the then known facts of the Titanic tragedy with extraordinary emotion and power without any added sentimentality in a straight forward narrative that never let’s its firm grip loosen for a second.

Ironically, it was this film that so overwhelmed Oscar winning director James Cameron after catching it accidentally on late night TV that it inspired him to make his multi and Best Picture Academy award winning 1997 blockbuster ‘Titanic.’

The superb British cast, led by Kenneth More as 2nd Officer Lightoller, are at the highpoint of their careers and each excel in their individual roles, and watch out for Sean Connery in an early pre-Bond career defining role.

‘Goldfinger’ girl Honor Blackman, along with Laurence Naismith and ‘The Man from U.N.C.L.E.’ star David McCallum are all played out to a vividly structured screenplay by Eric Ambler under the careful, respectful and intensely controlled direction of Roy Ward Baker.

There’s nothing showy here like a Leonardo Di Caprio screaming ‘I’m King of the World,’ Leo and Kate leaving handprints on the window of a steamed up car, or Celine Dion belting out ‘My Heart Will Go On’ – and on, and, on, and on.

‘A Night To Remember’ was a mammoth undertaking in 1958, as big a filmmaking gamble as James Cameron’s ‘Titanic’ was nearly four decades later, the production design, set design and effects were nothing like British cinema had seen before or rarely since.

In an age today when the magic of the making of movies is a factory production line for making product that feeds emerging technologies, everything you see and feel here is real, no computer generated effects, and all is revealed in an outstanding hour long documentary on the making of the film on both the DVD and Blu-ray.

‘A Night To Remember’ is the pinnacle of British storytelling and filmmaking excellence, an exemplary, meticulously produced, edge-of-your-seat tour-de-force and bona-fide classic that has no equal!