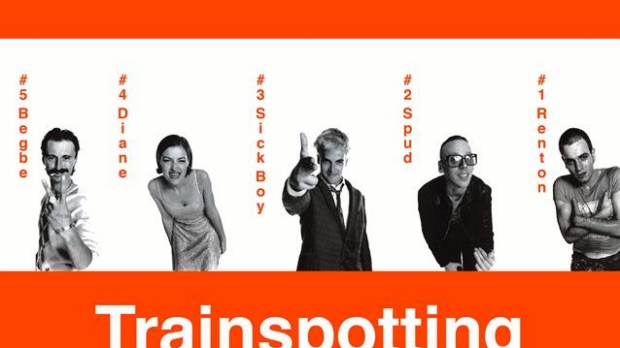 A TRIBUTE TO SCOTLAND ON THE BIG SCREEN

In 1996, Danny Boyle’s Scottish induced TRAINSPOTTING exploded on screens across the globe and created a cultural phenomenon that hit the zeitgeist of a people and time like a sledgehammer, and changed the course of cinema.

But what else has Scottish cinema contributed to the cultural phenomenon of the movies? 3AW’s Film Historian James Sherlock takes an affectionate look back at some of the classic films that put Scotland firmly on the cinematic map throughout the generations.

The breathtaking tapestry of Scottish myth, wonder and mystery are all captured with exuberant charm, wit and enchantment in Bill Forsyth’s heart-warming tale.

The story of a U.S. oil company who sends a young acquisitions executive to Scotland to buy up an entire seaside village where they intend to build a refinery, but things don’t quite go as expected.

Screen legend Burt Lancaster, along with Peter Riegert and Fulton MacKay, star in this unforgettable comic odyssey. From the awe-inspiring Northern Lights to the haunting music score by Mark Knopfler, this is a wonderfully rich and relevant experience brimming with delightfully quirky characters. A unique, moving and ultimately haunting journey, Local Hero is film with a big loving heart, a jewel in the crown of Scottish cinema, and one that will cast its magic spell for generations to come.

Startling big screen directorial debut for Danny Boyle of a new flatmate who moves in with three other pre-existing roommates, but soon after turns up mysteriously dead and in possession of a large sum of money.

The roommates decide to keep the money for themselves and dispose of the body, but their action sets in motion a destructive chain of events that gradually spiral out of control.

Direction, Cast, Cinematography, Editing and Production Design all excel! Voted ‘The Movie of the Year’ by Empire magazine in 1994.

This is the first of two films that changed the face of contemporary British cinema.

The second was a cultural explosion with a force so great that it rocked the very heart of filmmaking and foundations of which cinema would never recover from.

Mark Renton attempts to give up his heroin habit, but affects his relationship with family and friends.

Based on the novel by Irvine Welsh, the cast of excessively colourful characters include Sean Connery wannabe Sick Boy, the dim-witted Spud, the psychotic Begbie, 14-year-old girlfriend Diane, and the clean-cut Tommy, who’s drawn into the surrealist world of drug induced madness and mayhem around him.

Ewan McGregor, Ewan Bremmer, Jonny Lee Miller, Robert  Carlyle and Kelly MacDonald star with a vigour, vibrancy and shear realism unlike anything seen on screen before.

Rarely has a movie captured the cultural zeitgeist of a generation so strongly and potently as this.

Jumping from Steam Train to Bullet Train in one dazzling sitting, this is a stimulating, invigorating, sickening, thrilling, original, surrealistic, repulsive and ultimately spellbinding experience! Often copied, but never bettered.

The ‘worst toilet in Scotland’ has to seen to be believed. Voted the ‘Best Movie of the Decade’ by Empire magazine, and rightly so. Unmissable!

The all time classic Alfred Hitchcock spy masterpiece from the novel by John Buchan that heralded in the birth of a genre and inspired generations of filmmakers to come. British Oscar winning screen great Robert Donat portrays everyday civilian, Richard Hannay, who is mistakenly accused of the murder of a counter-espionage agent.

He goes on the run to Scotland during which he meets an attractive woman, and continues in the hope of clearing his name and finding out the secret of the 39 Steps.

Filmed numerous times over the decades, most notably with Kenneth More in 1959 and Robert Powell in 1978, this remains the quintessential spy thriller that set the standards in the genre for future generations.

The theme of the innocent man caught up in a web of deceit and danger would be a staple diet for Hitchcock for years to come, and this remains the definitive example.

From Scotland’s breathtaking Forth Bridge to the Highlands of Scotland, Alfred Hitchcock, the Master of Suspense, has created a masterful tour-de-force of thrills, humour and excitement!

Thrilling tale of a battle of military men and minds between an outgoing officer and his replacement of a Highland regiment in peacetime Scotland following WWII, with tragic results for both.

Top notch vice-grip direction by veteran producer-director Ronald Neame (The Prime of Miss Jean Brodie, The Poseidon Adventure) and forceful screenplay by James Kennaway, based on his novel.

Spellbinding tour-de-force performances from both Alec Guinness and John Mills punch a hole right through the screen as they clash head-to-head in this powerful social and psychological campaign of waring ideologies in the aftermath of war.

One of the truly great and most loved of the legendary Ealing Studio’s comedies.

Remarkably, based on the true story, the S/S Politician on its way from Liverpool to Jamaica carrying 50,000 cases of whiskey.

She runs aground in bad weather off a small Scottish island, the inhabitants cannot resist the temptation to replenish their totally depleted supplies, with an old English Home Guard Captain standing in their way until the proper authorities arrive.

But he’s not going to stop them.

From the novel and screenplay by Compton MacKenzie, along with co-screenwriter, Agnus MacPhail, Ladykillers, Sweet Smell of Success and The Man in the With Suit director Alexander Mackendrick has created a gently heart-warm and unforgettable satirical comedy classic.

Footnote: Bottles are found in the sand or in sea to this day.

Long before the likes of ‘Dead Poets Society,’ the charming and delightful Maggie Smith gave a stunning Oscar winning performance as an eccentric headstrong young teacher in a private school in 1930’s Edinburgh.

Jean Brodie ignores the curriculum and teaches her impressionable students with her over-romanticized political and world views with a spellbinding influence on her girls.

Based on the play and written for the screen by Jay Presson Allen, this outstanding character study overflows with richly gripping dialogue and memorable moments, most notably the scene stealing Pamela Franklin Robert Stephens and Headmistress, Celia Johnson, all brought vividly to life by veteran filmmaker Ronald Neame. Beautifully filmed in and around Edinburgh, and aided masterfully by the poignantly mesmerizing Oscar nominated score and title song ‘Jean’ by Rod McKuen.

Co-producer, Director and Star Mel Gibson’s monumental film of William Wallace, the legendary Scottish rebel who lead the first war of Scottish independence against brutal English ruler King Edward the Longshanks, who wishes to inherit the crown of Scotland for himself, and to make Scotland free once and for all.

Epic storytelling and filmmaking on every level. Superlative in every way, from the screenplay by Randall Wallace (no relation), Period Detail, Production and Costume Design, Casting and Performances, Music Score by James Horner and pulse pounding battle sequences.

It tells the story of a police sergeant who is sent to a small innocently picturesque Scottish island village in search of a missing girl.

However, when he arrives and begins to investigate, the townsfolk claim she never existed, and as he digs deeper, strange things begin to emerge.

The best Hammer Horror movie Hammer never made! The less said the better on this one, only that Cinefantastique magazine described it as ‘The Citizen Kane of Horror movies’ and Total Film magazine named it six in their greatest British films of all time list.

Legendary co-star Christopher Lee has cited this as his favourite performance and film out of a career that spanned 281 performances over nearly 70 years.

Footnote: Avoid the woeful 2006 remake with Nicolas Cage like the plague, and be wary of shorter versions.

Director Robin Hardy would follow with an inferior sequel in 2011, and was working on the third of his Wicker Man trilogy, The Wrath of the Gods, at the time of his death in 2016.

To round out a Top Ten, we have the enchanting Walt Disney 19th century tale based on true events of an old and ailing shepherd and his little Skye Terrier dog, Bobby.

The shepherd loses his job and goes to Edinburgh. but soon after dies of pneumonia, Bobby escapes the farm in search of his master, who was buried in Greyfriars Kirkyard, the graveyard surrounding Greyfriars Kirk in the Old Town of Edinburgh.

Bobby finds his master’s grave, and it was during his search that he became well known among the locals and children.

But he would never leave his master’s side, spending 14 years guarding the grave of his owner until he died himself on 14 January, 1872, and is buried in the Kirkyard. Starring Donald Crisp, Laurence Naismith, Alex Mackenzie, and Gordon Jackson, this extraordinary story continues to

be well known throughout the world and encapsulate people of all ages to this day.

A prominent commemorative statue of Bobby stands at the entrance of Greyfriars Kirkyard with his grave nearby. Inferior remake in 2005.

Wee Geordie is a young Scottish man who is sent to the 1956 Melbourne Olympics to represent Britain in Hammer-Throwing, but insists on wearing his kilt which causes a stir.

Starring Bill (Born Free) Travers and Alastair Sim, this is a sheer delight from beginning to end! Includes images of Melbourne in the 1950s.

Paul Douglas, Alex MacKenzie and Geoffrey Keen star in this classic Ealing comedy set in post-war Glasgow, Scotland, of an American who falls foul of the captain of a leaky boat hired to carry a precious cargo to a remote Scottish island.

Loosely based on the character of Jimmy Boyle, this explores a Policeman (Ken Stott) who is out for retribution for the horrendous crimes against helpless people by a former notorious, torturer, killer, debt collector.

Billy Connelly like you’ve never seen him before, or since. Brutal, tough, compelling.

Young Gregory is a typically normal Scottish teen who is starting to find out about girls, and is infatuated with a classmate, so he goes to work on winning her affection, but youthful naivety gets in the way.

Comic great Peter Sellers in one of his funniest laugh-out-loud roles.

A comedy gem of an analyst from the U.S. who attempts to contemporise the late MacPherson’s tweed manufactures, shaking the very foundation of traditional men-only company.

Two young soldiers return home to Edinburgh and try to resume their romantic and family lives after serving in Afghanistan.

Adapted by the stage musical of the same name, this jukebox musical featuring songs by The Proclaimers is a fresh, funny, touching and infectious feel-good toe-tapping delight.