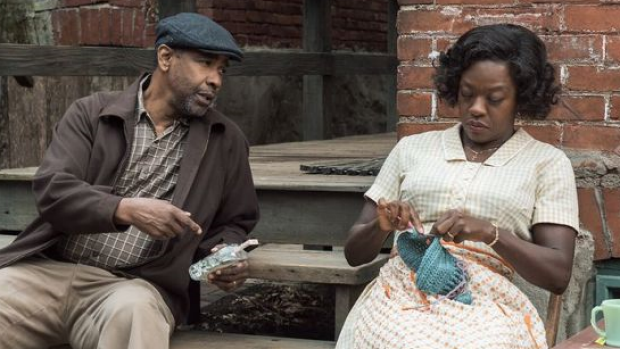 The perception that the three black- themed Oscar nominees – Moonlight; Hidden Figures; and Fences – are a reaction to the #oscarssowhite controversy over the past two years has clearly got Fences actor/director Denzel Washington concerned.

In the swirl of promoting the film he has politely pushed back at intimations of tokenism, saying how he had worked on the film version of August Wilson’s Pulitzer & Tony award-winning play for about a decade. Speaking to the New York Times he said: ‘They call Wilson the American Shakespeare. He’s not fulfilling any quota.’

Still on hot-button ground, Washington has also had to deal with Wilson’s insistence that any film of Fences should be made by a black director, an eternally controversial issue. Washington understands but qualifies the point, saying ‘You have to be able to understand the culture. Scorsese could have directed Schindler’s List, but there’s a cultural difference. This [Fences] is rooted specifically in African-American culture.’

This is very tricky ground, especially for Washington who gave one of his best performances in The Hurricane (1999), which was directed by Norman Jewison and which earned Washington an Oscar nomination.

Jewison has directed a number of acclaimed black-themed films such as A Soldier’s Story (1984) and In the Heat of the Night (1967) and, as reported by NYT, met with August Wilson to advise him about Hollywood and the wisdom of using a colour bar when choosing a director. Jewison does not like the notion ‘because that’s an apartheid idea, and I don’t believe in apartheid.’

The logic also doesn’t work. Once you begin determining merit on the basis of skin colour your moral credibility collapses. Some of the best black-themed films, both classic (The Defiant Ones; 1958; Stanley Kramer) and recent (The Help; 2011; Tate Taylor), have been directed by white people.

See how far that gets you. For if such warped thinking had been applied to the film version of Fences it would still just be a nice idea and not an Oscar front-runner.

Togetherness, folks. That’s what it’s all about.

‘LION’ EATS UP AT BAFTAS

If there’s anybody who should be heeding signs from Fate to be more careful it’s Harrison Ford. Having survived a more-serious-than-reported on-set accident while making Star Wars: The Force Awakens (which could have killed him), and crash landing his light plane on a golf course in 2015 – a brave move that averted a far worse fate had he gone back to the airport – Ford this week nearly had a major encounter at John Wayne Airport in California. Coming in to land he went to the wrong runway and passed over a laden 737 airliner that was about to take off.

An enthusiastic and skilled pilot, it seems that The Force – the Star Wars Force, not the Air Force – might be tapping Ford on the shoulder and advising him to ease up a bit.

After all, he might have died in Episode VII, but we wouldn’t want to discount the possibility of him returning as an advice-dispensing apparition in future Star Wars films.

Everybody’s favourite Danish controversialist Lars Von Trier – he gave us Nymphomaniac, Dogville, Melancholia, Antichrist and the largely pointless Dogma 95 movement – has informed The Guardian news organ that his new serial killer film The House That Jack Built (starring Matt Dillon) ‘celebrates the idea that life is evil and soulless, which is sadly proven by the recent rise of the Homo Trumpus ? the rat king.’ He said this just before Valentine’s Day, and it’s the first mention he’s made of freshly minted US President Donald Trump in association with the film, even though it’s been in pre-production for months.

Far be it for anybody to accuse Lars of jumping on the over-crowded Trump-as-punchline bandwagon, but he’s perhaps being a bit opportunistic here given that it’s something he would surely have mentioned from the start if it was really the case.