Police on the Mornington Peninsula have been slammed over a sarcastic social media post that said being a victim of crime was “awesome”.

Mornington Peninsula police posted a message to its public Facebook page asking locals if they would consider “giving up being a victim of crime” as part of Feb Fast.

“I understand what they were aiming for, but they’ve missed the mark,” Dee Dee Dunleavy said on 3AW Afternoons.

Crime Victims Support Association president Noel McNamara said it was a “sick joke” and offensive to victims of crime.

“I thought it was disgraceful, really,” he said. 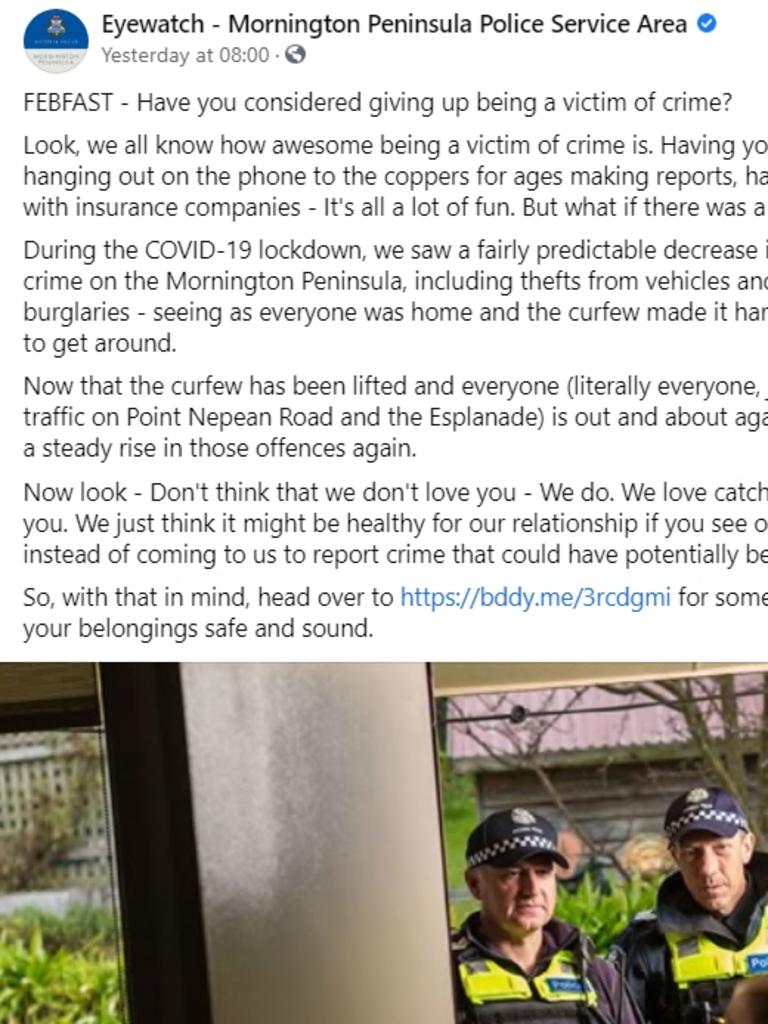