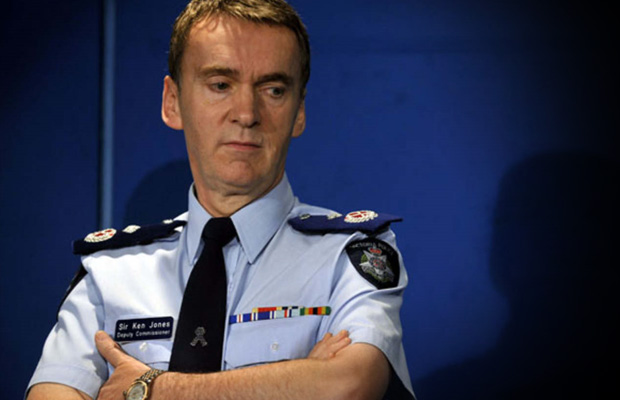 The former Deputy Commissioner of Victoria Police took centre stage in the lead up to Christmas, and there was a sense by some that his evidence didn’t receive the attention it deserved.

3AW’s Neil Mitchell was among those who thought Sir Ken Jones’s insight deserved more attention, calling in to Tony Jones, who was filling in for him over the summer break, to emphasise its importance.

Baker followed their advice and found himself fascinated by several observations Sir Ken made regarding the 2010 death of Carl Williams in Barwon Prison.

“One of the things that really stood out was the dynamic between Victoria Police and Corrections Victoria,” Baker told Ross and John on 3AW Breakfast.

One of the most startling comments was in relation to what police found after Williams was killed.

“They found in his cell and unit an illegal bugging device,” Baker went on.

“And to this day, no one’s been really able to answer about who put it there, who was listening, how long it was there, what information was gleaned from it, and how did it affect other trials.

“Sir Ken described it as an amateur operation; it was a pretty crude device.

“At the time they found it, it was deactivated.

“It looked like the control electronics … went to an area that was controlled by (Corrections Victoria) staff.”

Baker also told Ross and John he was also surprised by Sir Ken’s account of the level of co-operation from Corrections Victoria staff in the police investigation.

“One of the other really interesting things is he accused Corrections Victoria of basically obstructing justice,” he said.

“(Sir Ken claims) Department of Justice and Corrections Victoria staff were told they didn’t have to talk to police if they talked to their own internal investigation.

“That’s pretty unusual, and sort of raises my eyebrows and certainly raises the eyebrows of the people who suggested I have read (of Sir Ken’s evidence).

“The other thing was that the police team got some warrants to go into the Department of Justice to go and seize some material and they were kept at reception for several hours.

“So they were actually denied entry to a building they had a warrant for by a government agencies.”

Sir Ken said that had he known, he would have ordered the officers enter with force.