Sly Of The Underworld

Sly Of The Underworld had quite the surprise for Ross Stevenson on Wednesday.

He came into 3AW Breakfast armed with a poem.

It was written by the infamous Mark ‘Chopper’ Read while he was in prison in 1991.

And it was about a particular radio show Ross used to host. 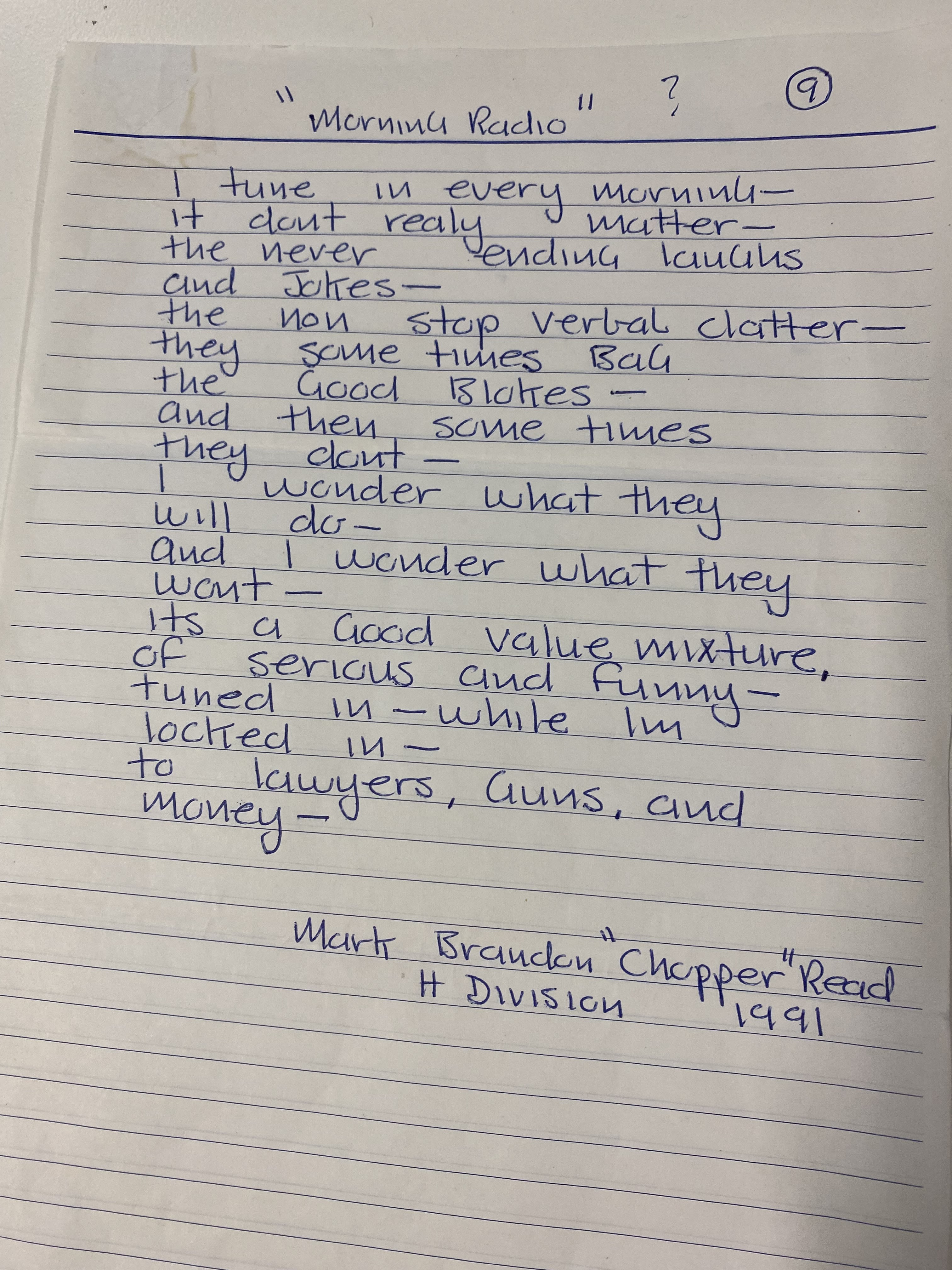 Sly also went on to explain the likely origin of the iconic “no cash here” scene in the 2000 film Chopper, which starred Eric Bana.

Press PLAY below to hear the poem and Sly’s insight!

sly of the underworld