Listener Phil reported the vandalism to Ross and Russel.

“The window is broken, not completely shattered,” he said.

“There’s spray paint all over the front.”

The office has been graffitied with the words ‘Sack Dan’.

Bricks, which were likely used to smash the windows, are lying on the footpath in front of the office. 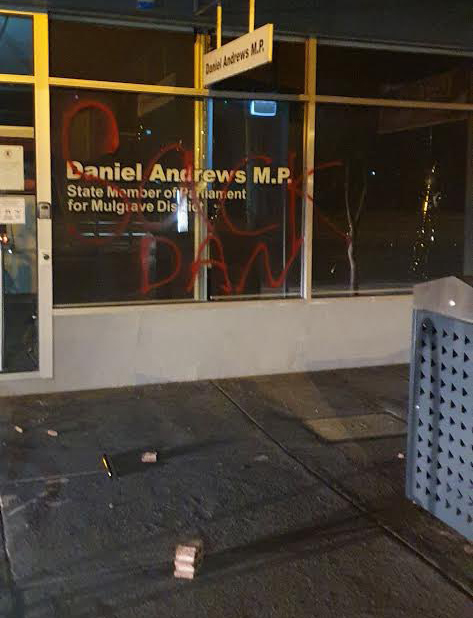