In a sentence: all-you-can-eat conveyer belt hot pot in a nightclub setting
The damage: $90pp unlimited food
Top tip: follow the instructions at the “sauce station”
Quench your thirst: with a cocktail based on Taoist elements
If you like this: try Panda Hot Pot in the former Dracula’s site in Carlton, a two-storey Sichuan restaurant with live entertainment and a 1.5 tonne steel dragon suspended from the ceiling.

This week I’ve combined a nightclub with a hot pot restaurant with a sushi train with an all-you-can-eat buffet.

Enter Chef David Kew. It opened earlier this year at 140 Cotham Road and is the most recent iteration of the popular David Hot Pot restaurants that are scattered around the city, Box Hill and Glen Waverley. 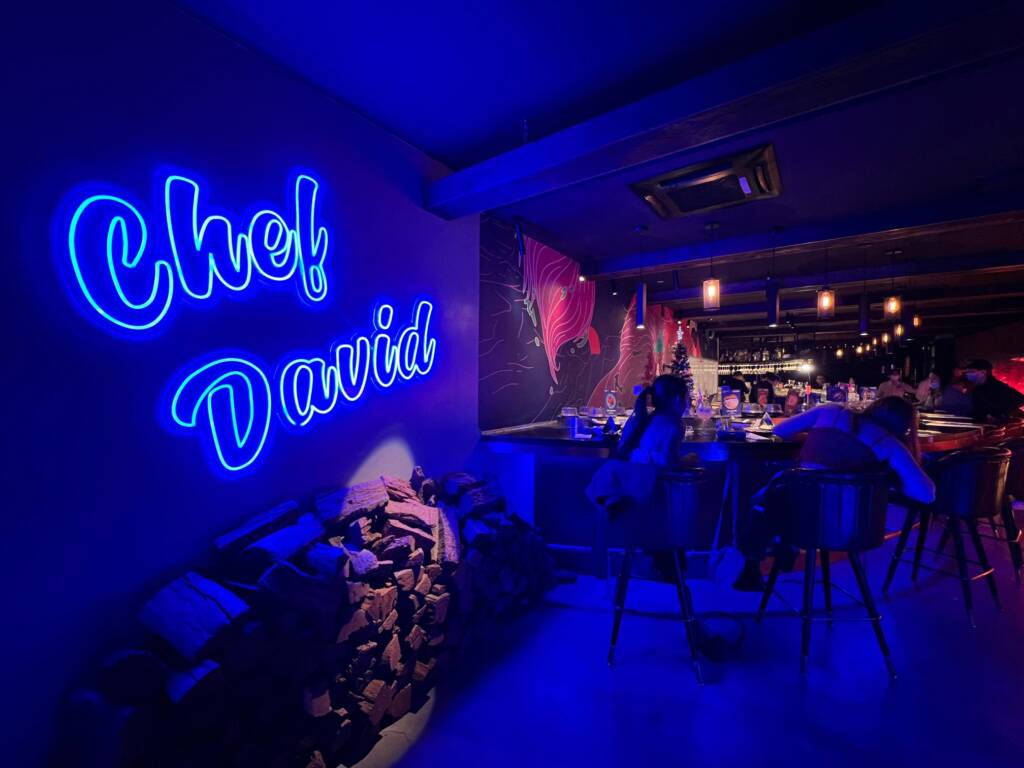 This version is totally different. Indulge me while I walk you through it, because this is a total experience. As you enter the first door from the street, you’re in a concrete, gallery-like room with white neon dates on the walls spanning 2019 through to 2042. Cursive neon writing on the other wall reads like an inspiration wellness meme: try new things; feel alive, etc. Continue through a curtain of chains and you’ll reach a giant, KAWS-seque figurine guarding a mirrored door. There’s a sign that tells you to wait to be seated, which is misleading, because I can assure you that after standing there for two minutes, no one comes to get you.

A host will however greet you on the other side. When we visit, a house-y Michael Jackson remix is playing, but not too loud. The room glows blue, contrasted by LED flames on the right wall that will later switched to a snowy mountainscape.

The host will ask if you’re joining for a la carte, in which case you’ll be escorted to the restaurant seating at the rear, or shabu shabu; the all-you-can-eat, conveyor-belt option that costs $90 per head, seated up at the bar. 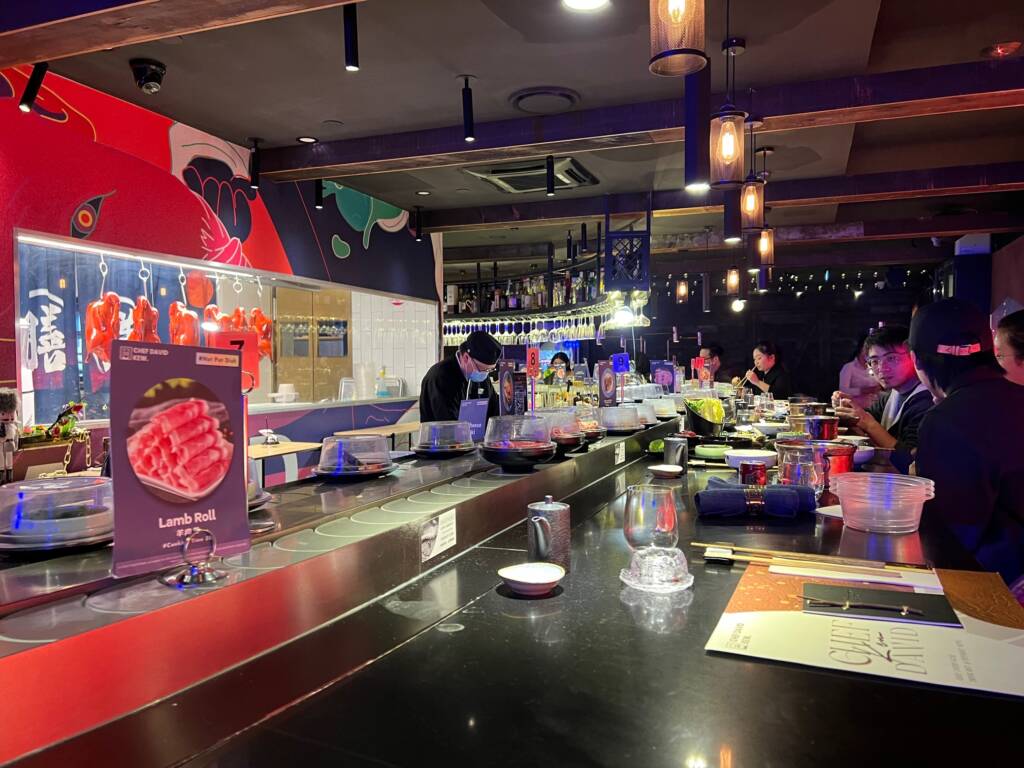 In front of each place setting is an individual electric hob for your hot pot. But before you can eat, there are some choices to make. You start with a tasting menu, which includes five out of a possible eight dishes. They might be lobster sashimi with fish roe, a selection of five pieces of sushi from unagi to torched salmon and fatty tuna, uni chawanmushi, tempura and M9+ wagyu slices with truffle paste.

As you wait for the dishes, someone will come around with a Lillet Rose aperitif. Your next choice is your soup base. There are eight in total, and staff recommend the rich, eight-hour tonkatsu pork broth. I think the better option is the mushroom and pork bone broth, which is lighter and more balanced. If you want something spicy, they’ll recommend the laksa and steer you away from the signature Chengdu spicy broth, which is simmered for 48 hour with 130 herbs and spices, but that apparently causes even chilli connoisseurs to break out into a sweat. 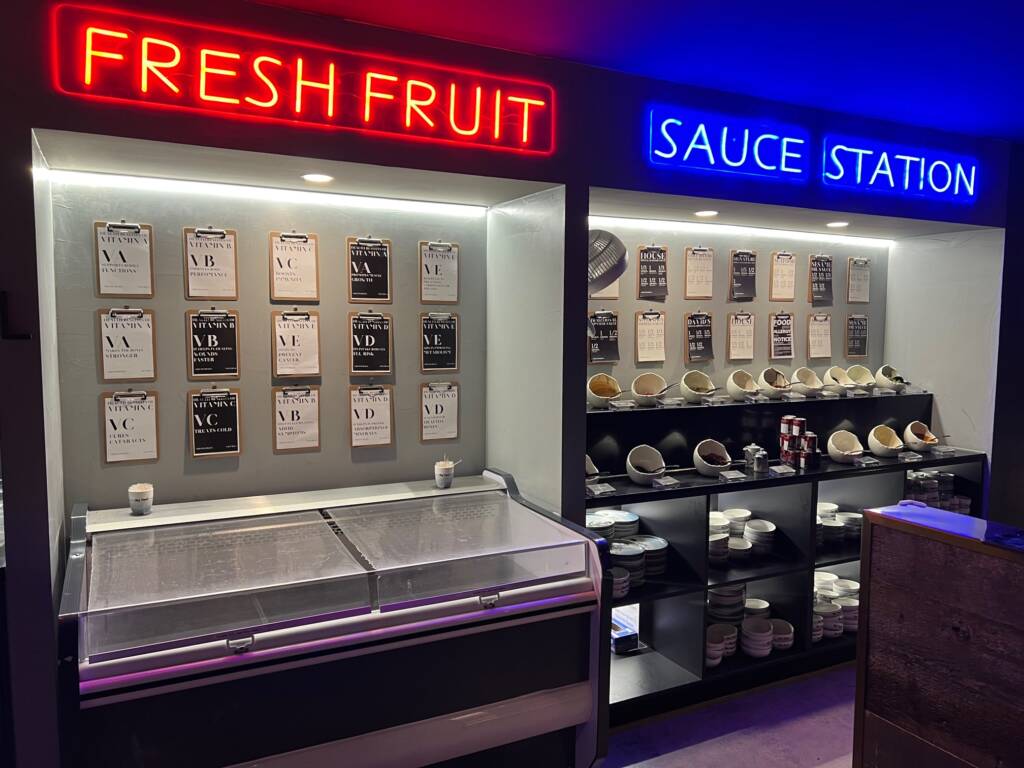 While waiting for the food to kick off, visit the sauce station at the back of the restaurant. This is where you’ll find hot pot dipping sauces, along with recipe cards fastened to the wall so you can accurately mix the ingredients for seafood, meat, etc. FYI, those little red cans are sesame oil. 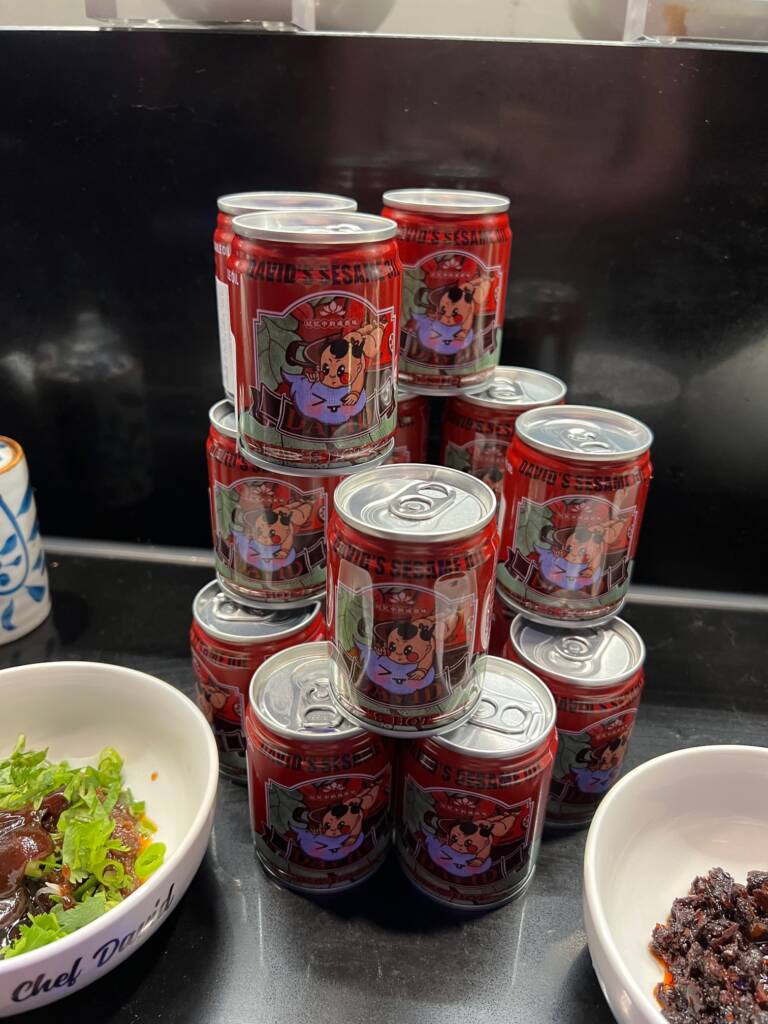 When the time comes to attack the conveyer belt, know that some dishes are ready to eat, like oysters, marinated octopus, seaweed salad, steamed chicken and sushi. The rest go in your broth, with the cooking time suggested on the accompanying cards. There are some 40 dishes on rotation. Think thinly-sliced rolls of beef and lamb, quail eggs, abalone, scallops, king prawns, noodles, fish balls, luncheon meat, vegetables, tofu and more. 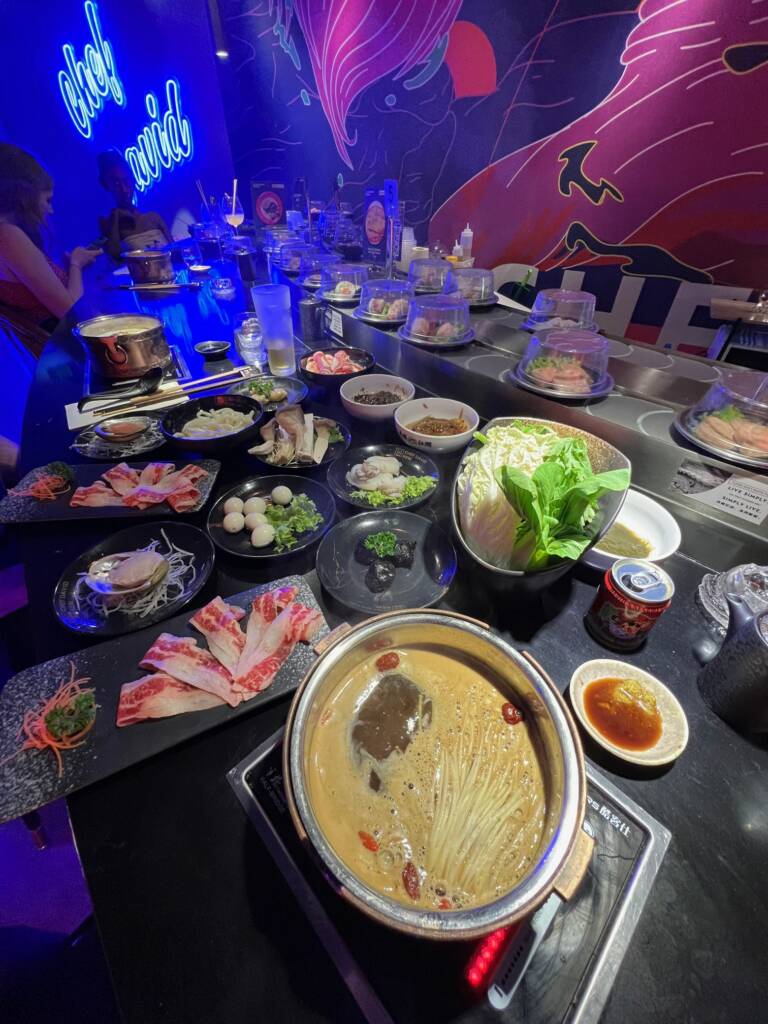 Towards the end of our meal I was mid-way through a mouthful of noodles when dessert arrived unannounced – a matcha-heavy square of cheesecake and scoop of coconut ice cream. When I asked for it to be put back in the fridge to avoid melting, a waiter explained that the 8pm session usually finishes at 10pm. It was 9.26pm. Despite this, the service was actually fantastic and highly systemised. There’s a lot to take in and they do a wonderful job of explaining it, and then making sure glasses are filled and the space is cleared as plates pile up.

Chef David Kew might be a lot, but it’s also a lot of fun.