Construction will begin on Monday on a major road through Southbank, with the number of lanes to be halved and the space used for parkland.

As reported in The Age, the $35 million project will open up 2.5 hectares of new public space, much of it in front of the ABC studios on Southbank Boulevard and behind the Victorian College of the Arts.

“It should look pretty spectacular, and if it works, this is something we hope we can roll out across the whole city.”

“The City of Melbourne has had a policy in place about planting more trees and you can see that in suburbs already like North Melbourne,” she said.

“So an effort like this to just green a part of Melbourne on a road which has been underutilized for some time I think we have to welcome.”

There will be 87 trees cut down along the length of Southbank Boulevard, with plans to replace them with 300 new trees.

Road will be shut between St Kilda Road and Sturt Street from Monday with the project due for completion in August next year. 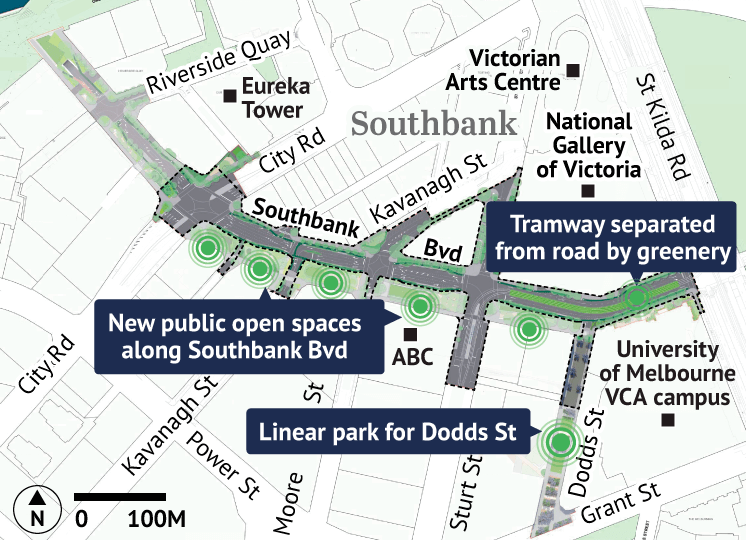