An offensive letter described as racist and “shocking” has been handed out to businesses and residents in Montmorency.

The letter writer encourages locals to report suspicious activity to police and says those responsible for an armed robbery at the local BP are “looking for their next target”.

The letter was sent after a petrol station worker was attacked with an axe on Wednesday in the suburb.

Deborah, head of the Montmorency Traders Association, said it was horrible and those behind the cowardly letter distributed it anonymously.

“I was shocked and stunned,” she said.

“I had to read it a couple of times to understand what I was reading. It left me speechless.”

In a statement, police said they are investigating after the letter was distributed around Montmorency yesterday.

“We ask anyone who witnesses, or is subject to discrimination or victimisation on the basis of any of these characteristics, to inform police immediately.” 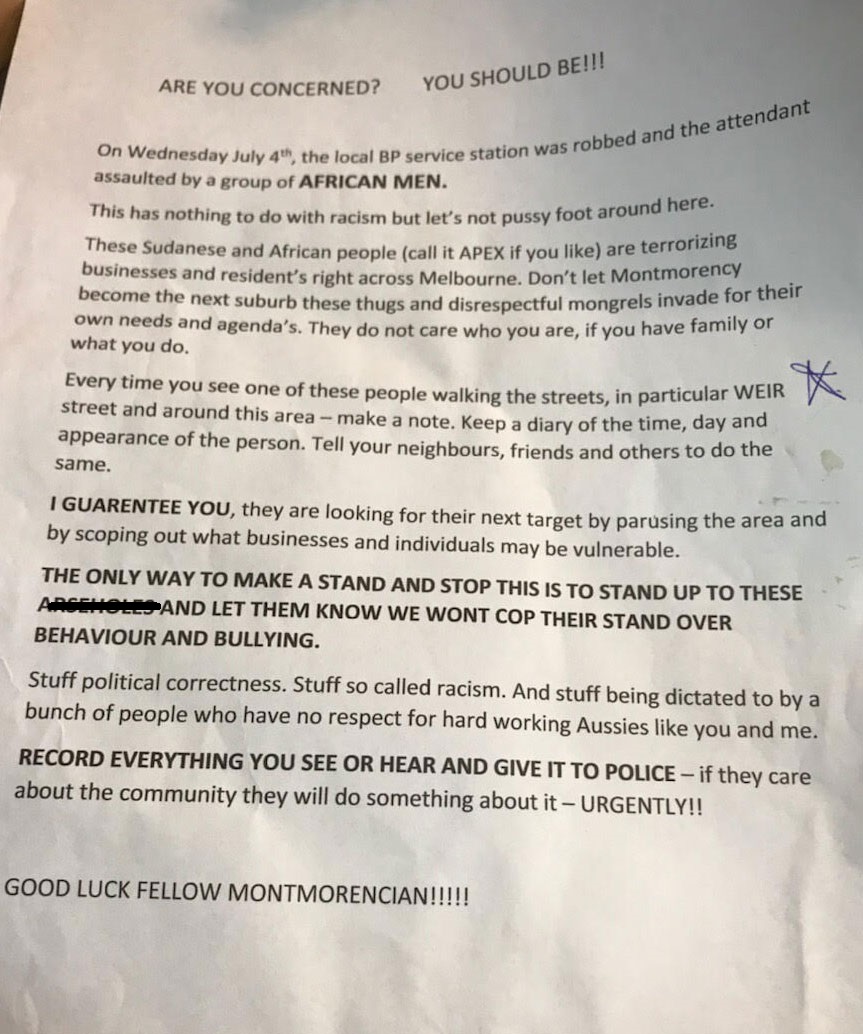 The letter sent to businesses and residents