Neil Mitchell: The ‘awful symbolism’ that shows Victoria ‘got it wrong’ on Anzac Day

While those who attended the Anzac Day dawn service at the Shrine of Remembrance were forced to stand behind a fence, and fewer than 5000 participated in the CBD march, almost 80,000 attended the MCG for the Collingwood v Essendon clash.

“What we’re saying, by that symbolism, is sport is more important than sacrifice,” the 3AW Mornings host said.

But RSL Victoria CEO Jamie Twidale says the comparison between the march and the football isn’t fair.

“When you go into the football you have to stay in a zone, you’re in a zone with a relatively small number of people and you’re not able to go out of that zone,” he said.

But Mr Twidale acknowledged it “doesn’t look good” ands agreed the fence at the dawn service run by the Shrine of Remembrance was not ideal.

“The fence was not our preferred option,” he said.

“We also empathise that the Shrine wasn’t sure what they were going to get on the day.

“We really do want to learn from the lessons of this year so if we are still in a pandemic environment next year, we can do better.” 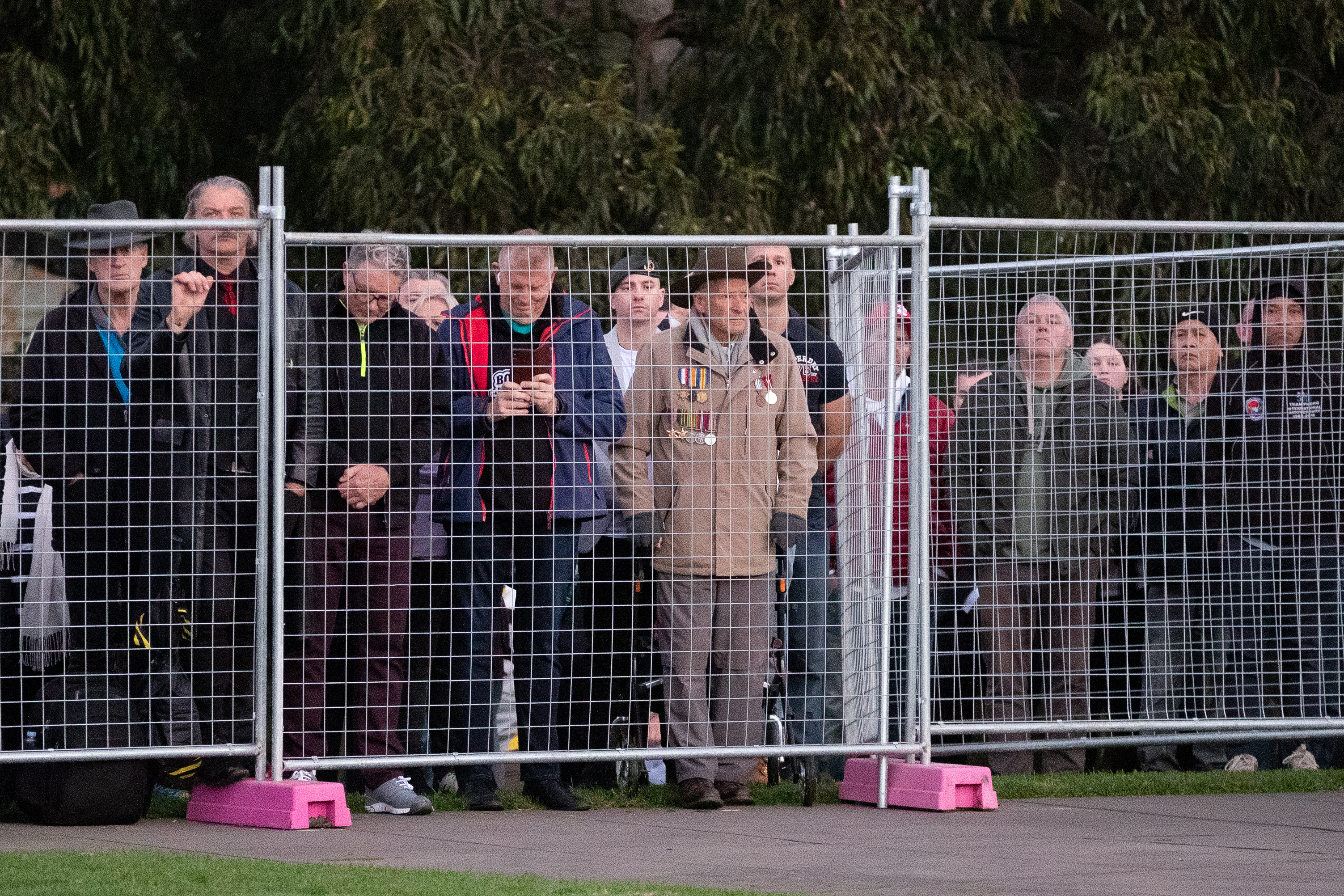 Crowds at the dawn service at the Shrine of Remembrance. Image: Asanka Ratnayake / Getty 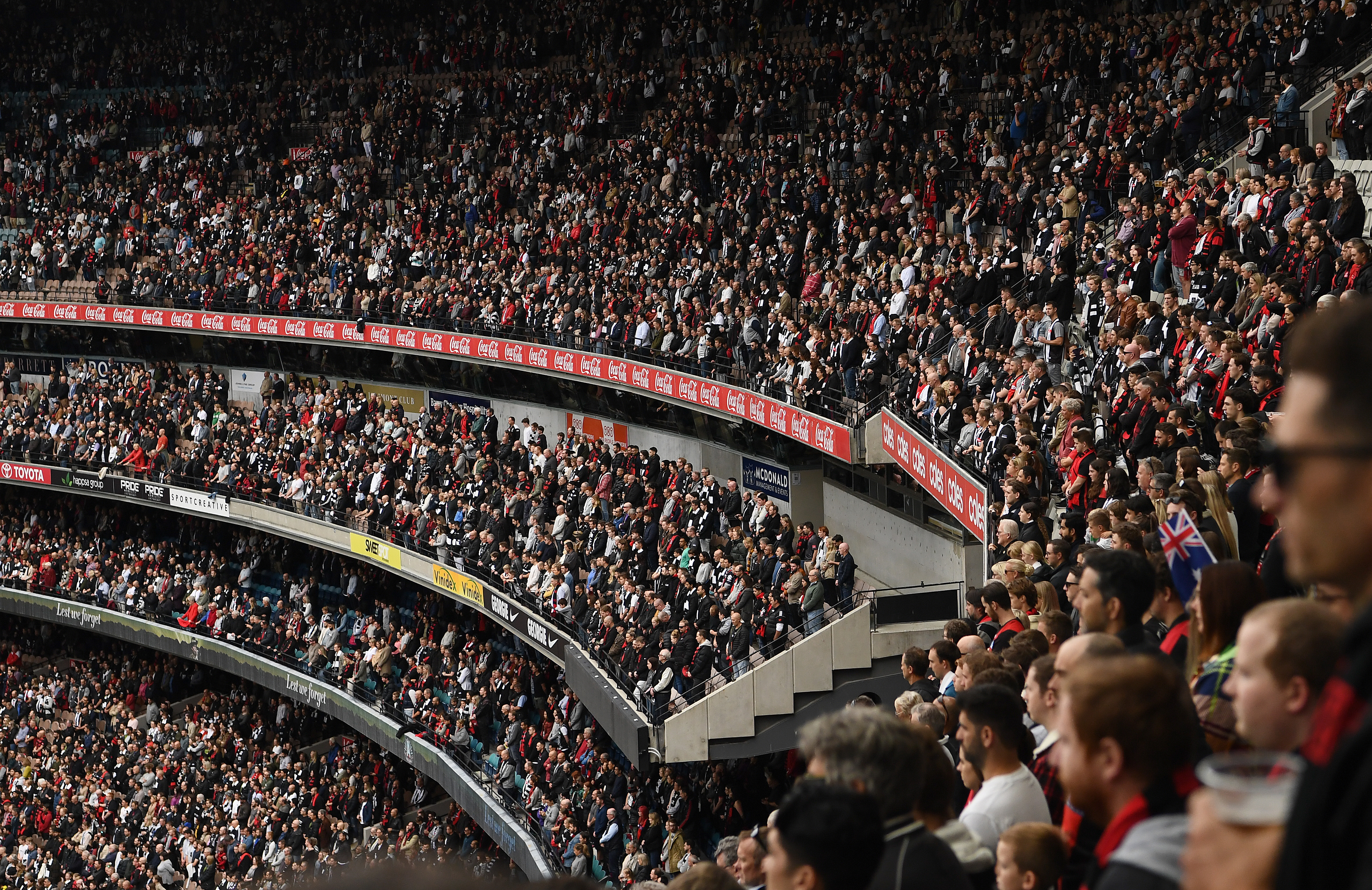