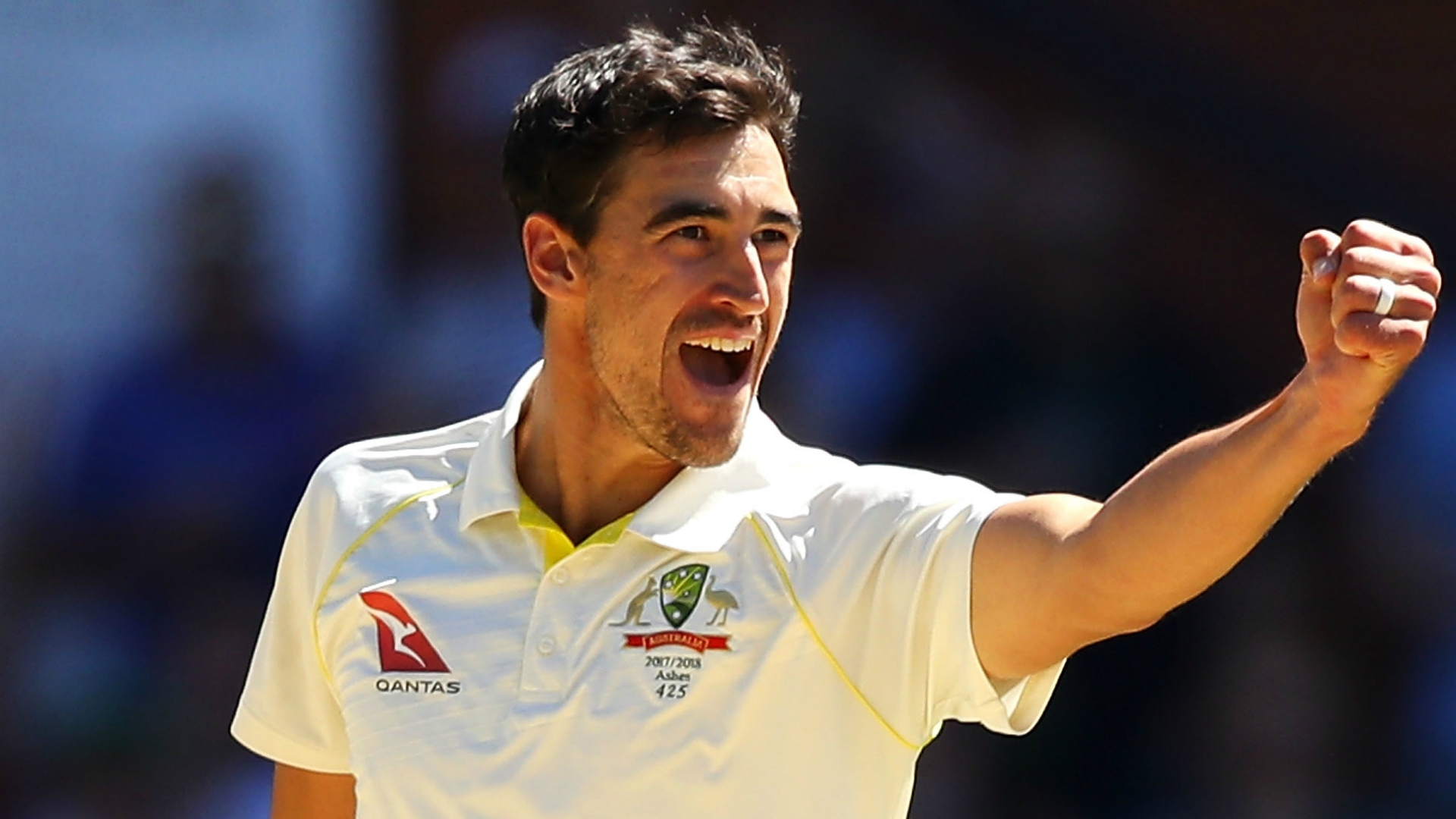 Brace yourselves England, Australia can get even better. That is the warning from Mitchell Starc after the star paceman hit back at Trevor Bayliss and suggestions the Aussies have been left unsettled by tourists following the Adelaide Ashes Test.

Australia took control of the series on Wednesday, moving 2-0 ahead and a step closer to clinching the urn thanks to a 120-run win in the day-night match at Adelaide Oval

However, England’s Australian head coach Bayliss claimed the hosts were carrying “some scars” heading into the Perth Test after Joe Root’s men threatened to pull off an unlikely victory having fought back on day four.

Starc – who finished with eight wickets after posting figures of 5-88 in the second innings – laughed off Bayliss’ suggestions on Thursday.

“They had to give it their all during the week to get themselves into a position to have a chase in the fourth innings and to come up short,” Starc said.

Starc added: “The exciting thing is our bowling group can still get better.

“We’ve obviously managed to take 40 wickets in the last couple of weeks and do some really good things, but I think there’s still a lot of room for improvement.

“The same can be said of our batters, so it’s a really exciting spot to be in.”

The third Test gets underway on December 14 and Australia have the opportunity for an unassailable 3-0 lead.

“Obviously we won’t know until we get there next week but hopefully we see a nice, fast, bouncy wicket,” he continued.

“Hopefully a WACA of old and we can get stuck into their batters again as a bowling group.”

Starc leads the way for bowlers in the Ashes with 14 wickets after two Tests, three ahead of in-form spinner and team-mate Nathan Lyon, while fellow quicks Josh Hazlewood and Pat Cummins have taken seven apiece.

“Having grown up together – Gazza [Lyon] is a bit older – we spend so much time off the field as a group as well,” Starc said. “We’re really close mates so I think that shows in the way we play our cricket. We’re gelling really nicely and we complement each other really well.

“Gazza’s bowling outstandingly at the moment. That allows the other three of us to do what we need to do from one end if need be. And then Josh does what he does and allows Pat and I to bowl as fast as we want.”