Western Australia is without a doubt the road trip state, where unspoiled nature, unrivalled adventure and mouth-watering food and wine greets you at every turn.

This time Steve Price hit the road to discover the best of Australia’s Coral Coast.

From the incredible Ningaloo Reef to the stunning beaches of Coral Bay and amazing culture and wildlife of Shark Bay… this could be the most beautiful stretch of coastline in the whole country.

This is Steve Price’s guide to WA’s incredible Coral Coast.

Steve jumped on a short flight from Perth to Exmouth and picked up his rental car at Learmonth Airport.

First stop for Steve was a visit to Froth Craft Brewery in the middle of town.

He took on a tasting paddle, the fresh fish tacos and a chat with passionate part-owner Pete Firth. 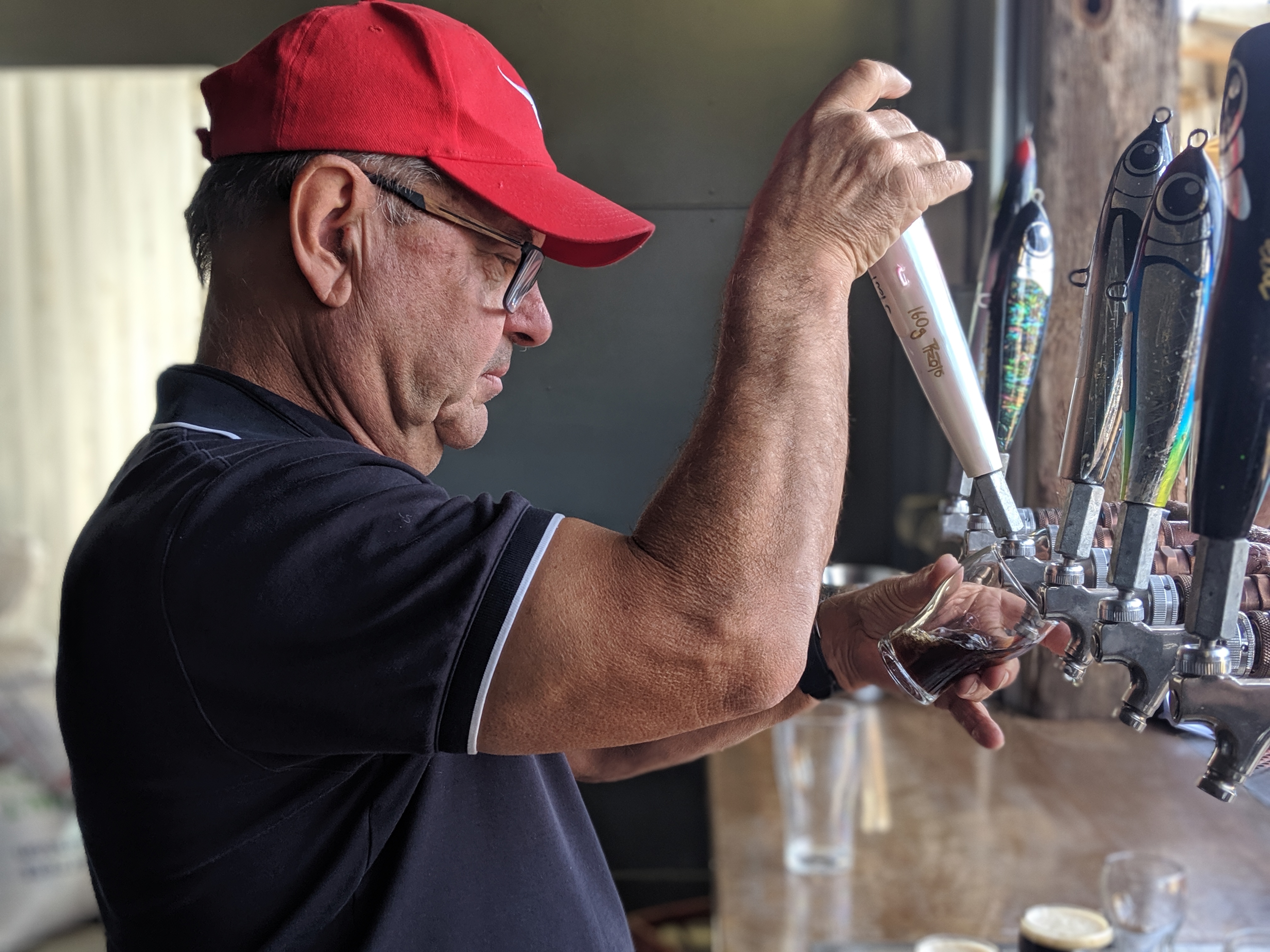 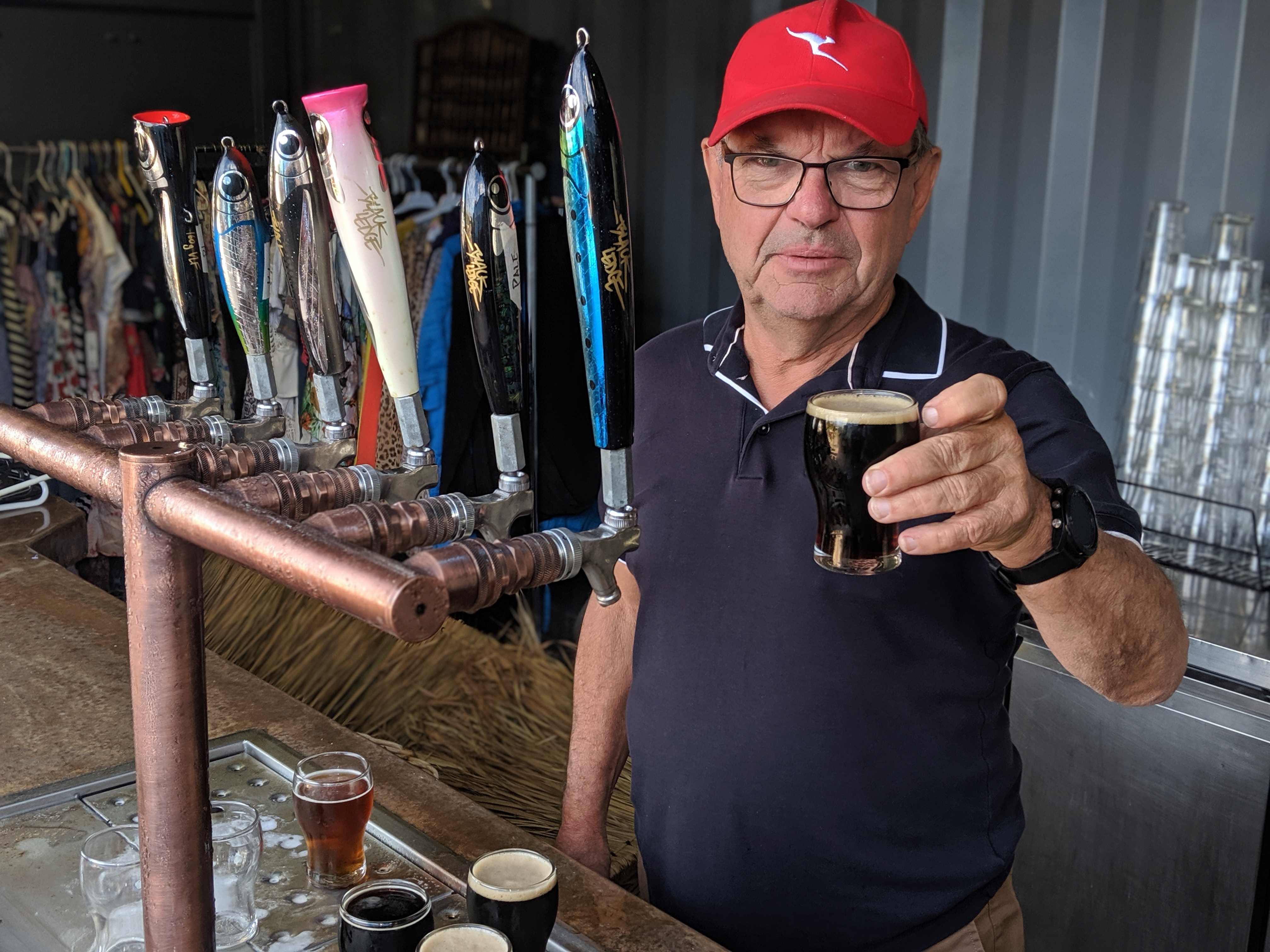 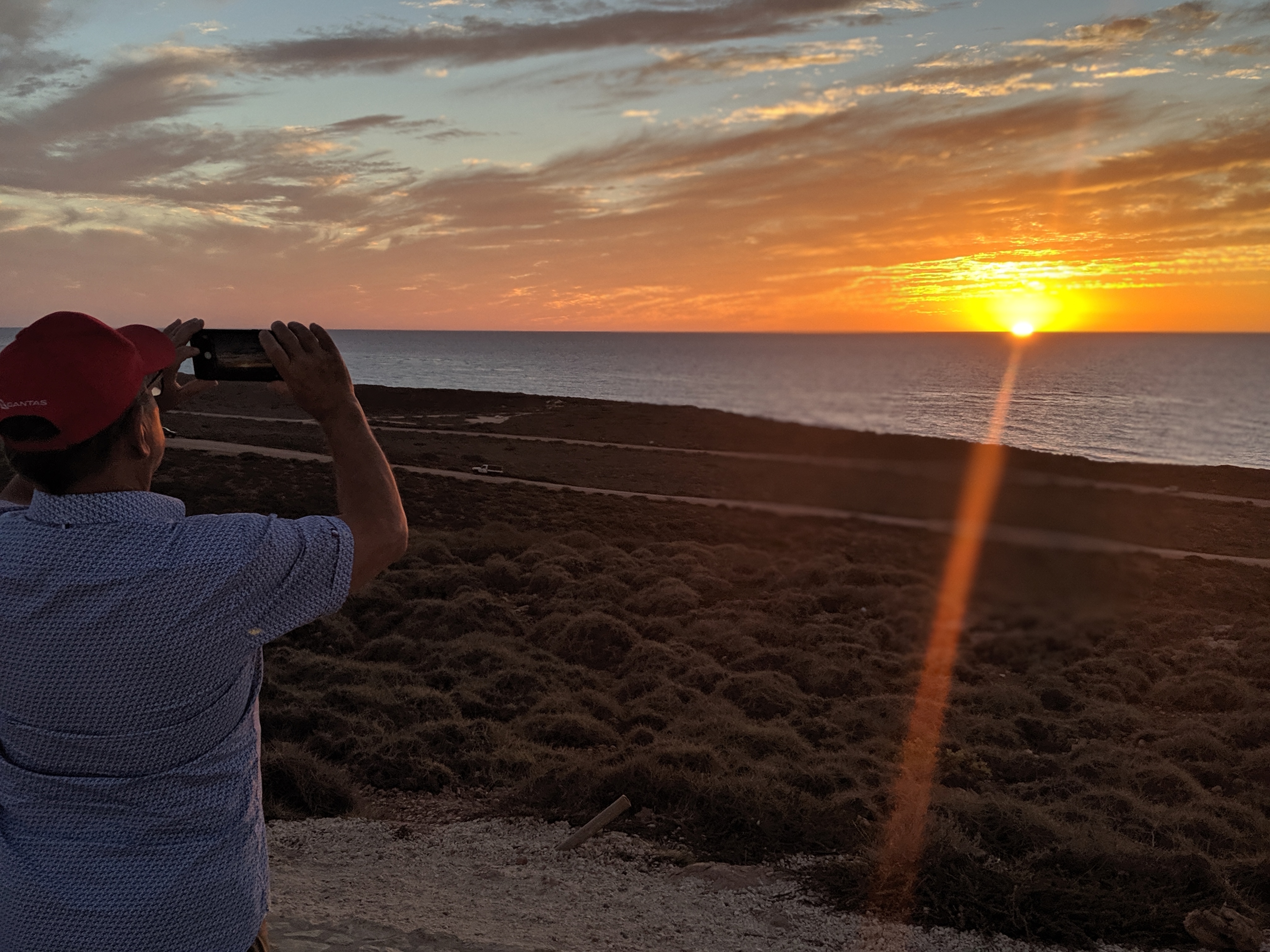 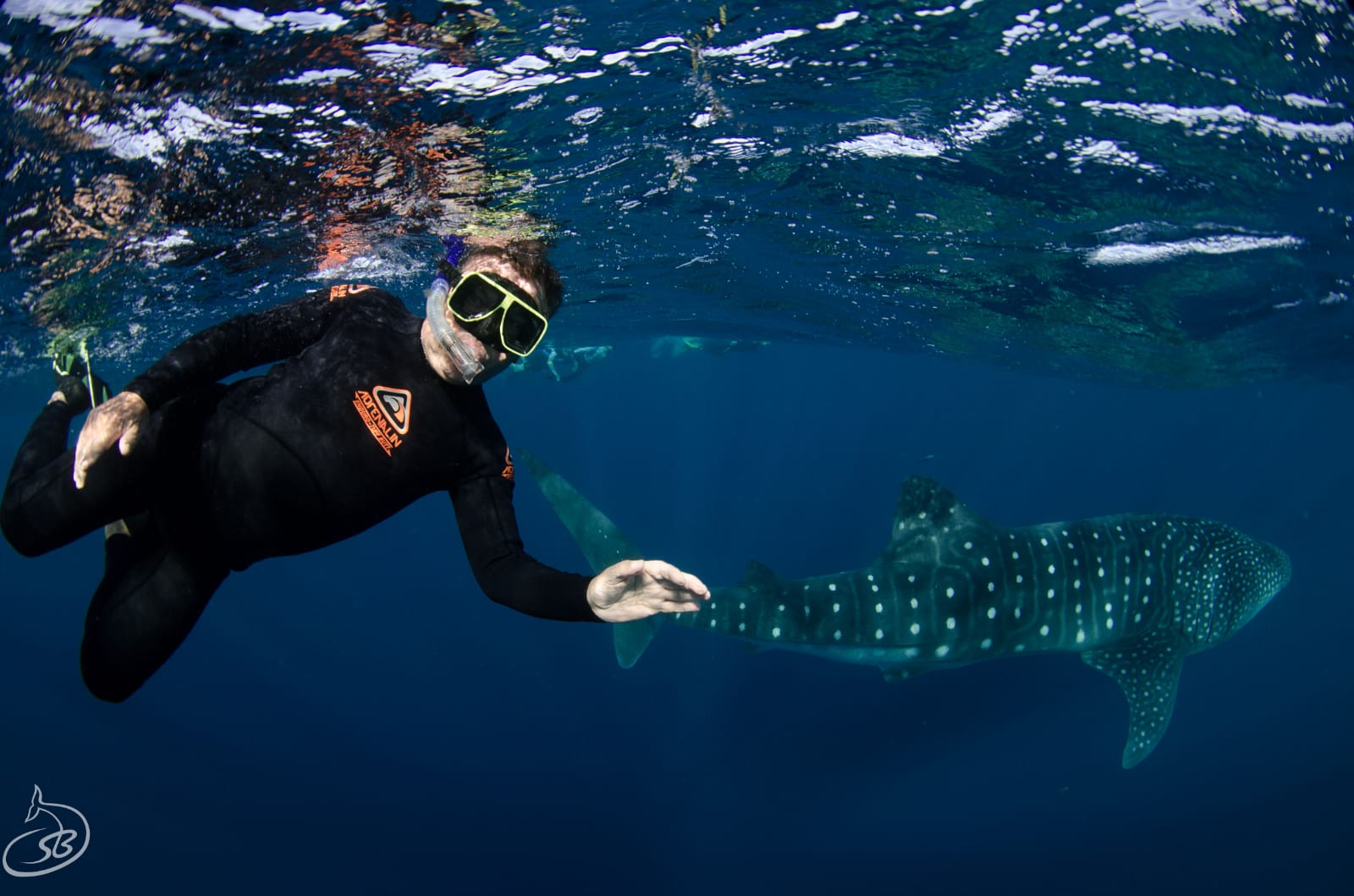 In the evening he took a tour with Anne from Cabs on Call, who explained the fascinating US military history in Exmouth.

They finished at the lighthouse to take in a WA specialty, a sunset over the ocean… with a bottle of bubbly for good measure.

The next morning it was up bright and early for one of the highlights of the trip… diving with the whale sharks off Ningaloo Reef.

Exmouth Dive and Whalesharks Ningaloo is one of a handful of operators that takes small groups to swim with the world’s largest fish, between March and August each year.

Steve was lucky enough to spot four of the majestic creatures, diving repeatedly with the docile giants as they cruised along just below the surface.

Steve continued south to the picturesque Coral Bay, taking a quad bike tour through the sand dunes and finishing with a sunset snorkel on the reef, which starts just 20 metres from the beach.

Next stop was Monkey Mia but not without a check-in at the Wooramel Station River Retreat.

Steve tucked into a campfire lunch with owner Rachael and had a relaxing soak in the natural artesian baths before hitting the road again. 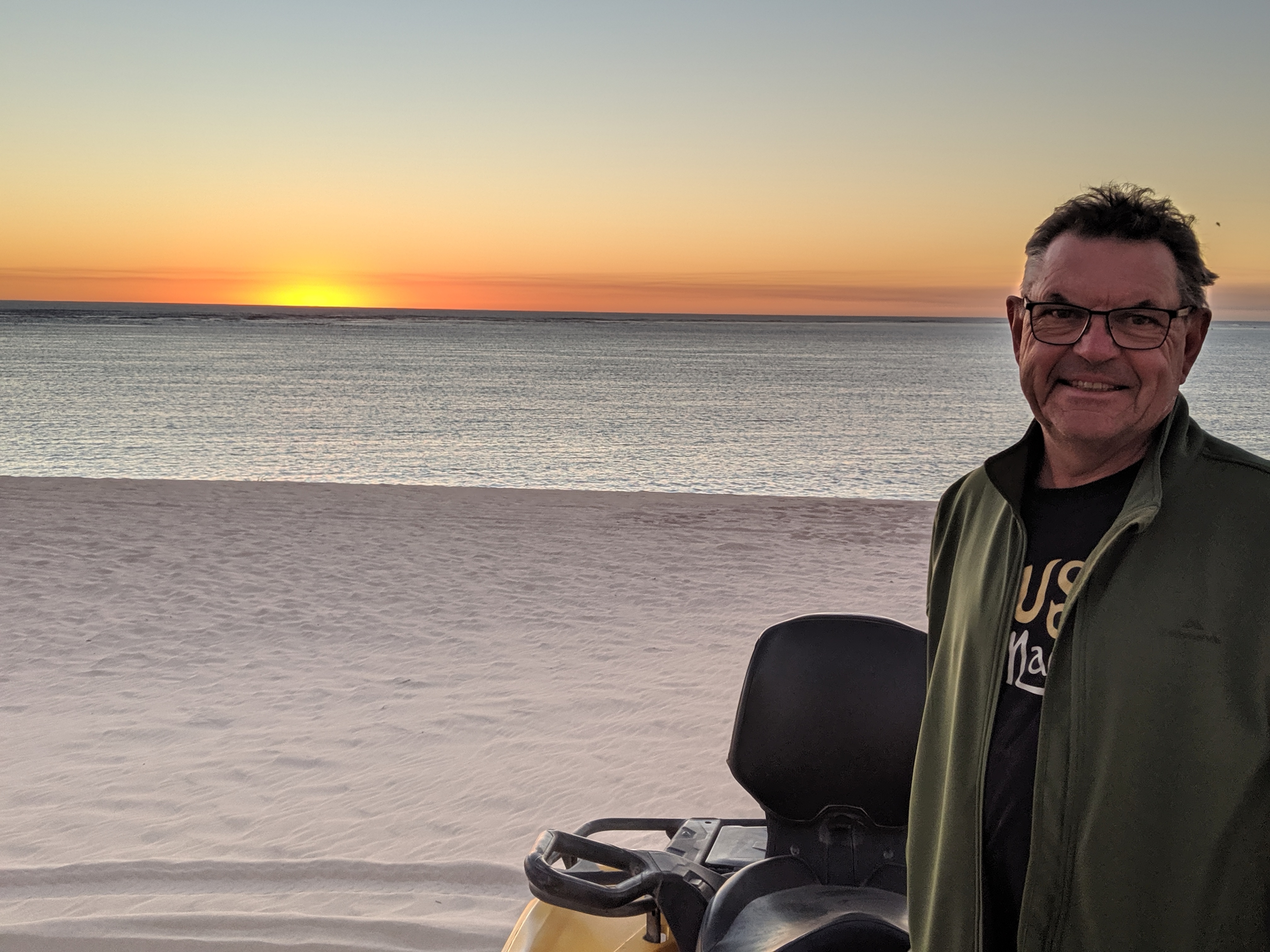 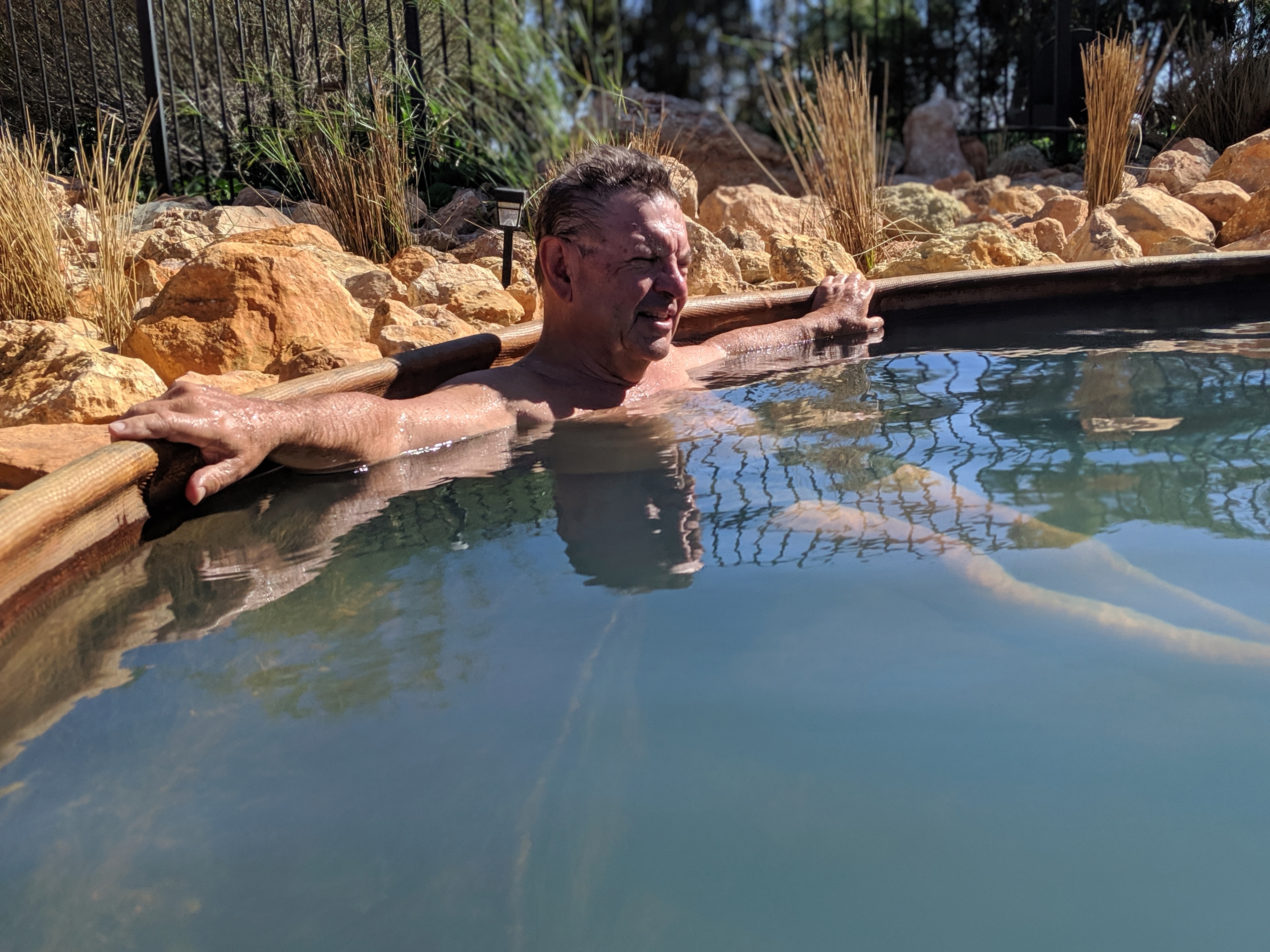 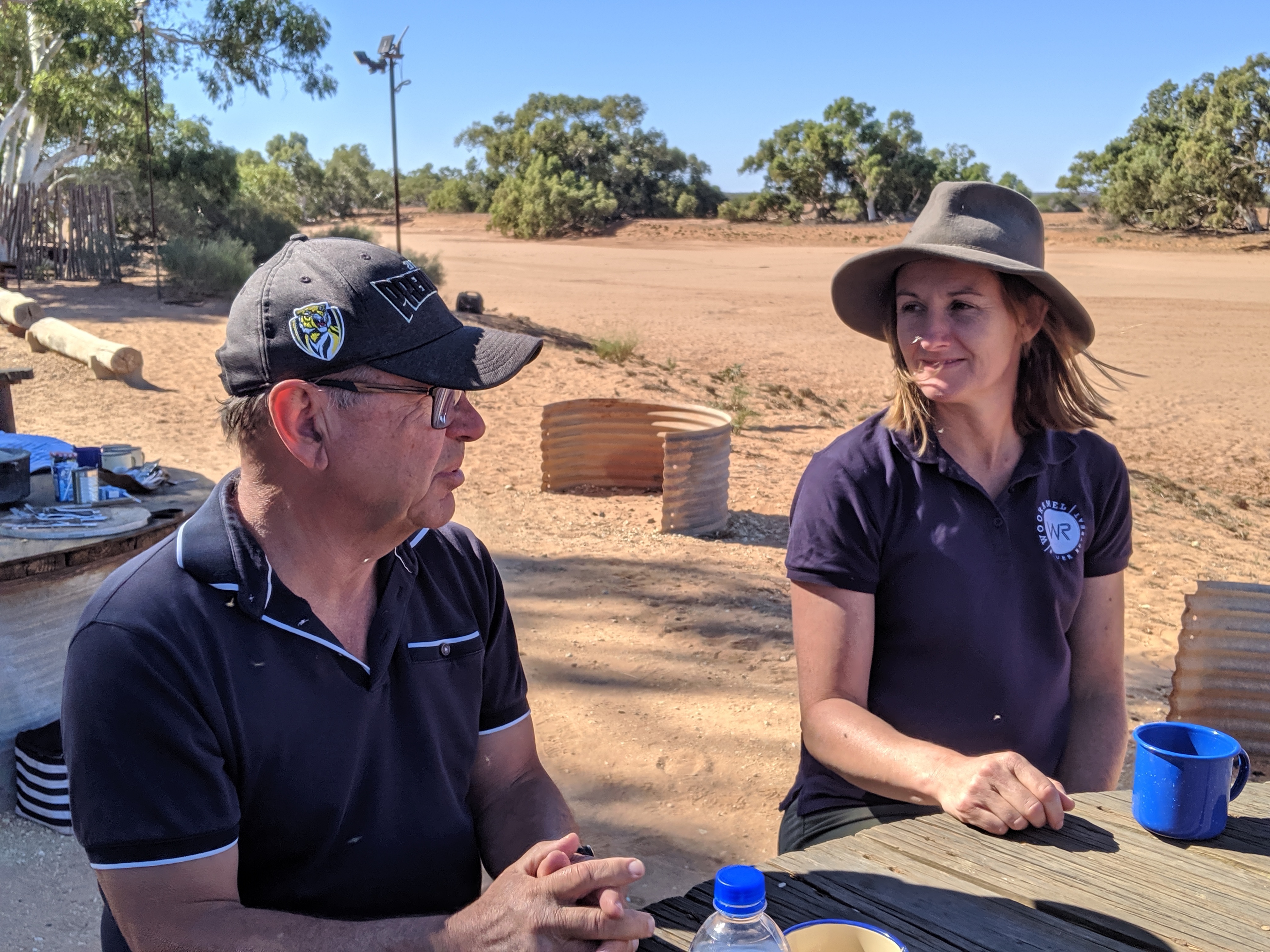 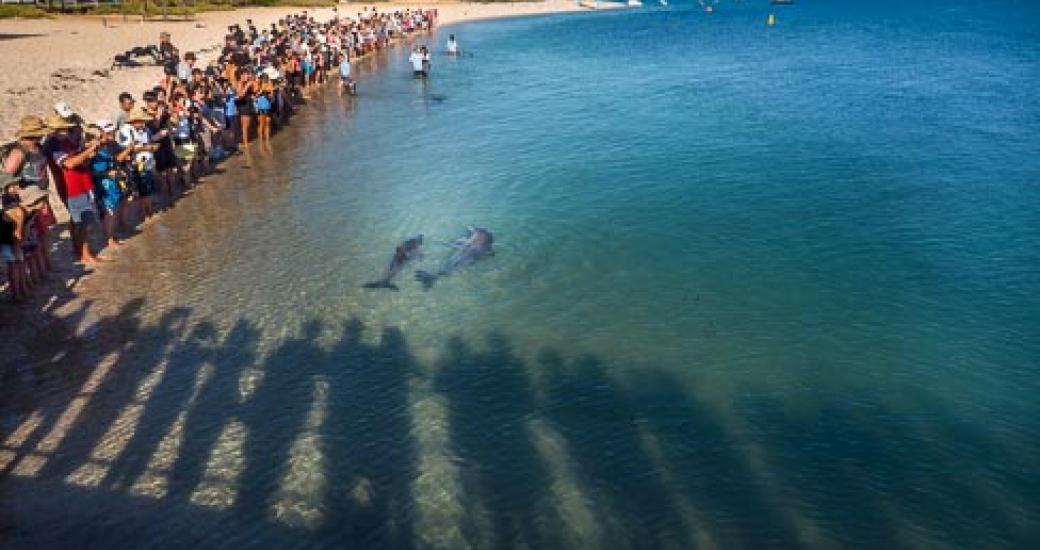 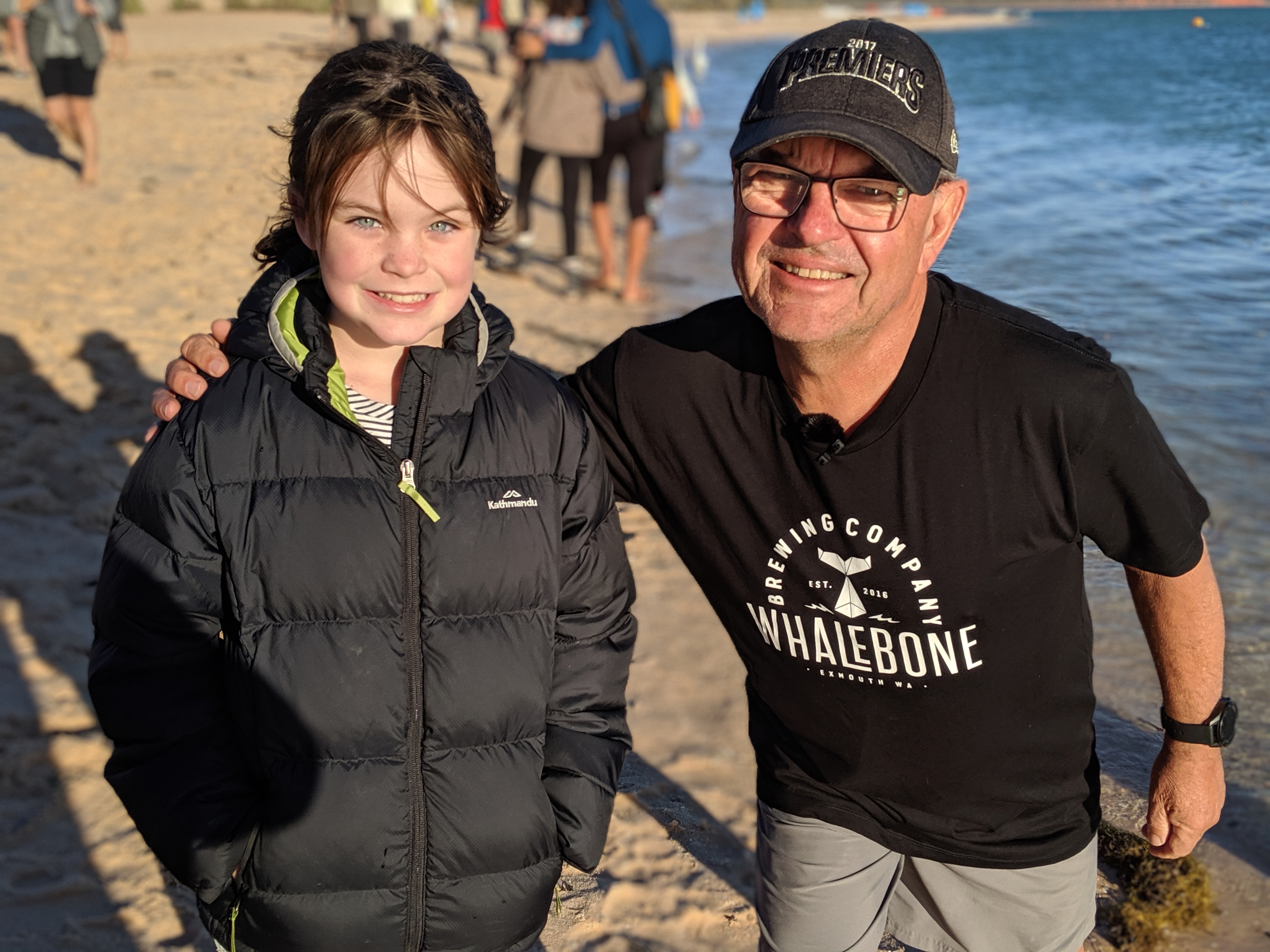 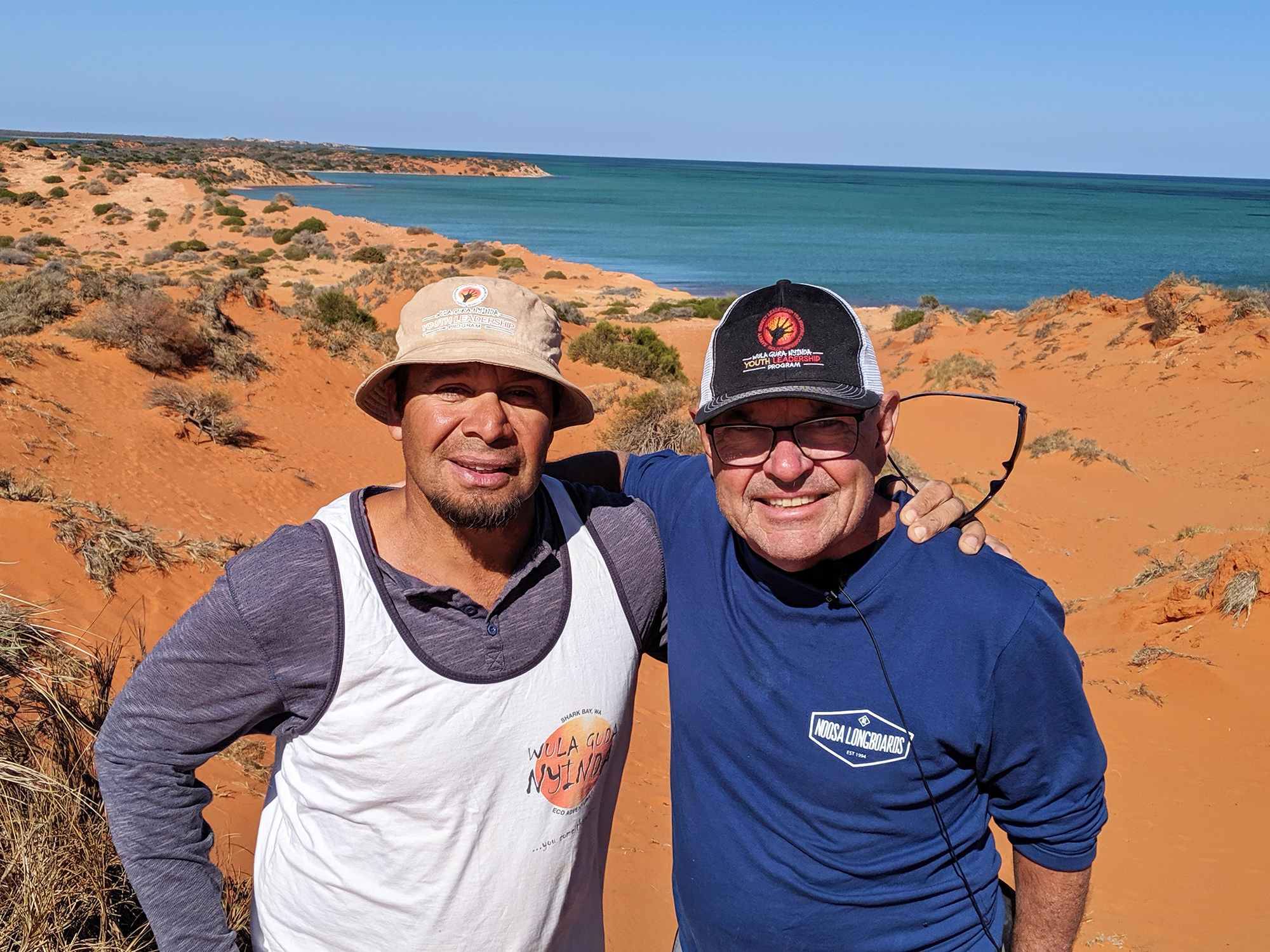 Then it was off to the Shark Bay World Heritage Area, staying and broadcasting at the Monkey Mia Dolphin Resort.

And what happened while feeding the local, wild dolphins is something Steve, and a very special young girl named Izzy, will remember for the rest of their lives (see the video).

Steve also had a lesson in bush culture from Darren ‘Capesy’ Capewell, one of the indigenous custodians of the land.

Steve jumped back in the car, driving through the classic Australian red soil plains to reach Geraldton (that’s Gerro to the locals).

He went straight to the airport to get an aerial view of town and for a Geraldton Air Charter scenic flight over the nearby Abrolhos Islands.

Wendy, the owner and lead pilot, expertly guided Steve over some historic shipwrecks from the 1600s and landed for lunch on East Wallabi Island. 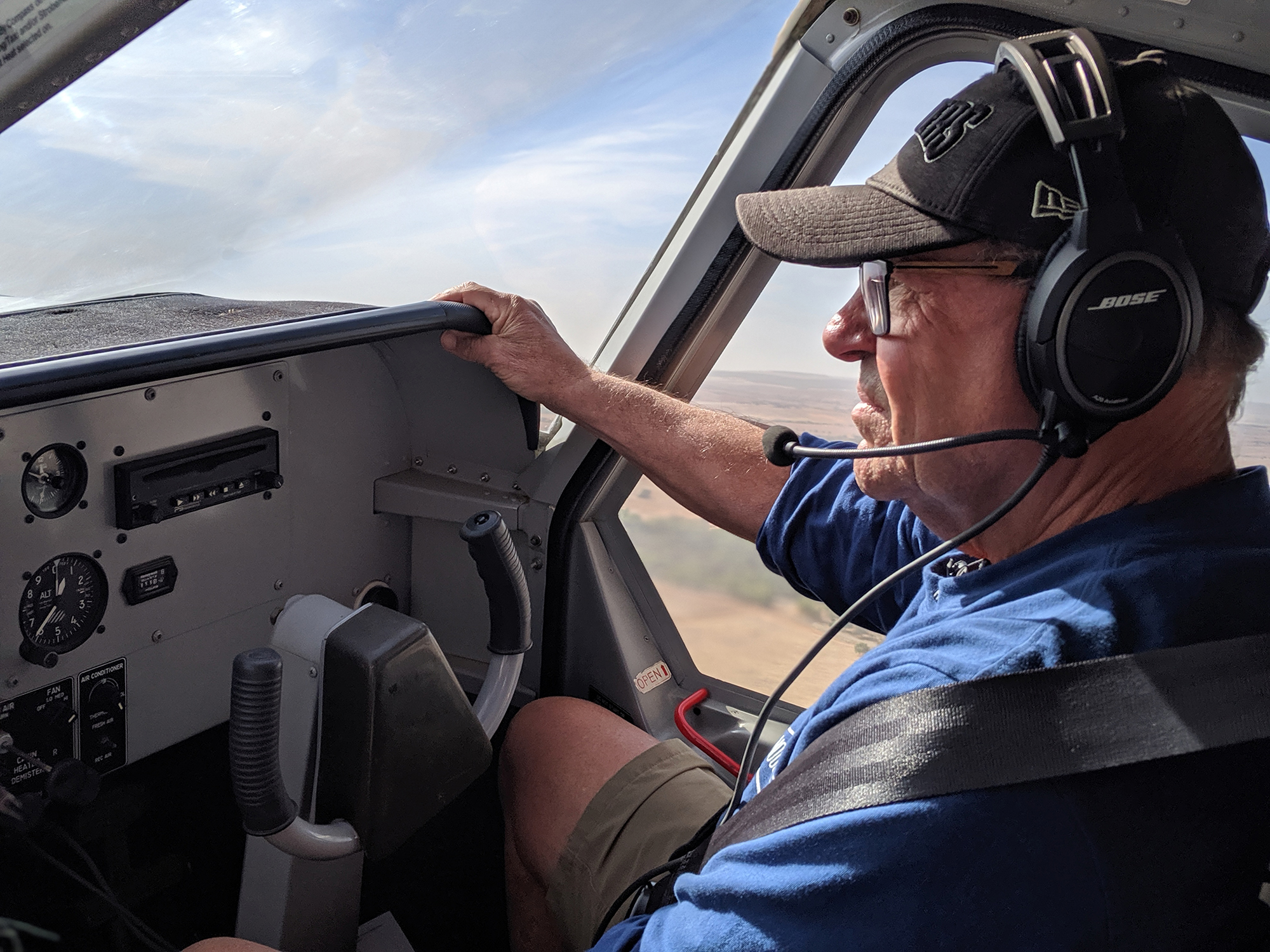 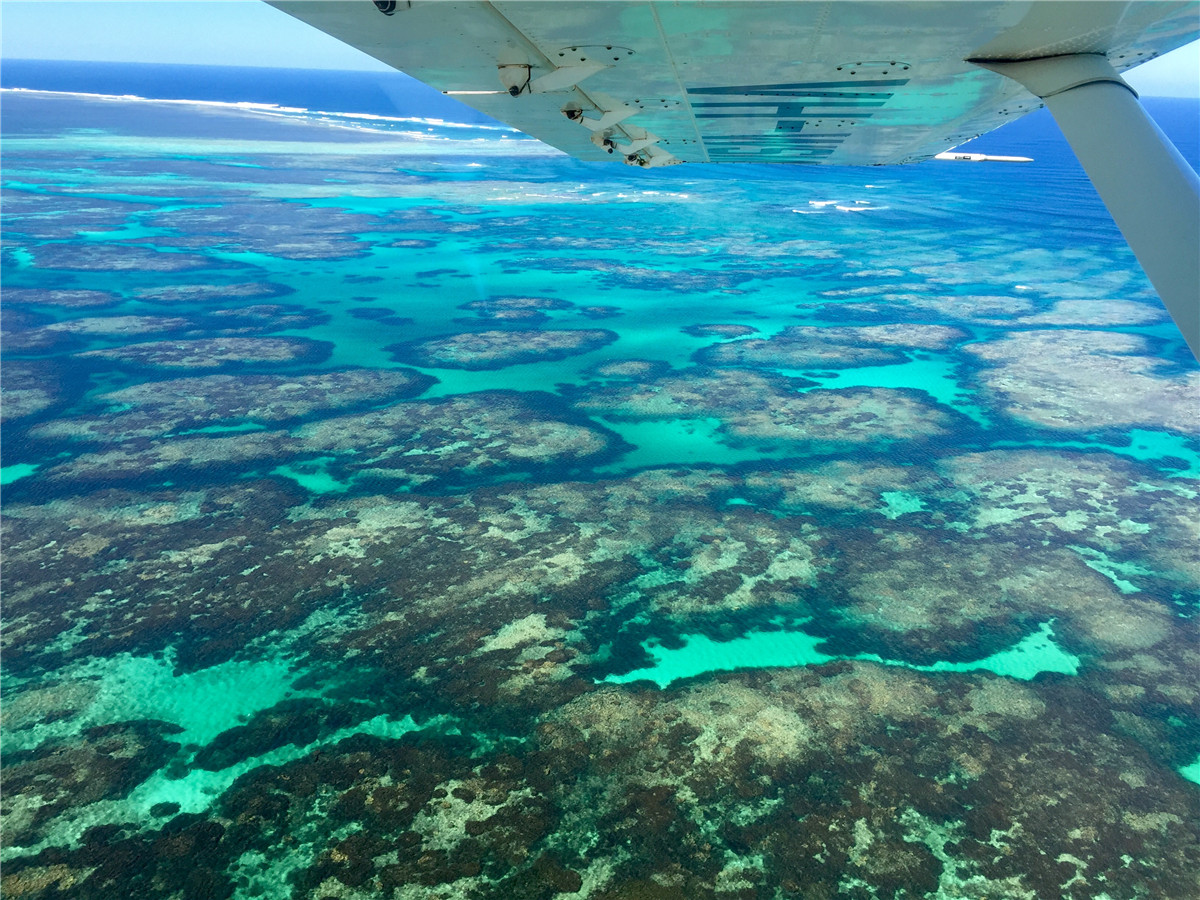 Then it was off to do what Steve does best… wine and dine.

He was joined by the owner of Geraldton’s best surf store, Corner Surf Shop, who also happens to be his sister, Sue.

The locals’ pick for dinner was L’Italiano and Cutler & Smith for a post-meal beverage or two.

And last but not least, Steve returned to Australia’s sunniest capital city, Perth.

Well rested, and fed, it was time for Pricey to have a crack at his dream job… AFL player. 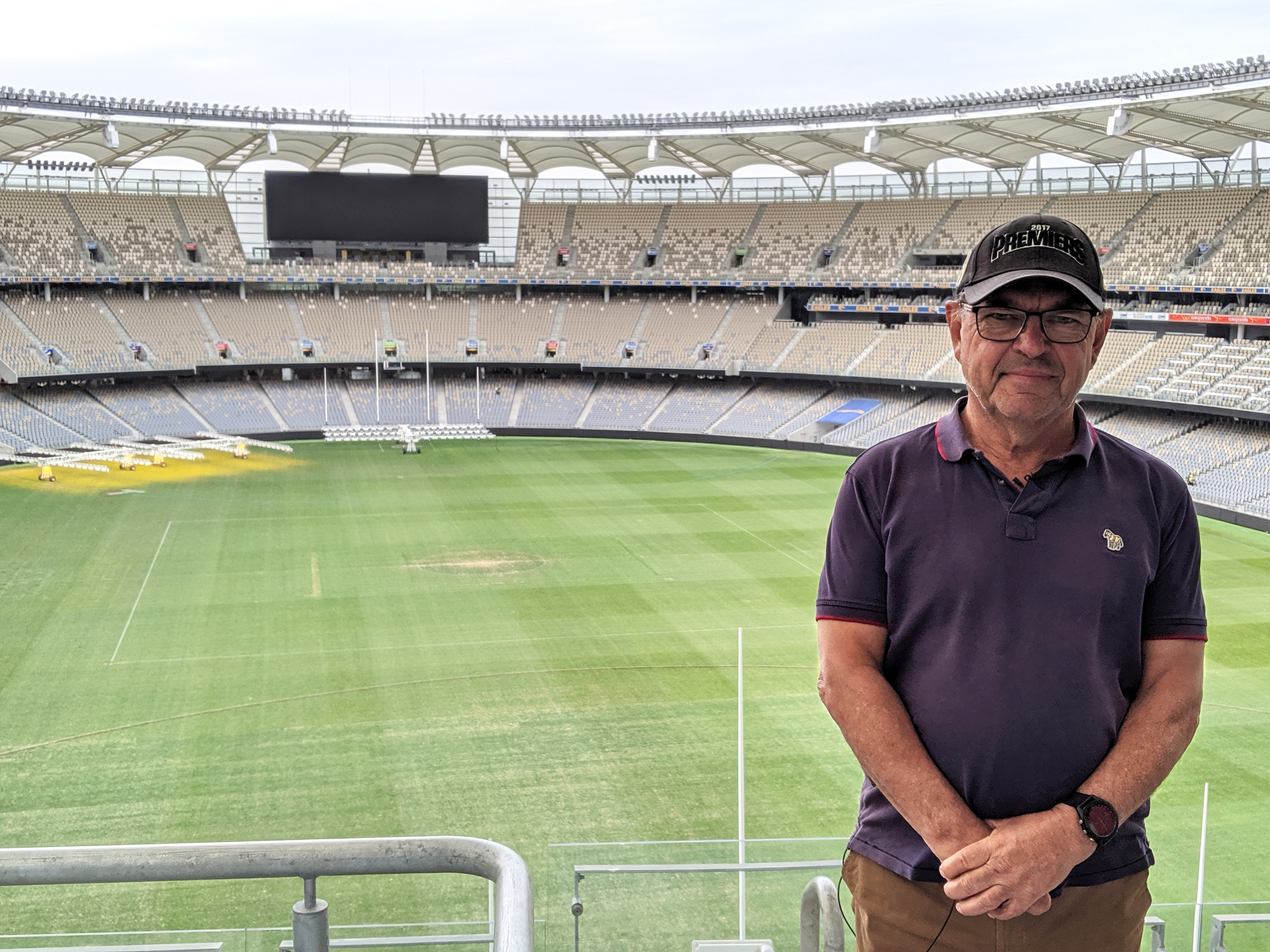 The footy-mad broadcaster took a tour of the new Optus Stadium and had several  valiant attempts at kicking a goal (must watch below).

He spoke with the stadium’s Commercial General Manager, Greg Sleigh, about the impressive venue and its astounding array of events coming up this year.

Find out all about the Road Trip State HERE