A street in Melbourne’s south-east has been transformed into a TV set, with filming taking place for what’s believed to be a new ABC series.

Andrew sent some photos to Tom Elliott, saying Service Street in Hampton is hosting the crew of a series called “The In-Bestigators”, with early starts and noise making for an unhappy existence for some residents.

“It’s being funded by Netflix.

“I think it’s a kids program, a who-done-it type show.”

“inBESTigators is a co-production with the ABC.

“In a co-production, we provide combined funding for a project with a local broadcasters.

“The broadcaster gets first-run in Australia, and Netflix distributes it as a Netflix Original outside Australia.

“For content that receives government support (like co-productions with the ABC), additional financing from Netflix extends the value of the government’s investment and exposes the world to Australian culture and creative talent.

“Co-productions with the ABC include: Glitch, The Letdown, New Legends of Monkey and the upcoming Pine Gap  and inBESTigators.” 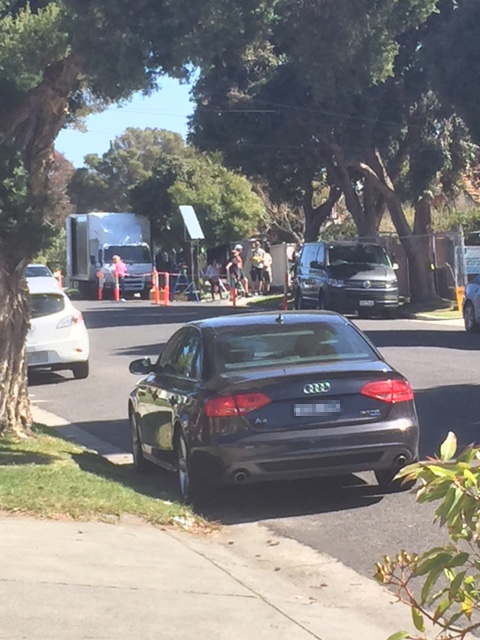