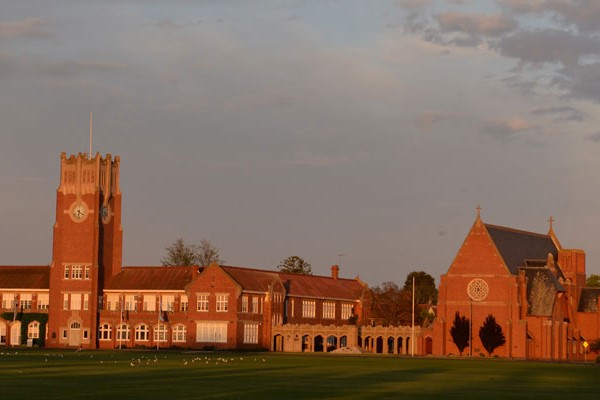 Students at an elite Victorian private school have been busted with drugs on campus.

A handful of students were caught with illicit substances during the raids, a letter sent to parents of students at the school said.

The letter said the raids were prompted by students “coming forward with concerns about illicit drug use”.

“As a result of the searches, the school is better placed to support a handful of senior students and their families,” the school said in a statement.

It is believed sniffer dogs may have been used to search the boarding houses.

Jan*, whose children are boarders at Geelong Grammar School, said the raids are a good thing.

“They have a duty of care to protect all children and my child,” she told Neil Mitchell.

“I think it’s very important that they stamp this out and they also show children that there are consequences.”

“Obviously if there is an issue with illicit substances in a school then that’s something that the school is within its rights to act upon, but this just seems to be zero to 100 in 60 seconds,” she told Neil Mitchell.

“It will encourage kids not to obtain or keep these substances necessarily in a safe environment, such as school, but will send them out to be looking for these substances and using them elsewhere,” she said.

“I think I’d rather kids smoke a joint behind the rowing shed than use somewhere else on the streets and perhaps get exposed to harder substances.”

“All schools have a duty of care to provide a safe environment in which to learn,” he said.

“I worry enormously about the impact that these illicit drugs have on young people who have existing problems like depression and anxiety.

“Anyone who thinks doing those drugs is compatible with doing year 11 or year 12 is insane!”

Dr Carr-Gregg said he supports expulsion in some instances.

“If they’re guilty of a breach of the law, that is, that they’re dealing … then they should be expelled and I think the police should be involved,” he said.

If they’re using, that’s a different matter. I would like to know why they’re using; is it self medication for an existing psychological problem?

“I think you need to have a case-by-case basis.”

*not her real name