Police have ramped up the search for two people after a missile carved through a home at Carrum Downs.

Detective say the explosive device was propelled into the sky on Hillview Drive on August 28 before it crashed through the roof of a nearby home. 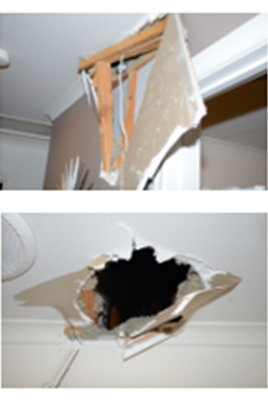 Investigators have released images of a man and a woman who they believe can assist with their enquiries.

They are both described as Caucasian in appearance and of medium builds.

The man was wearing dark pants and a grey, long-sleeved hoodie.

The woman was wearing a dark hoodie, jeans and tanned boots.