The Victorian government has locked in the eastern route for the $50 billion Suburban Rail Loop.

Burwood and Monash University will get train stations as part of the project.

Four new interchange stations at Box Hill, Cheltenham, Clayton and Glen Waverley are also planned, which will link the loop up with existing rail lines.

Exact locations for the new stations are yet to be determined.

There won’t be a traditional business case because Premier Daniel Andrews says the project is guaranteed to go ahead.

Construction on the project is set to begin in 2022 and won’t be complete until 2050. 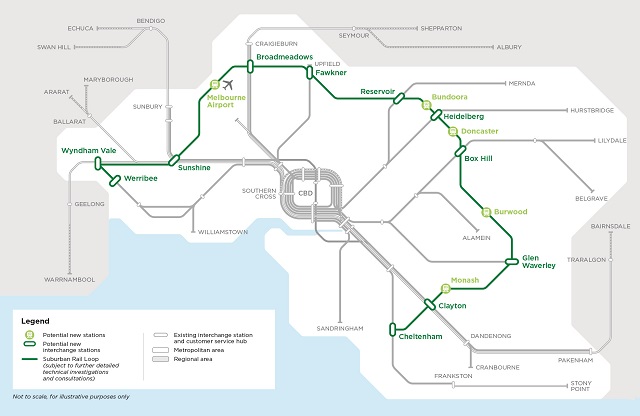