A new range of car poppies to acknowledge Remembrance Day has been released ahead of the centenary of the end of World War I.

“If you haven’t got a car you can always put it on your letter box,” Memorial Director Dr Brendan Nelson says in a press release.

“You can put it anywhere – just put a poppy on something that’s important to you and show your respect for our servicemen and servicewomen,” he said.

Pop a poppy on your car. As a simple act of remembrance, put a commemorative poppy on your car and help mark the centenary of armistice. Available at the Memorial shop and online for $9.99. Proceeds support @LegacyAust and the Memorial. https://t.co/HWV4xiwUPZ pic.twitter.com/QLMbOF07RE

Neil Mitchell is “uncomfortable” about the large, plastic poppies.

“There are protocols around wearing poppies,” he pointed out.

“They must be worn on your left breast, not your left indicator.”

And the car on the press release? 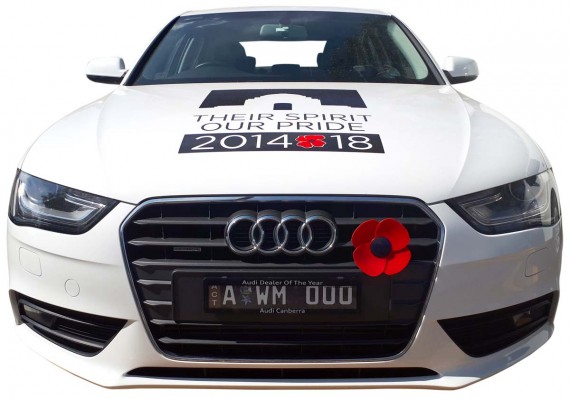 Director of the Australian War Memorial Dr Brendan Nelson said the idea that this might be seen as cheap and tacky never crossed his mind.

“In fact you in your introduction there is the first time I’ve heard this issue raised,” Dr Nelson said.

“Anyone that’s been to London around Remembrance Day you’ll see a lot of London taxis with a plastic poppy on the grill.