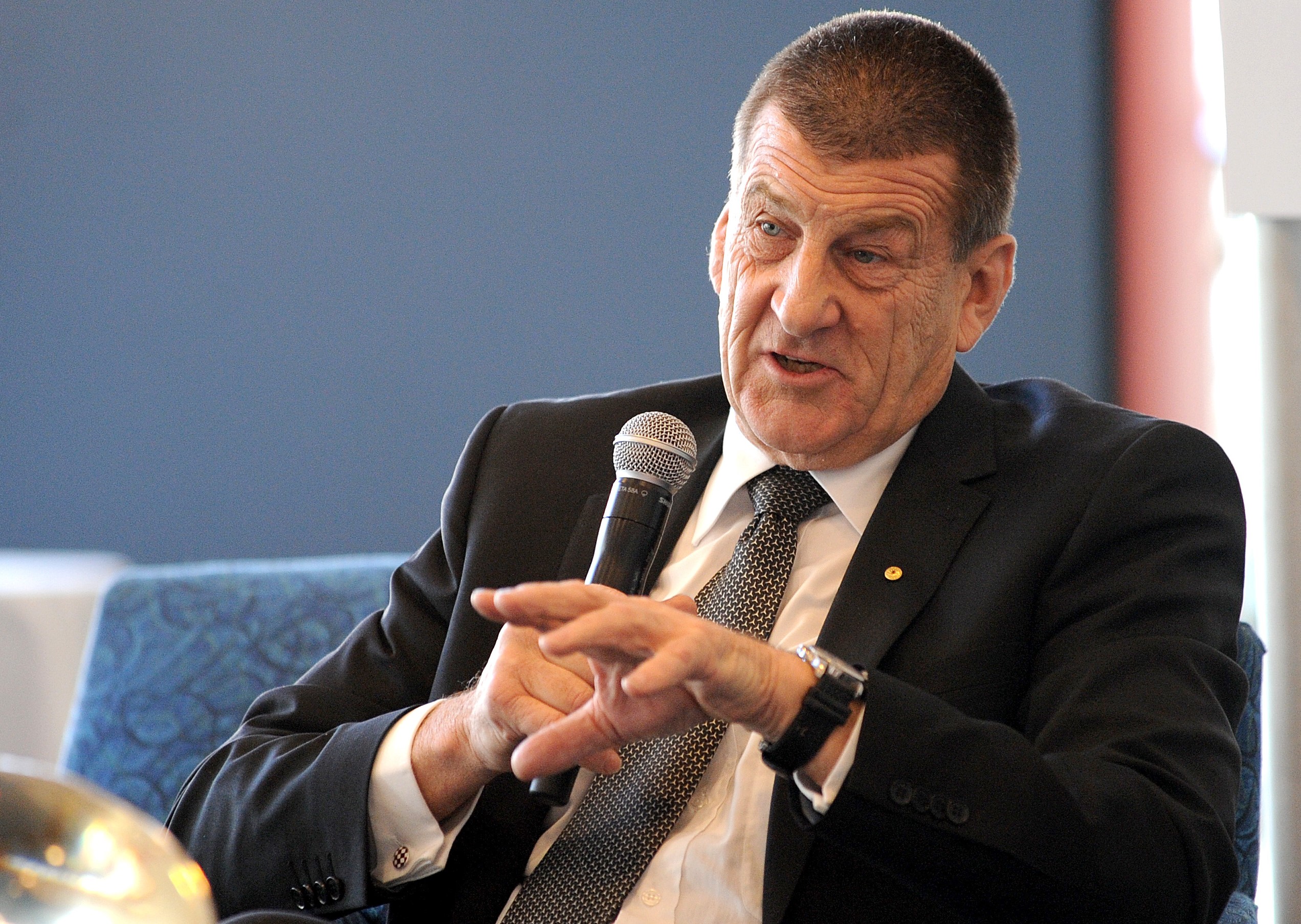 Former Premier Jeff Kennett says he has finally got to the bottom of how a state funeral was offered for Ted Whitten in 1995 without his approval.

In an article in the Herald Sun today the former Premier revealed he has solved the 24-year-old mystery, and he expanded on the story on 3AW Breakfast.

Press PLAY below to hear Jeff Kennett on air with Ross and John.

Mr Kennett said he long suspected that journalists from The Age had tricked the Herald Sun into publishing news of the state funeral on the front page of the newspaper.

At the time, Ted Whitten did not meet the criteria for a state funeral, but after the story ran Mr Kennett decided to go ahead with a state funeral for the AFL legend.

“Given the love of Ted in the community I had to agree with it,” he told 3AW’s Ross and John.

Mr Kennett guessed that The Age journalists had called the Herald Sun pretending to be his press officer and had told them he had approved the state funeral.

On Thursday, on a flight to Tasmania for the Hawthorn vs Carlton game, Mr Kennett said his hunch was proven correct when one of the journalists involved confessed to him.

The former Premier took aim at the Herald Sun for not publishing the names of the three journalists involved in the prank which he called “a journalistic heist”.

“The Herald Sun story this morning is the first time in the many that I’ve written for them that is not accurate, or not complete, because in that story I named the three journalists,” he told 3AW Breakfast.

Mr Kennett offered to give the names to Ross and John on air, but they declined for legal reasons, prompting backlash from the former premier.

“It’s taken me 24 years to find out who did it, and you don’t want to know who those three journalists are? What’s the matter with you all!,” Mr Kennett said.

“You are, in your role now, backing away from being good broadcasters and good journalists,” he said.

“The heist continues doesn’t it?”