This morning The Rumour File was tipped off to a teenage woodchopping sensation who blew the competition away at the Royal Melbourne Show.

Fraser Carnes, a 14-year-old boy from Beaufort, won two open events and a novice event at the show, as well as coming second and third place in numerous other events.

He took up competitive woodchopping after his brother, who couldn’t play football because of weak knees, started doing it.

“I just thought it was interesting, so then I joined along and I thought it was pretty cool, so I started woodchopping as well!,” he told 3AW’s Ross and John.

“There’s a couple of blokes … they helped me out a lot.”

Because he won the novice event at the Royal Melbourne Show, the 6 foot tall teenager will now have to compete exclusively in open events.

“Now I have to enter the open category because I’ve just won the novice, but I do enter all the handicaps and stuff,” he said.

Fraser is on the under 21 Victorian woodchopping team and hopes to one day represent Australia. 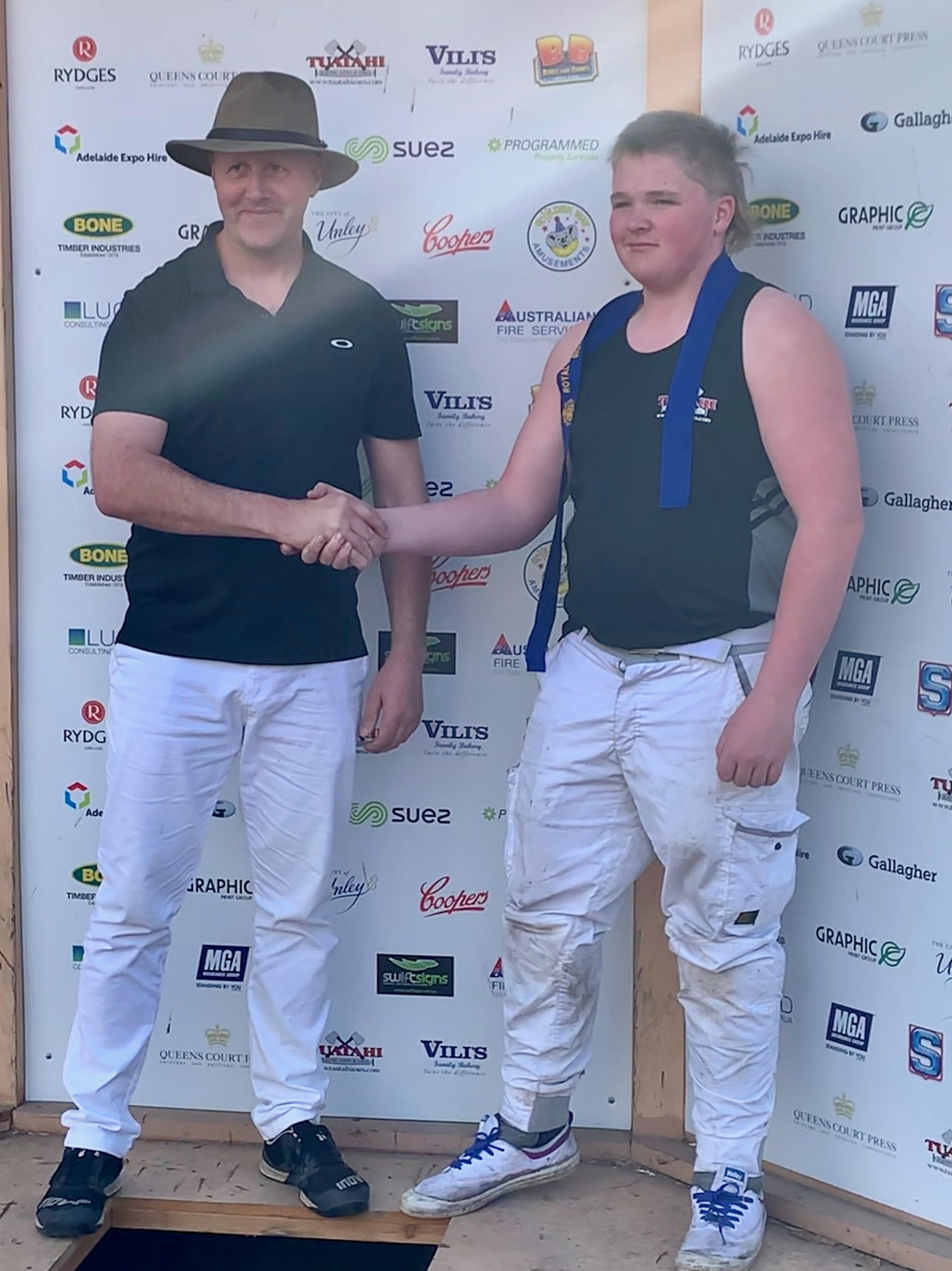