A teenager has been slashed on the face and back in a violent unprovoked attack in St Kilda.

Joshua, 19, was waiting for an Uber on Barkly Street with three friends on Friday night when two masked men demanded their phones and wallets.

When the teenagers refused to hand them over, the thugs slashed Joshua on the face and back.

“One reached out and slashed Joshua across the face, slashed him with a razor,” she told Neil Mitchell.

“They also slashed his back, at one point very deeply. He was very lucky they missed his organs.”

Joshua spent the weekend at The Alfred and Cabrini hospitals, and has just returned home.

“He’ll never regain the feeling in his chin,” his sister said.

“They cut the nerve. They got 95 per cent of the way through the gum.”

The thugs fled without stealing anything from the group.

They remain on the run. 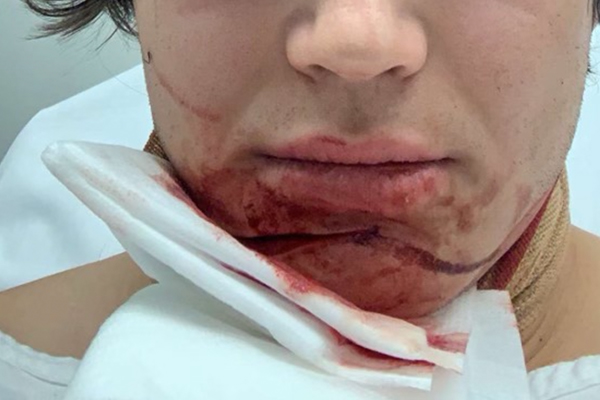