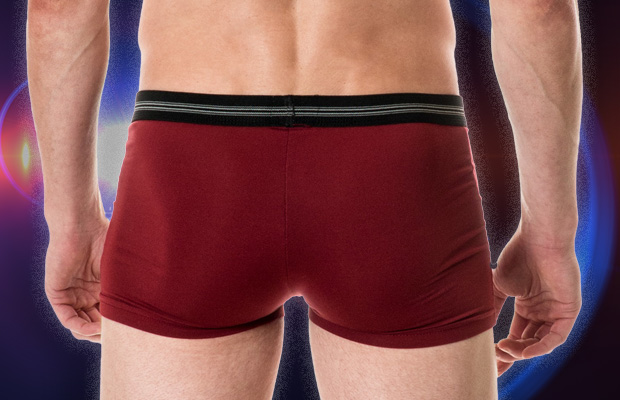 A 3AW listener has revealed how he ended a dramatic multi-suburb police chase of runaway teens by wielding a cricket bat in his backyard wearing nothing but jocks.

Four teenagers have been arrested after the pursuit involving the airwing through the streets and backyards of several south-eastern suburbs this morning.

Officers first tried to intercept the allegedly stolen Nissan X-Trail on Heatherton Road in Dandenong about 1am.

But the driver sped off, prompting the police to call in the airwing.

The car was tracked through Rowville, Dandenong, Lyndhurst, Skye and Frankston before the car stopped on Frankston-Dandenong Rd, where the occupants — two females, two males and all teenagers  — fled on foot.

That’s when they ran into the backyard of Hayden Ericksen’s home on Wedge Road in Carrum Downs.

Hayden told Ross and John he was “tucked up nice and cosy in bed” when he was woken by someone trying to open his front door about 2am.

When Hayden opened the door, no one was there.

But it was on his way back to bed that he saw one of the culprits in his backyard.

“So I sort of confronted him,” Hayden said.

“By that stage the missus was up out of bed and gave me a bat and I sort of bailed him up.”

With the helicopters swirling and police closing in, the teens didn’t dare take on the man in his jocks with the cricket bat.

“I just sort of had them bailed up,” Hayden said.

“I don’t think it was in their best interests to run away to be honest.”

The boys, 16 and 17, were later nabbed with the help of the dog squad.

All four are currently in custody assisting police with their enquiries.

The car is alleged to have been stolen from outside an address on Blaxland Avenue, Frankston South.

Police believe a fifth person may still be outstanding and the investigation remains ongoing.

FROM THE RUMOUR FILE