3AW Mornings conducts a baby formula audit: Is there a shortage?

3AW Mornings is conducting a baby formula audit, with some interesting results.

Program producer Michael Hilder visited numerous supermarkets across Melbourne to do an audit to see if there is a shortage, and he felt like there was a “conspiracy” at play.

“It looked like an internet cafe, but it’s clearly not,” he said.

“I saw what appeared to me to be distribution hubs. 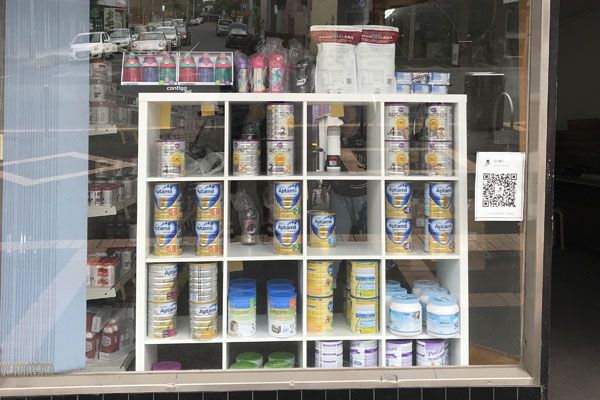 Neil said it seems like a “sophisticated, well-organised” export operation.

The audit started on the program yesterday, when a frustrated listener told Neil Mitchell there should be a better system, such as a card issued in hospital, to ensure it was fairer for families.

Eve’s daughter had been struggling to locate their preferred brand and said there must be a better way to tackle the baby formula shortage and increasing demand from the Chinese market.

“She has had awful trouble trying to get the powdered milk,” Eve said on the show yesterday.

“Her husband went in to buy some, he thought he might get two or three tins, but they wouldn’t give it to him.

“But he said the Chinese were going out and coming straight back in again and being served again.”

A tin of baby formula from an Australian manufacturer sells for as much as $100 in China. 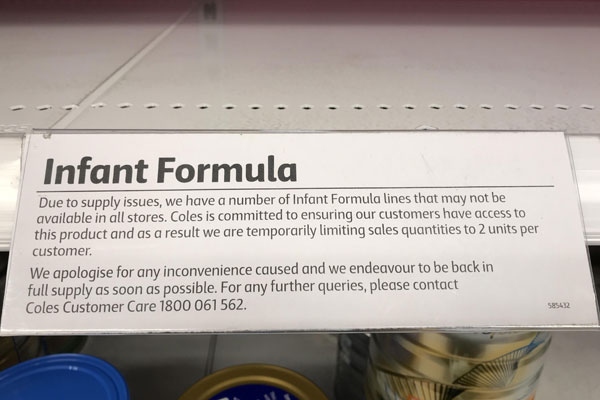 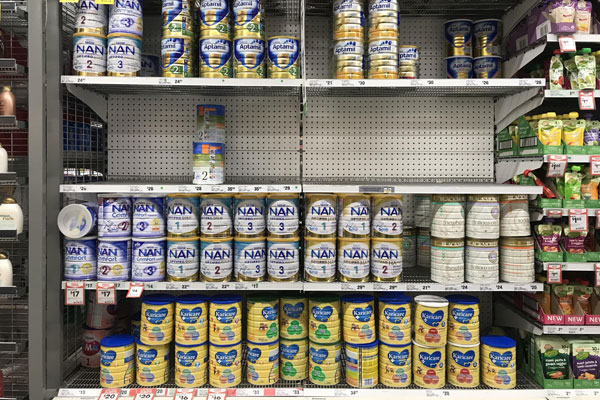 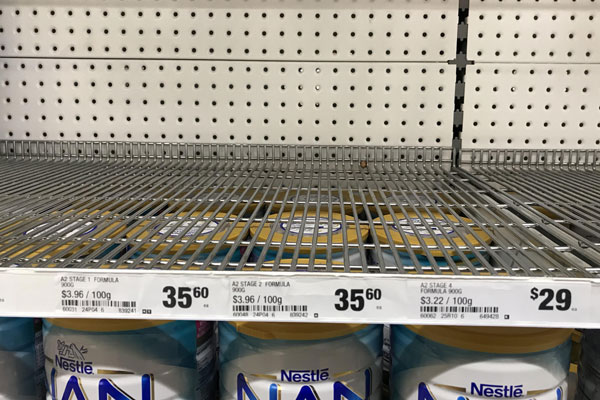 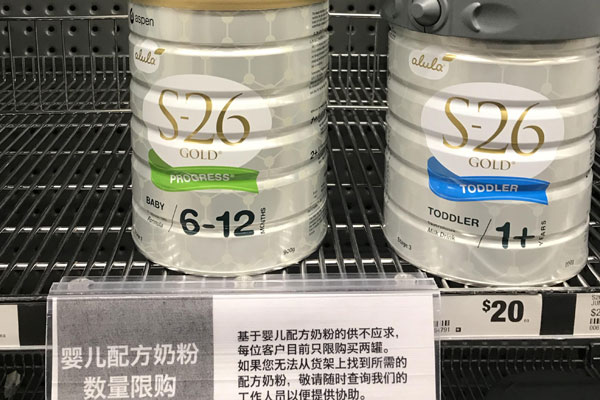