The bizarre reason a ranger thinks a kangaroo attacked a jogger

A woman has been attacked by a kangaroo after it became attracted to her perfume.

Tracy Noonan was going for a run in Beaconsfield on Saturday when the roo began to follow her, before knocking her to the ground and scratching her.

“I just felt a massive thump in the middle of my back,” she told Ross and Russel.

“I turned around and it was actually just standing over the top of me.”

She threw rocks at it and ran, and kangaroo continued to chase her until she sought shelter in a nearby home.

The roo stood outside the window of the house watching her for 20 minutes.

“The kangaroo was waiting for me,” Ms Noonan said.

“I thought ‘Oh my goodness, this kangaroo is going to kill me’.”

Ms Noonan spoke to a ranger, who told her it’s likely her perfume — a Sarah Jessica Parker fragrance — sparked the incident.

“Who wears perfume on a run? No one … but it was early in the morning and I was fumbling around for deodorant and that was all I could find,” she said. 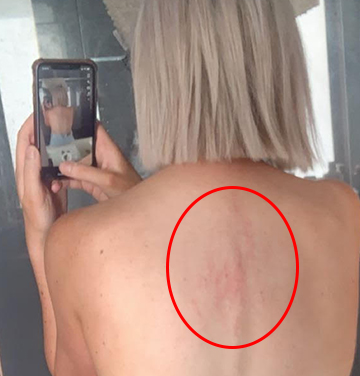