A 2014 email exchange between chief commissioner Graham Ashton and his spin doctors has revealed how Victoria Police dodged Neil Mitchell in an attempt to keep the Lawyer X scandal out of the news.

The Media Director and her assistant responded to Neil Mitchell’s “rant” — he was later vindicated — about the need for a royal commission into Nicola Gobbo’s role as informer by advising Mr Ashton, then the Deputy Commissioner, to lay low.

They also suggested “the Pell stuff” would “knock this way off the front page” and help Victoria Police avoid further scrutiny.

“It’s a fascinating insight into how it all works behind the scenes,” Neil Mitchell said this morning.

“And it is not reassuring that anybody is committed to the public right to know.”

The email chain was submitted as an exhibit in the royal commission into police informants.

It starts with one spin doctor alerting honchos to Neil Mitchell’s editorial. 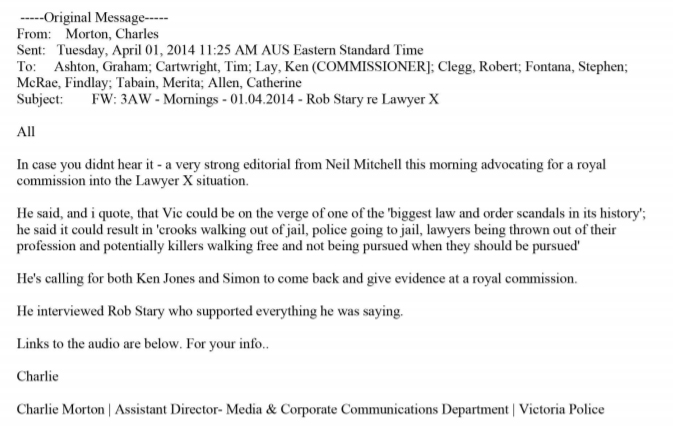 Mr Ashton responds by asking whether Victoria Police should suggest an interview with Neil Mitchell.

That’s when the Assistant Director of Media and Corporate Communications suggests that because Herald Sun journalist Anthony Dowsley, who led the investigation, “has used all his best ammo” and “the Pell stuff [George Pell’s testimony] is coming”, Victoria Police should lay low and in the hope the story disappears from local daily newspapers. 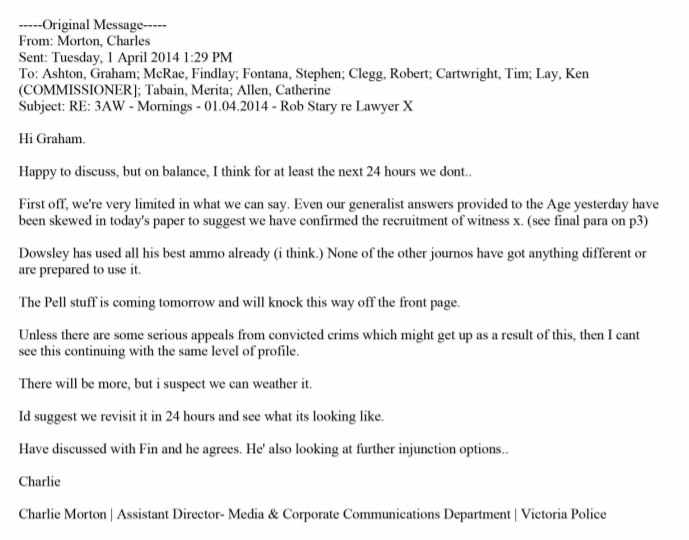 The director, Merita Tabain, didn’t like that idea either.

In fact, she seems to think that because “Mitchell has had his rant” the story might fade away (how wrong she was). 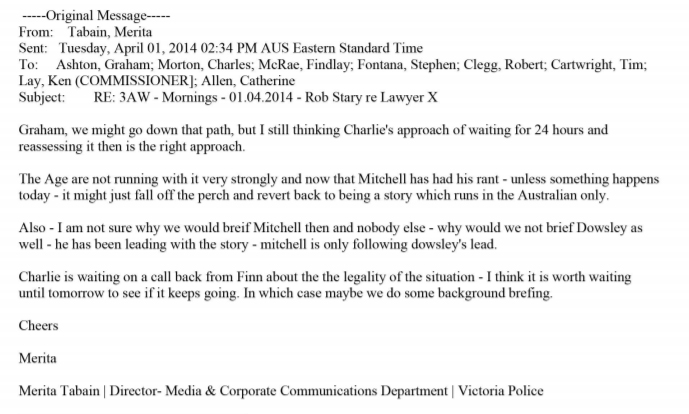 The chain ends with an “OK thanks” from Mr Ashton.