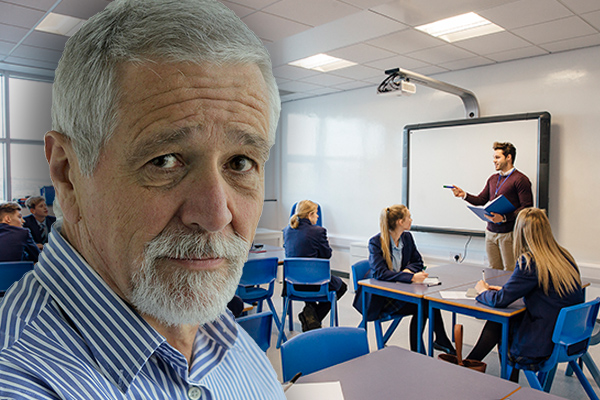 The results of the 2019 NAPLAN testing are in, and Neil Mitchell says they prove our education system is failing.

The preliminary national testing results showed small rises for primary school students in some areas, compared to 2008, but results were stagnant across most categories.

In secondary school, average writing results declined for both Year 7 and Year 9 students, while results in other areas remained largely constant.

The disappointing results come despite a $20 billion funding boost for education over the past decade.

“We’ve spent $20 billion extra … and we’ve really got nowhere. Nothing has improved much.”

“New Zealand has a far better educational rating than Australia, so does Canada.

“We’re spending a fortune, we call ourselves the clever country, but the kids are going backwards.”

The 3AW Mornings host said Australian states need to stop comparing themselves and focus on the broader picture.

“What matters is how we compete with the rest of the world, and that’s not great,” he said.

In 2017, UNICEF ranked Australia’s education as 39th out of 41 high and middle income countries.

“There’s a number of issues,” he said.

“We have an overcrowded curriculum, especially in primary school.

“They don’t have time to concentrate on what I call essential learning.”

Dr Donnelly said the curriculum is too basic.

“Our curriculum, what we teach, has been dumbed down,” he said.

“The level is pretty poor. Even in NAPLAN, they set the bar so low.”

Dr Donnelly called for an overhaul of the education system and consistency from politicians.

“Teachers are often not properly trained and they’re overwhelmed with red tape,” he said.

“Part of the problem here, to be honest, is politicians jump in for a quick term soundbite… Often they’re no longer the minister in two or three years, they’ve moved on.

“That’s placed a burden on teachers and schools, because every three or four years you get a new minister and he or she gets a brain wave, and it means that teachers can’t actually get on with the job.”

Press PLAY below to hear more from Dr Donnelly.