The past year has seen strong female characters dominate the screen 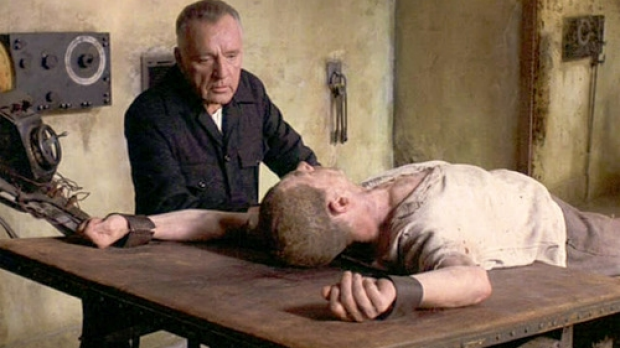 It seems that the old showbiz adage ‘you’re only as good as your last gig’ holds as true now as it ever did, especially in the movie business. Genius he might be, but Martin Scorsese’s latest film Silence did so poorly at the box office – taking a paltry $7 million worldwide having cost $50m – that Paramount has surrendered the rights to his next movie, The Irishman, to Netflix. The epic film, presently budgeted at about $100m, is a biopic about Frank Sheeran and his part in the 1975 murder of union boss Jimmy Hoffa. Written by Steve Zaillian (Schindler’s List) it will star Robert De Niro, who will be aged 30 years younger thanks to digital wizardry.

Here’s the thing: if the film hits with Netflix’s 90 million-plus dedicated audience it might signal a new direction for major A-list films to go straight into the stream, offering a solid option for directors frustrated with not getting the follow-up backing from studios they have made bundles for. Ten years in development, The Irishman is set for a same day/date release in 2018. And Scorsese can make it as long as he likes.

Some good news for diversity warriors with the Centre for the Study of Women in Television and Film, based at San Diego State University, gleefully reporting that the percentage of female leads in the top 100 big films of 2016 hit a record 29%, a jump of 7% over the previous year. This was thanks due to a string of female-led films including Arrival, Bad Moms, Star Wars Rogue One, Ghostbusters. That women can open big films is nothing new – the biggest film of all time, Gone with the Wind, owes Vivien Leigh for its long life – and the anxiety that men still dominate lead roles is a tad overcooked. Change is occurring now as focus shifts towards a broader cinematic palette.

It’s starting to look like the anti-Trump brigade might be going a little bit potty. Apparently unable to accept that Donald J Trump won the presidency by a clear margin in a fair fight using a system everybody had signed up to, some ‘Never Trumpers’, as they are called, have turned to cinema to make their distaste for The Donald known to all.

To wit, on 4 April some 90 cinemas (with more surely to join) will screen the venerable 1984 movie adaptation of George Orwell’s 1984, starring John Hurt as Winston Smith and Richard Burton as his soft-spoken torturer O’Brien (in his final movie performance and one of his finest).

Orwell’s classic tale is set in a dystopian society where perpetual war is a necessity to social cohesion, hatred of foreigners is part of the culture and where language is being forever restricted, with the Ministry of Truth, where Winston works, continually rewriting history for the benefit of the omnipotent dictatorial government known as Big Brother. (Yes, kids. That’s where the TV show gets its name from.)

Now here’s the thing: while the screenings are intended as a protest to highlight the similarities between Trump’s policies and those depicted in the film, the comparison doesn’t hold up to any real examination. Also, 1984 can so easily be seen as a critique of the Left, with concepts of ‘double speak’ reflecting the language-mangling forces of political correctness and the attempts to restrict freedom of speech.

It really would help the days go smoother if, having been fairly elected, Trump’s detractors settled down and gave him, say, six months. If, after that, America still looks like the dog’s breakfast he inherited, then they should go nuts on him.

Staying on the Trump bandwagon just a few seconds longer, esteemed author and abortion rights advocate John Irving, who won a Best Screenplay Oscar in 2000 for adapting his novel The Cider House Rules, has written a passionate essay for The Hollywood Reporter expressing his disdain for Trump’s attitude to abortion rights and the LGBT community and encourages everybody with an opinion – Trump or anti-Trump – to consider the podium a legitimate platform from which to vent.

Let’s see what this does for the ceremony’s sagging ratings.

The Oscar favourite Hidden Figures took a whopping $3.2 million on 322 screens across its opening weekend, bumping Fifty Shades Darker down to #2, which managed a clean $3m on 472 for a two-week total of $12.3m. Seems the fans of the franchise either don’t read reviews or don’t care about them.