A French farmer has sent a letter to a regional Victorian historian just in time for Remembrance Day.

“I find this really reassuring. I find it decent. I find it uplifting,” the 3AW Mornings host said.

With French and Australian politicians trading barbs after the cancelled submarine deal caused a decline in relations between the two nations, Didier Guerle, a farmer in the French village of Bullecourt, where 10,000 Australian soldiers were killed, wounded or taken prisoner in only a few days in World War I, penned a handwritten letter to a Port Fairy historian.

“We can never forget the terrible sacrifices of your soldiers on our soil to give us back our liberty and pride. In this particularly difficult period in our relations between our two countries, allies and friends, I assure you of all my sympathy and my total loyalty to your government and your Australian people,” he wrote.

“Know that you will always be welcome with open arms to my farm and also to my town.”

Neil Mitchell says the letter is exactly what’s needed at the moment.

“This is rising above the political brawling,” he said.

“What this farmer has done is magnificent. It’s a reminder of how history is more important than a five minute political brawl.

“It’s a dose of perspective.”

Press PLAY below to hear more about the letter 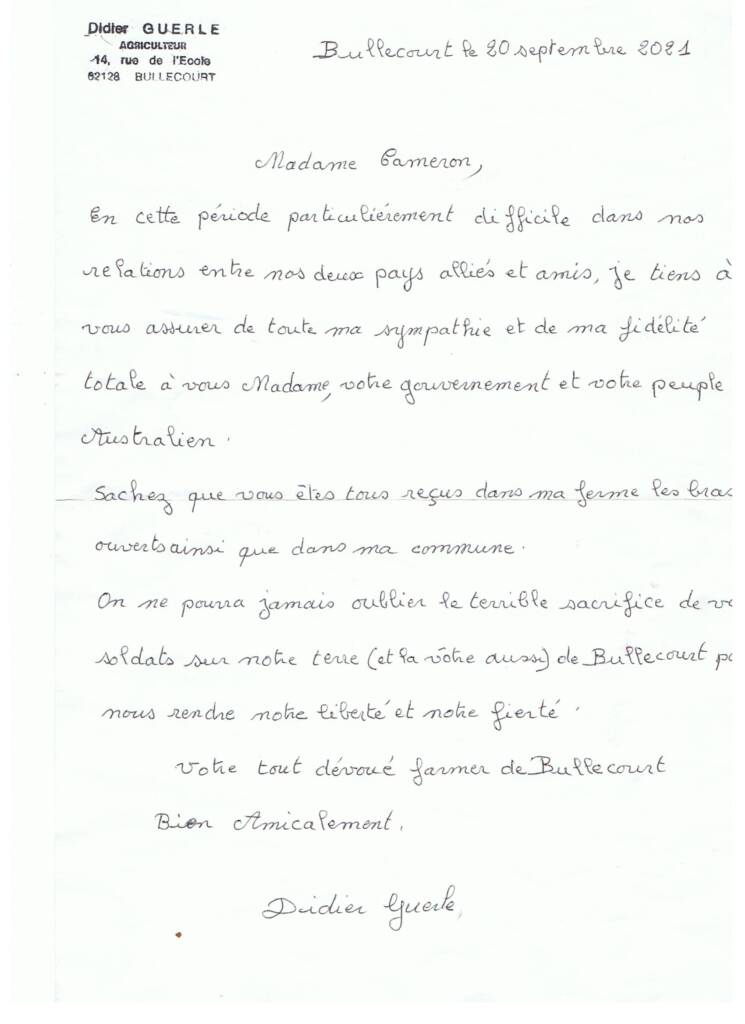