The story behind the man floating above Melbourne Thursday morning

Ross and John’s switchboard lit up this morning with reports of a giant hot air balloon shaped like a man’s head wearing a hat flying over Melbourne.

“It’s a flying piece of artwork created from the original self-portrait that he painted one year before he actually cut his ear off,” the pilot Paul Gibbs from GoldRush Ballooning from King Valley told Ross and John.

“We got him out just to provide a bit of extra interest (in the upcoming King Valley Balloon Festival on the Queen’s Birthday weekend) and some spectacular shots.”

Did they what! Click PLAY to see some spectacular footage taken from another balloon
Keep scrolling for more photos. 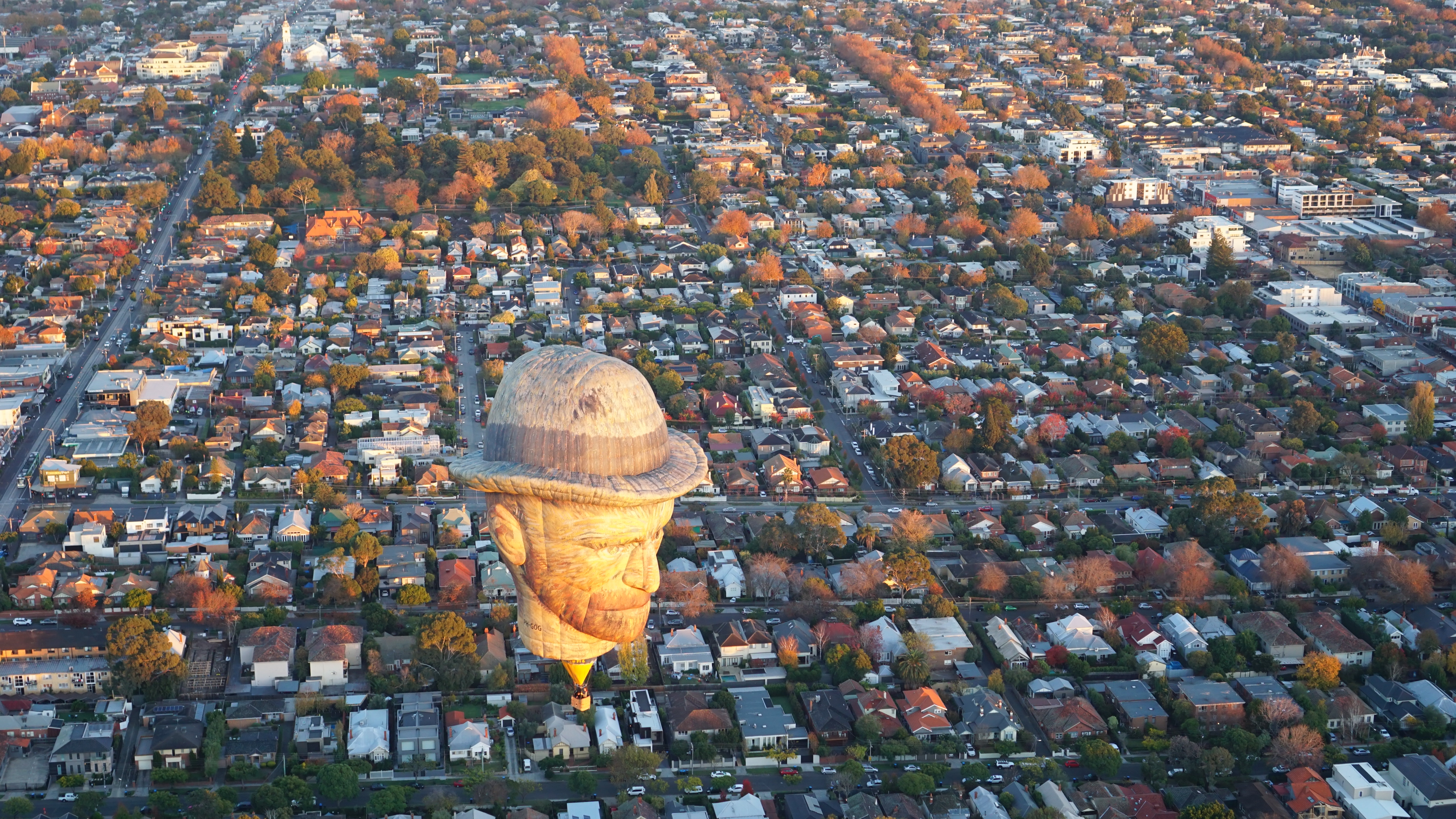 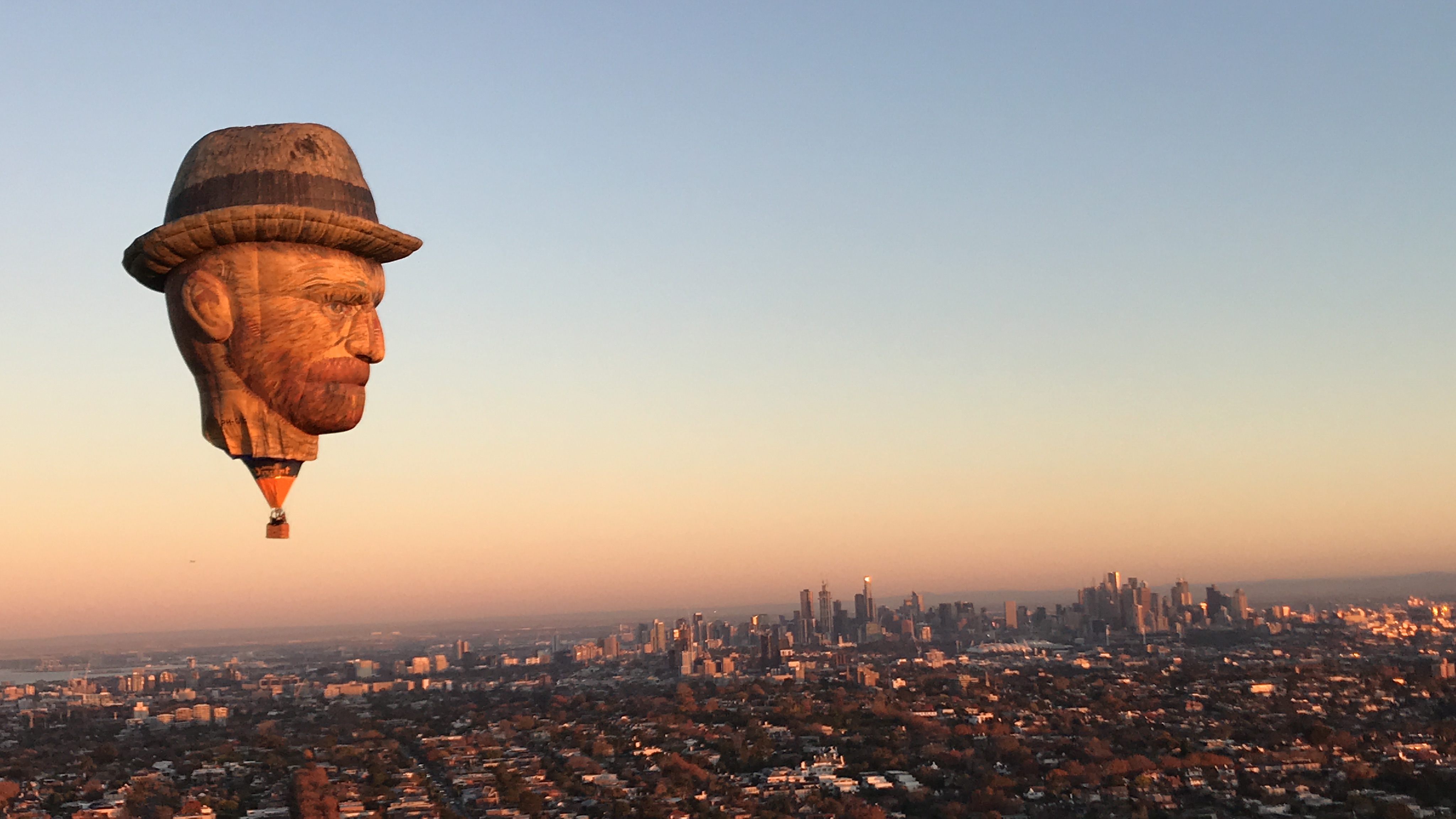 Well this hot air balloon just scared the absolute crap out of me #Melbourne pic.twitter.com/Azgb7KPtQ8