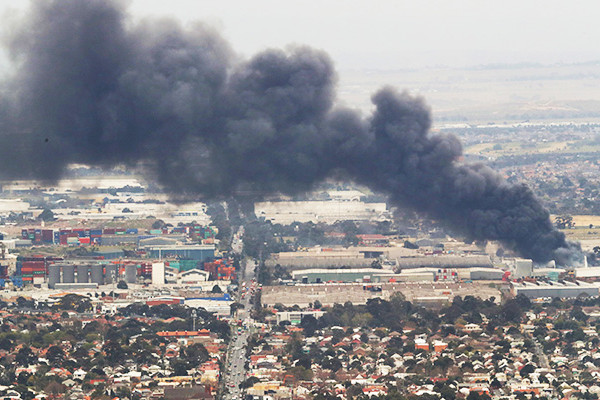 The health impacts the toxic West Footscray factory fire had on firefighters are becoming clear, but no government body has contacted residents to monitor their health.

The Age reports that there have been more than 100 claims of chemical-related injuries from firefighters who attended the blaze last August.

More than a year on, 30 firefighters are still suffering from ill health as a result.

But Neil Mitchell says the residents have been forgotten.

“There is an ugly unanswered question around town at the moment, and nobody is addressing it at an official level,” the 3AW Mornings host said.

“The ugly question is this: If this affected the firefighters in this way, what about the residents?

“If I was a resident in the West Footscray area, and I had been around during the fire, I would be concerned.”

West Footscray resident and member of the ‘Friends of Stony Creek’ group, Clare Shepherd, said she experienced difficulty breathing and nosebleeds after the fire.

“I spent some time down at the creek taking photographs and reporting on the Friends of Stony Creek Facebook page,” she told Neil Mitchell.

“After each time that I was there I noticed I was a bit short of breath for an hour or so.

“After the second and third times I went I had a slight nose bleed, and that was the point where I decided I just couldn’t risk what I was being exposed to and I stopped going,” she said.

Ms Shepherd’s symptoms have stopped, but she has fears for residents who live closer to Stony Creek, which was flooded with toxic chemicals after the blaze.

“There are people who live a lot closer who have been exposed now for a year to what’s coming out of the creek,” she said.

“Every time it rains it smells again. There’s definitely still material being vaporised out of the creek bed.

“There’s a very strong chemical smell, and we were being told that it was acetone and other residual hydrocarbons.”

Ms Shepherd said she has not been contacted by the Environmental Protection Authority, the Department of Health, or any other government body, in a health capacity.