Victorian Labor MP Will Fowles has been questioned by police over an ugly incident at a Canberra hotel.

It happened on Thursday morning.

Kellie Sloane told Neil Mitchell she returned to the Abode Hotel after getting a coffee about 7.30am and was told by security she couldn’t enter.

“(They said) there was a big dude going nuts and having a meltdown because he couldn’t reach his luggage, it was in a room behind reception and reception wasn’t open,” Ms Sloane explained on 3AW.

“The guy had bashed down half the door to get it.”

Police said no charges had been laid, at this stage.

Mr Fowles was elected to the seat of Burwood at the last election.

Upon arrival back in Melbourne, Mr Fowles said he’d made a “very bad mistake” and it had been a “very distressing morning”.

He later released a statement. 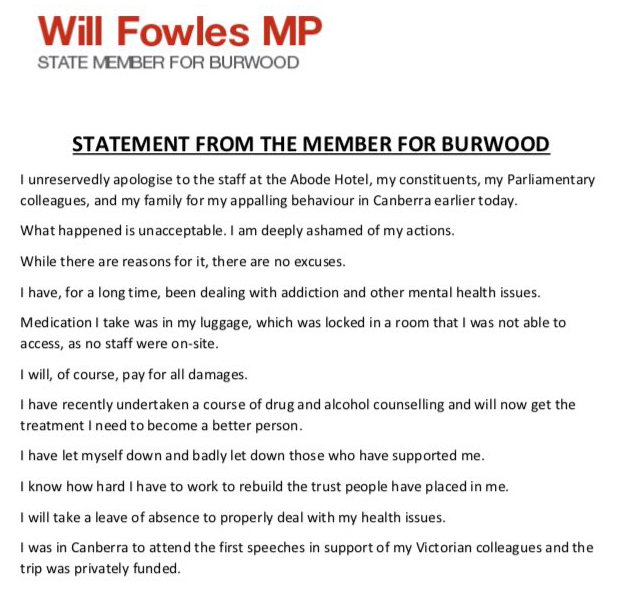 Premier Daniel Andrews said he would wait for more facts to come out before he commented on the matter.