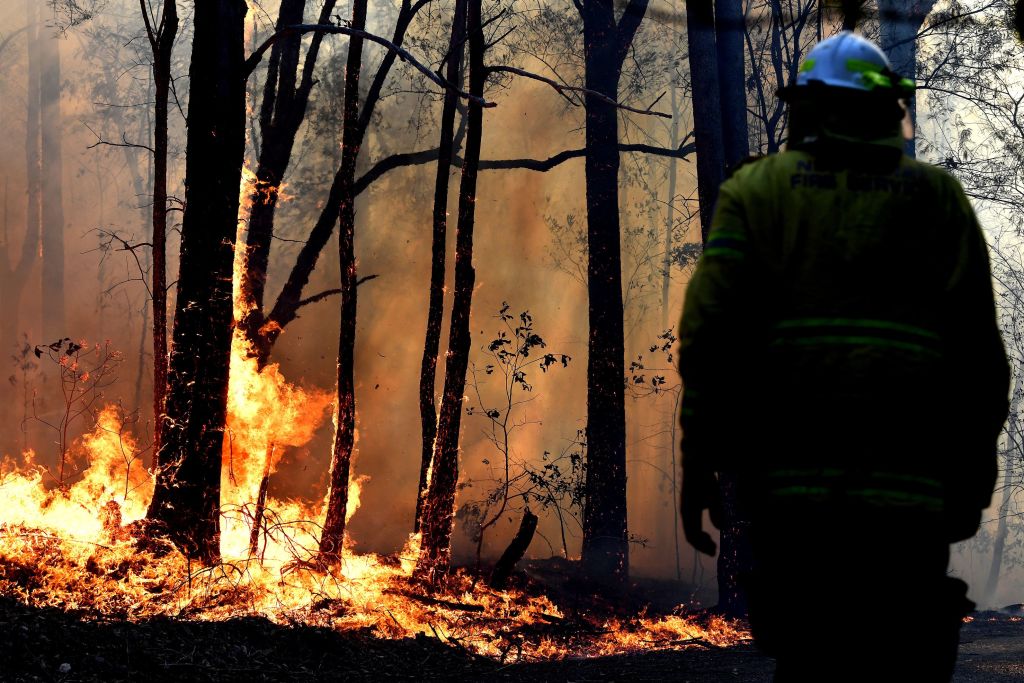 A million hectares of New South Wales is alight, with huge blazes also burning in Queensland and Western Australia.

A catastrophic fire warning has been issued for the Greater Sydney, Illawara and Hunter regions of NSW.

“I’ve been doing this for 40 years and I have never, ever seen it like this,” he told 3AW’s Neil Mitchell.

So far this fire season more than 250 homes have been lost and five people have been killed in NSW alone.

There are fears fires could continue burning for many months.

“We’ve got to remember that these fires in the northern part of NSW have been burning since August,” Mr Rogers said.

“With the fires we’ve already had and the fires we’re currently in, we’re well over 250 homes lost. Obviously five people have been killed over this fire season, and there’s no let up in sight.

“Until we get meaningful rain, that’s the situation we’re in.

“We have one or two really bad days, it eases off for a few days and then that returns, but it’s not enough time to get containment on fires.”

The Bureau of Meterology forecasts NSW will not receive significant rainfall until January or February.

“The landscape is just so dry,” Mr Rogers said.

“Combined with the humidity today, that’s below 10 per cent … strong winds gusting up to 80km/h from the west, it’s awful conditions.”

Sydneysiders are being warned not to be complacent.

“The way Sydney is built is the homes are very much ridge top developments, national parks in all the valleys in between, and that penetrates not all the way to the middle of the city, of course, but quite into the inner suburbs,” Mr Rogers said.

“Obviously they’re areas that we’re going to be watching.”

2GB reporter at the Rural Fire Service Headquarters, Gil Taylor, said the worst conditions of the day expected this afternoon and evening.

“The conditions are probably at their worst now,” he said just after 3pm.

The next couple of hours are going to be critical.

“We have 11 blazes listed as emergency levels, that’s the highest it’s been in the current crisis. We didn’t have any at the start of the day.”

A southerly change is expected to hit Sydney at 5pm, but may not make its way up to northern NSW until around midnight.

The change is predicted to bring relief to firefighters battling most of the blazes, but it could be detrimental in some areas.

So far it appears there have been no fatalities today.

“Most of the townships mentioned were door knocked as early as yesterday afternoon and advised to take heed and leave the areas, and it looks like most have,” Mr Taylor said.