This Week in Food: Eye-catching openings in the CBD, Geelong and Fitzroy 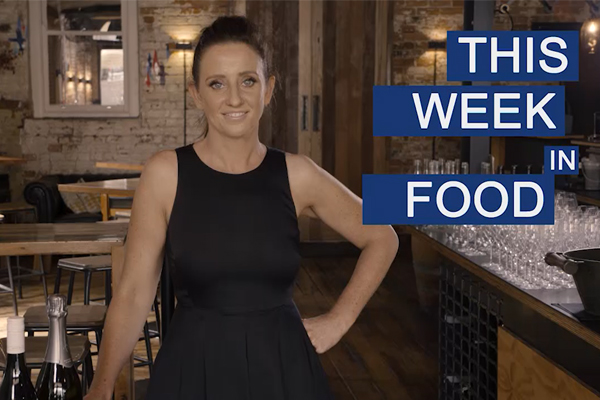 QUIET COMEDY – Looking for a different way to get involved in the Comedy Festival? How about Silent Comedy at Arbory Bar & Eatery? You’ve heard of a silent disco, well it’s the same thing, but you’re listening to three comedians, with headphones on and people walk past will just think you’re laughing at yourself. Think performers like Jimeoin, Sam Taunton & Dolly Diamond. It’s running Monday, Tuesday and Wednesday night from March 28 to April 18, $25 gets you three sets from three comedians and headphones – and Arbory has some good nosh, so you can grab a feed before or after. arbory.com.au

We will be here all weekend! 😘🍕☀🍹 #Yarra #MELBOURNE

BEAUTY OF A BAR – I love waiting for a good new place to open, the kind you really look forward to. Well, Bar Saracen was that for me. The newest venue from Joseph Abboud (of Rumi and The Moor’s Head fame) and front-of-house master Ari Vlassopoulos (ex-Pei Modern, Giuseppe Arnaldo & Sons, and Hellenic Republic) it feels at once exciting and laid back, novel and familiar. Brilliant, unique Middle Eastern cuisine, the fried okra with cumin salt an early contender for bar snack of the year, the Wagyu kaftan nayeah a gorgeous take on tartare, and try the Murray Cod! Check it out in Punch Lane – www.barsaracen.com.au

GREAT GRIESLING – A new opening down Geelong way, the award-winning Provenance Wines has opened a new winery and cellar door at the historic Fyansford Paper Mill site. The Mill has become a bit of an arts and cultural hub of late, so Provenance joins an art gallery, cafe, mosaic workshop and more. They’ve got a small food offering (think duck rillettes, local and imported cheese, tinned sardines), and some of their more unusual varieties include a Griesling – a mix of Riesling and Pinot Gris. More at: https://provenancewines.com.au/

MAYBE MESSER – And I promise it’s not long if you’re a fan of Copper Pot’s Ashley Davis and are eagerly awaiting his new instalment – Messer in Gertrude St Fitzroy. It’s the next chapter for Ashley, who’s been sharing his European journey with us, following his Michelin-starred efforts working there. Might even be open by the time this hits the radio, fingers crossed! https://messerfitzroy.com