Thousands of people in the Dandenong Ranges are again without power after damaging winds lashed the area overnight.

Emerald appears to have been worst hit.

The local SES unit last night responded to more than 60 requests for assistance.

A few thousand properties in the area are without power this morning.

Statewide, the SES responded to more than 585 calls for help overnight.

“We’ve seen a number of those on buildings as well as traffic hazards,” he told Neil Mitchell.

A severe weather warning remains in place for most of the state, with damaging winds expected to continue throughout the afternoon.

“We are expecting to see another influx of requests for assistance,” Mr Dalgleish said.

There are more than 6000 AusNet customers without power in the state’s east.

In the west, there are just under 1000 Powercor customers currently without power.

Press PLAY below to hear more from the SES 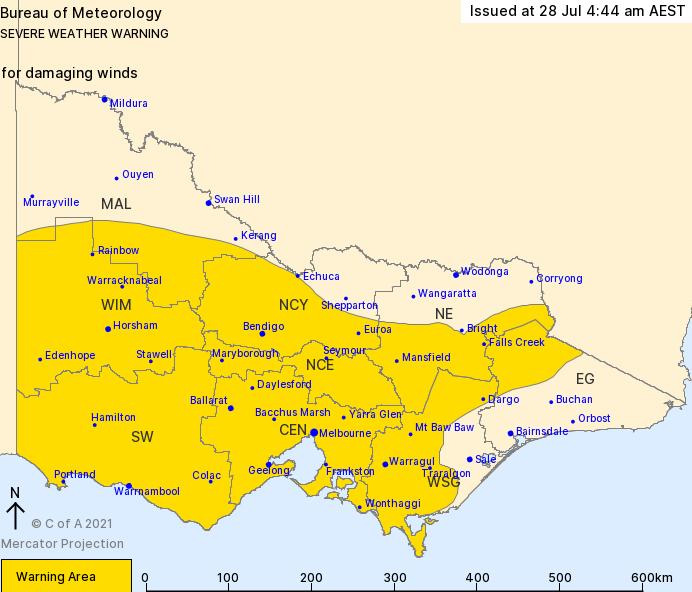