Three people have died after being struck by trees as wild winds battered parts of Victoria.

A four-year-old boy was struck by a tree at Blackburn South at around 6pm on Thursday night.

The child was taken to Box Hill Hospital before being transferred to the Royal Children’s Hospital where he died.

A 36-year-old Parkdale woman, who was a passenger in a ute, was also killed during the wild storm.

A tree fell on the ute as it was travelling along the Maroondah Highway in Fernshaw at about 6.50pm, kiling the woman.

The driver was transported to hospital with minor injuries.

Meanwhile, a man was killed while leaving a car park in Belgrave.

He was exiting the car park at the intersection of Terrys Avenue and Ena Road just after 6pm, when a tree fell and crushed his car.

He later died in hospital.

The SES received 1800 calls for assistance last night, with the highest concentration of calls coming from Emerald and Belgrave.

Thousands of properties are still without power.

Press PLAY below for an update from the SES.

The Department of Health and Human Services has released a list of frequently asked questions about COVID-19 restrictions if your home has been impacted by storm damage. It is available HERE. 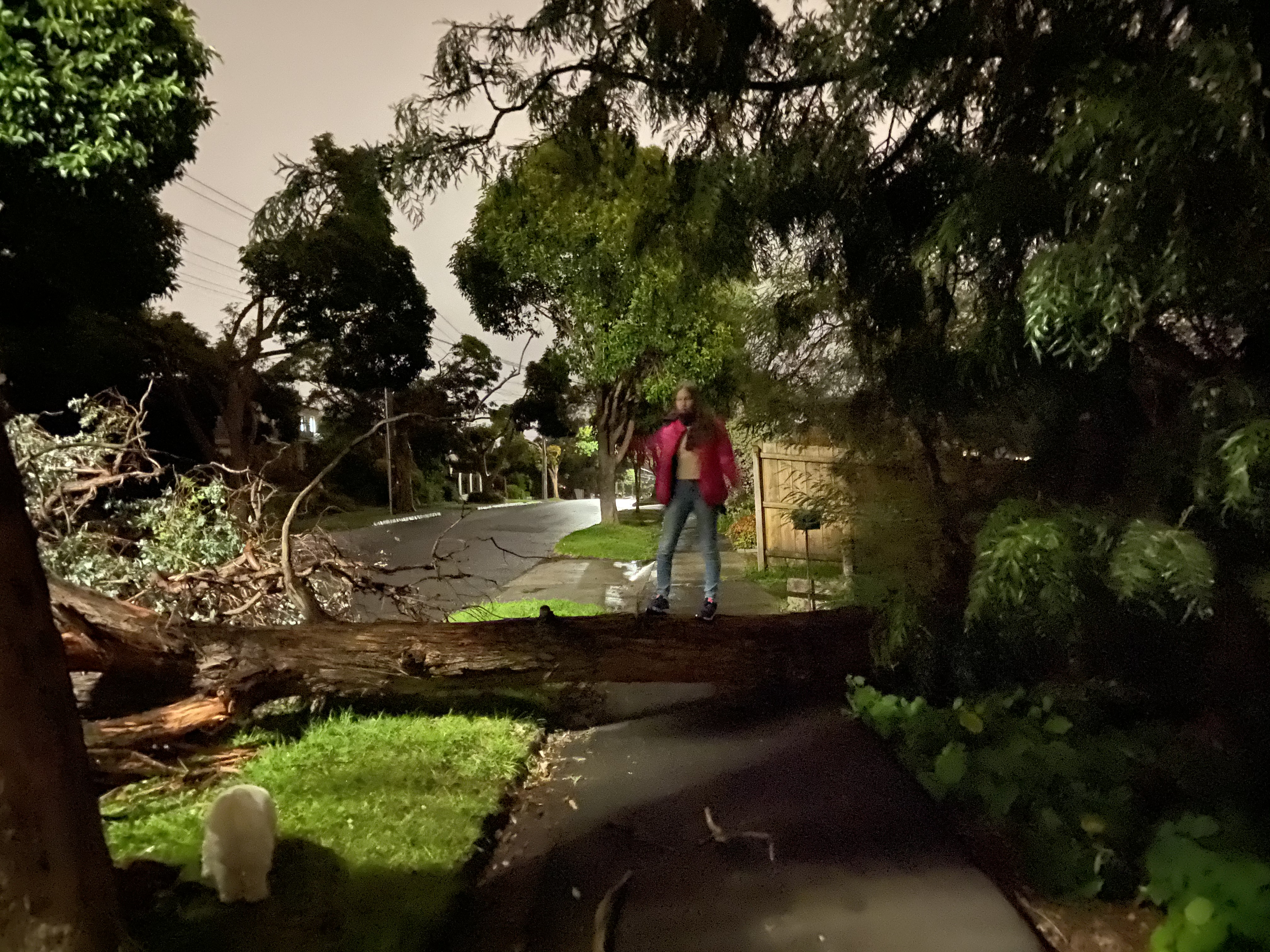 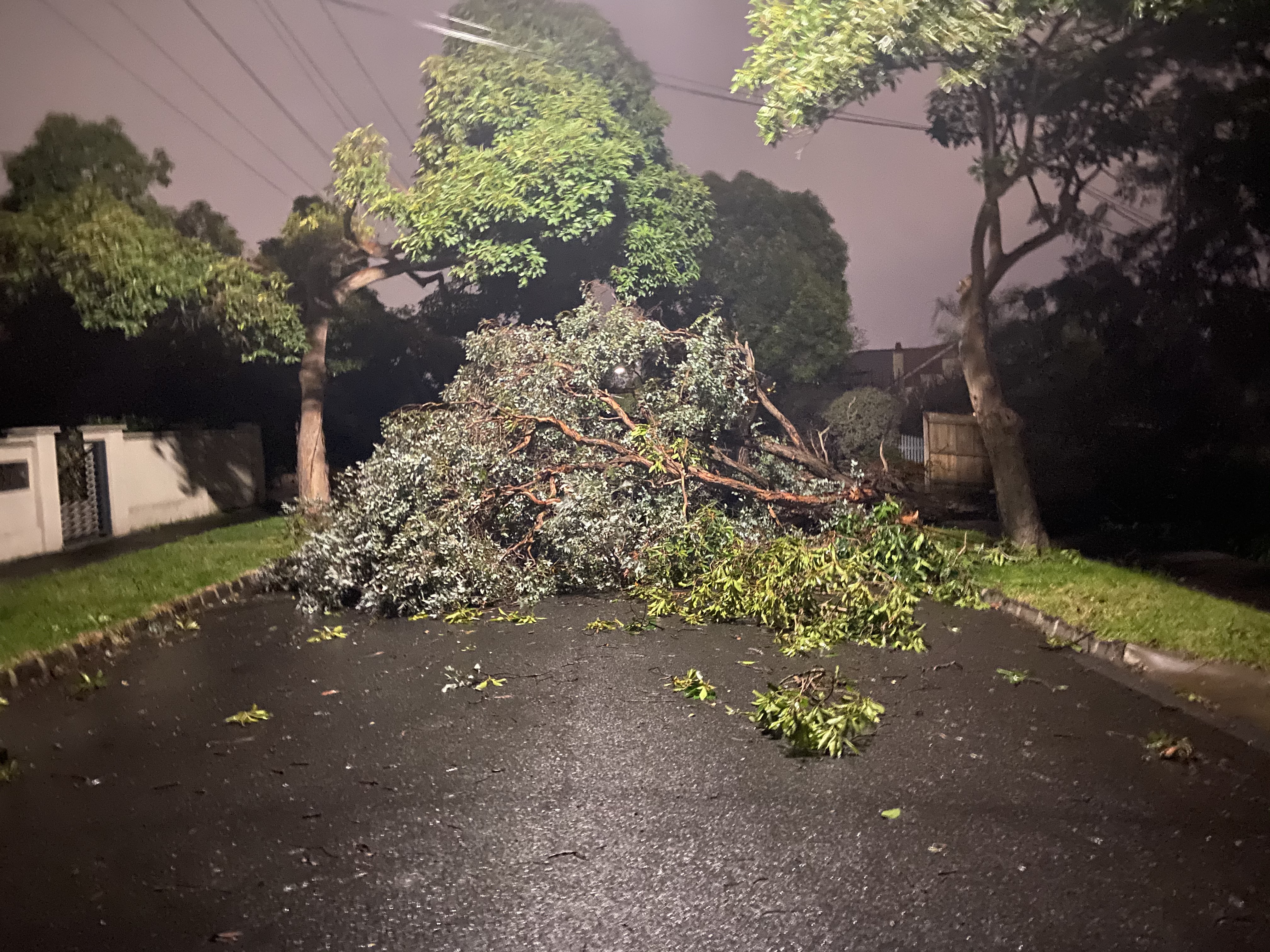 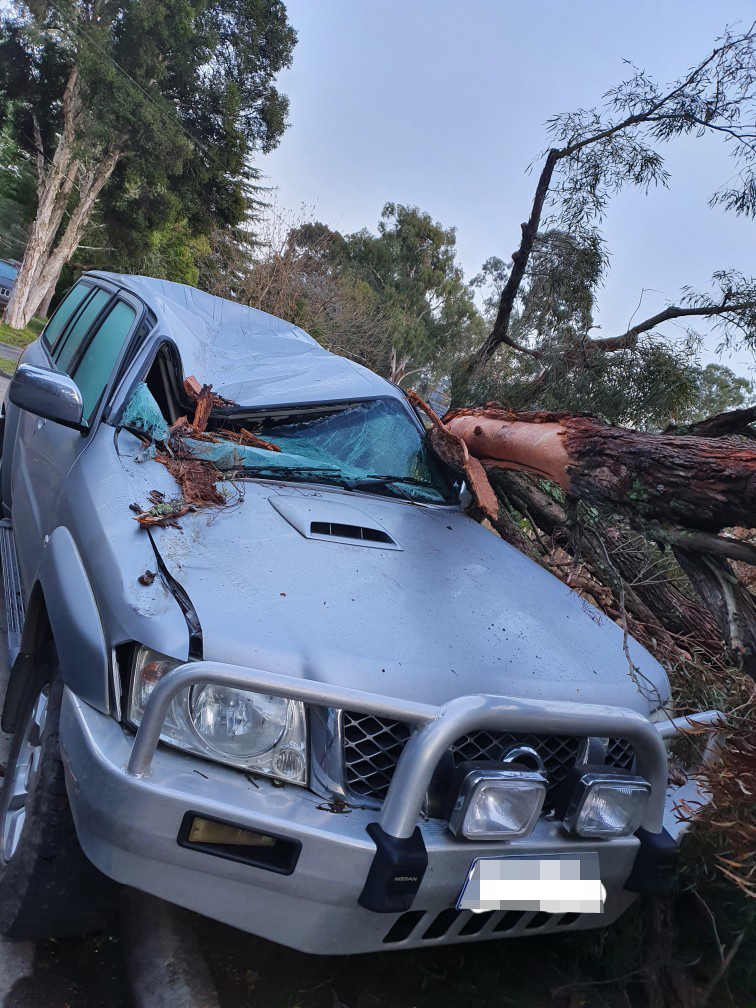 Image: A tree fell on a car in Ringwood North

The tree that killed a 59yo man at Belgrave last night. He was driving out of the shopping centre along a small one-way street about 6pm when it came down. Horrendously unlucky. pic.twitter.com/H76EbXW6Pe

We’ve been sent this footage of the storm hitting Colac at 4pm yesterday, before it made its way towards Melbourne. pic.twitter.com/V1MW6E6Hk4 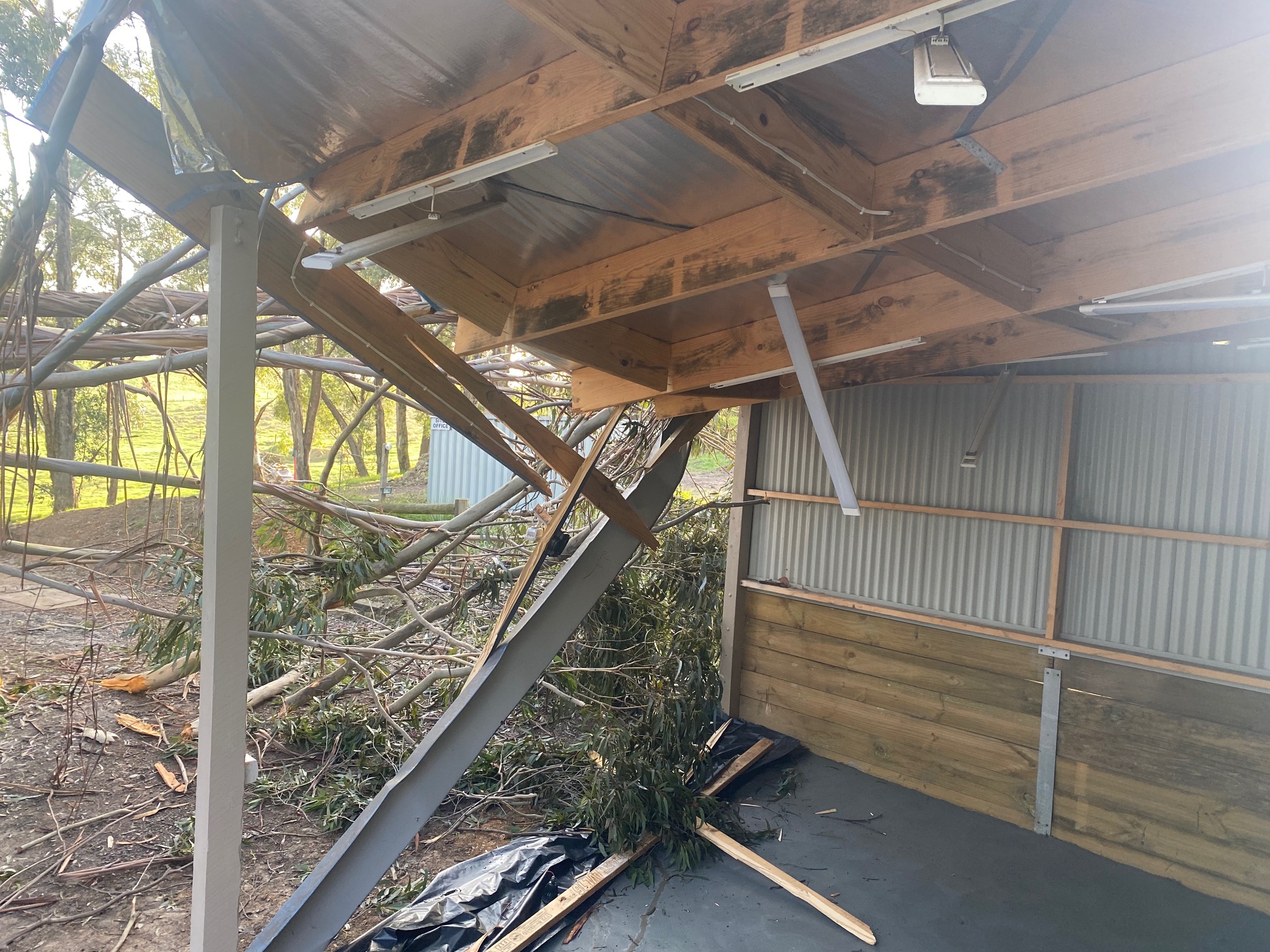 Image: Damage at a property in Gruyere 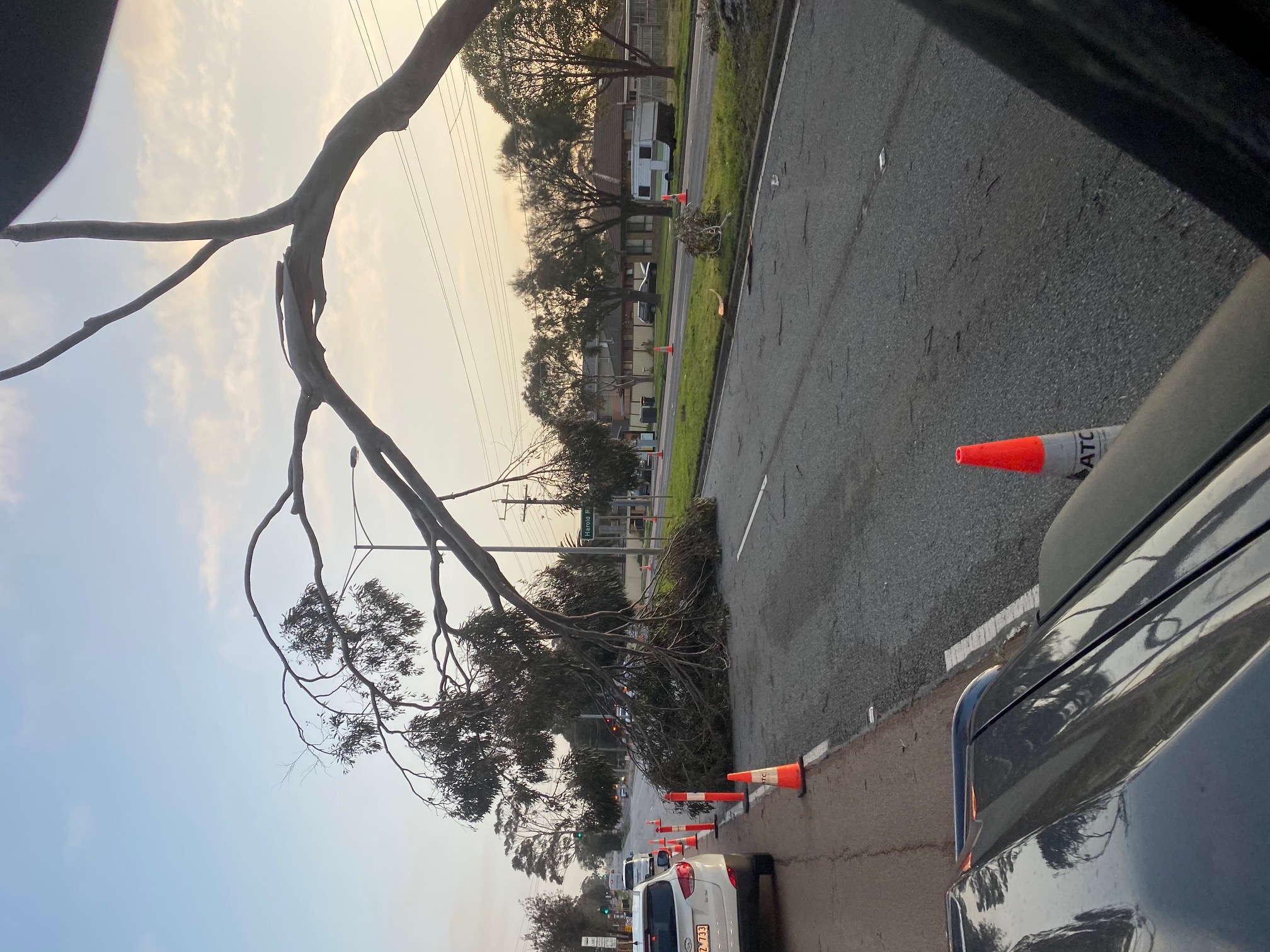 Image: Traffic is down to one lane on Springvale Road, Springvale due to a tree on the road. 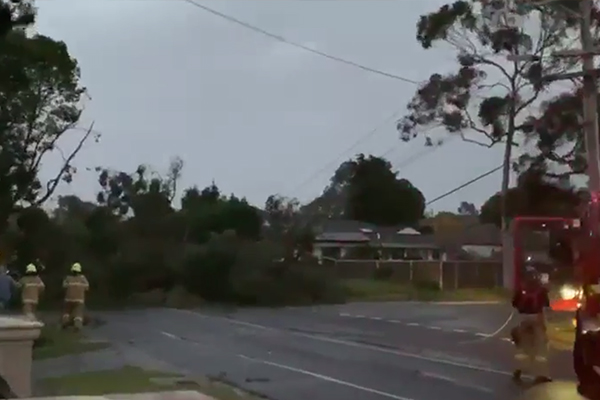 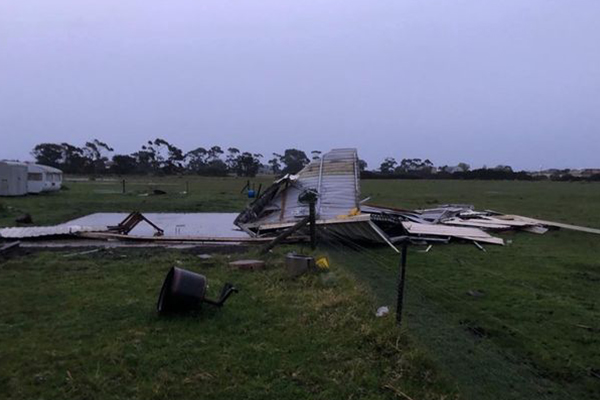 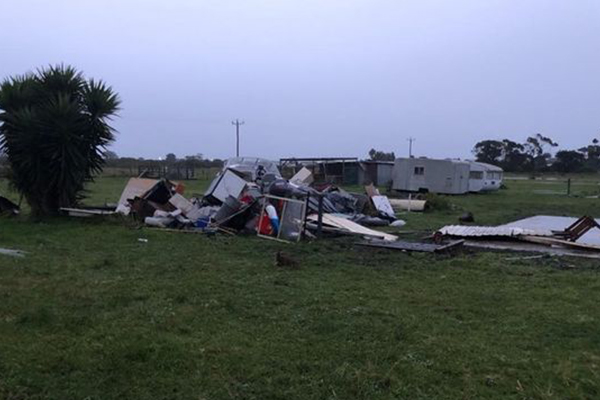