Tom Morris has been sacked by Fox Footy.

It comes after a vulgar WhatsApp audio message the reporter sent to friends was leaked publicly on Thursday.

It regarded a female work colleague of Morris at Fox Sports.

Another video later emerged of the reporter making homophobic and racist remarks.

He has since released a statement, apologising for his “disgusting and disgraceful” comments. 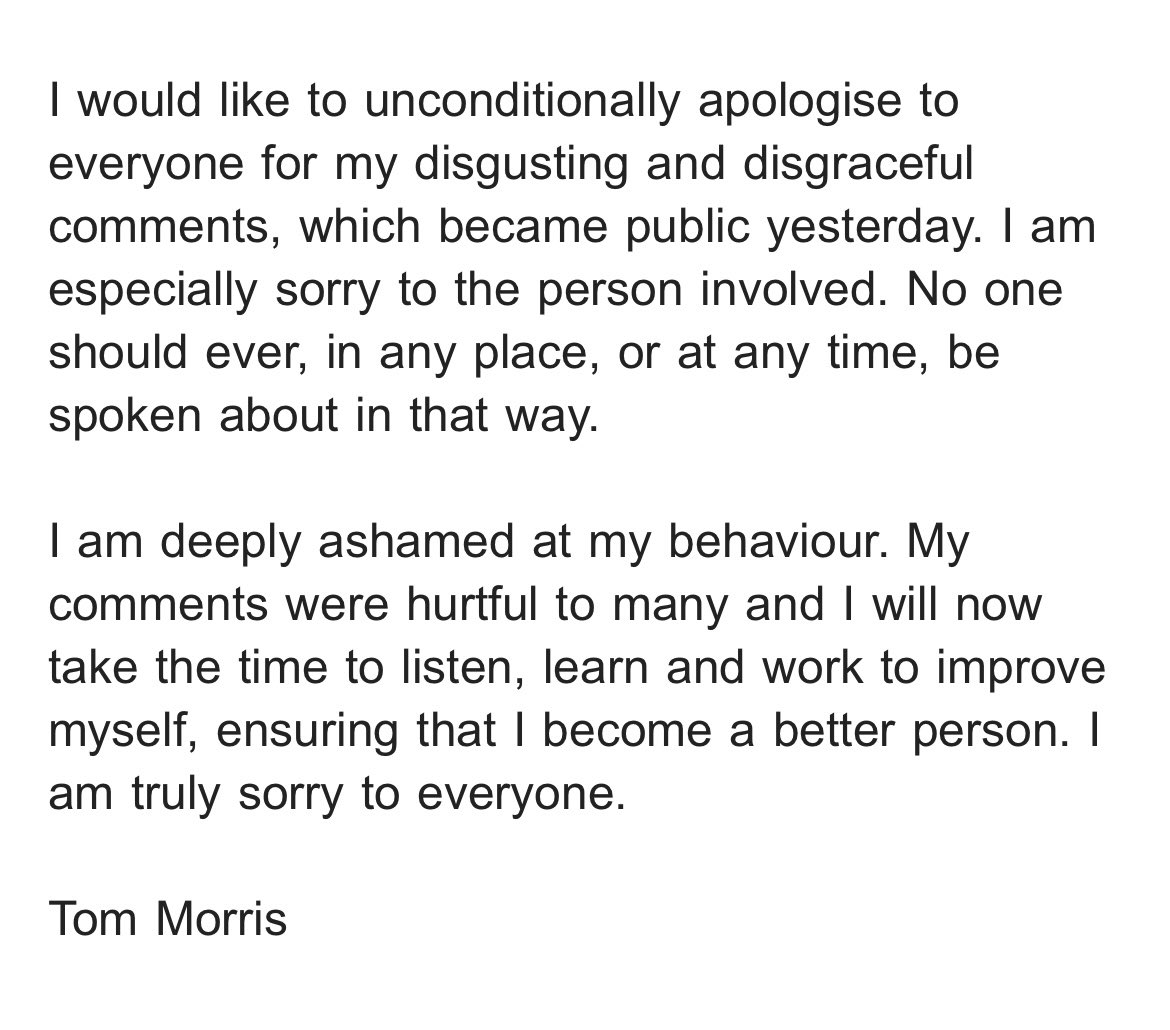 Morris was flung into the media spotlight on Wednesday night when Western Bulldogs coach Luke Beveridge launched a scathing attack on him in the wake of the club’s first-round loss to Melbourne.

Beveridge accused Morris of “gutter journalism” and “muckraking” following a story about selection.

The Western Bulldogs coach has since apologised.