CCTV has been released of a man wanted over a fatal shooting in South Yarra’s Fawkner Park.

Detectives have used vision from more than half a dozen CCTV cameras to trace the man’s movements in the moments after Carnegie man Daniel O’Shea, 41, was shot dead in Fawkner Park in South Yarra on April 26.

It’s believed the victim was shot and killed some time around 7.40pm.

Wearing a green cap, dressed in black, holding a Coles shopping bag, the wanted man fled east from Fawkner Park past the site where two firearms used in the attack were later found by a little girl, aged 5.

He then walked casually up Punt Road, down Toorak Road and ended up at Como Park.

Detectives believe the man had arranged to meet Mr O’Shea (pictured below) before the fatal shooting and are confident someone will be able to help them identify him. 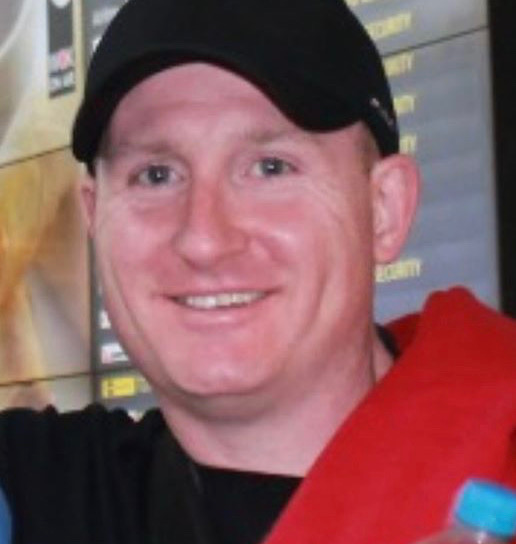 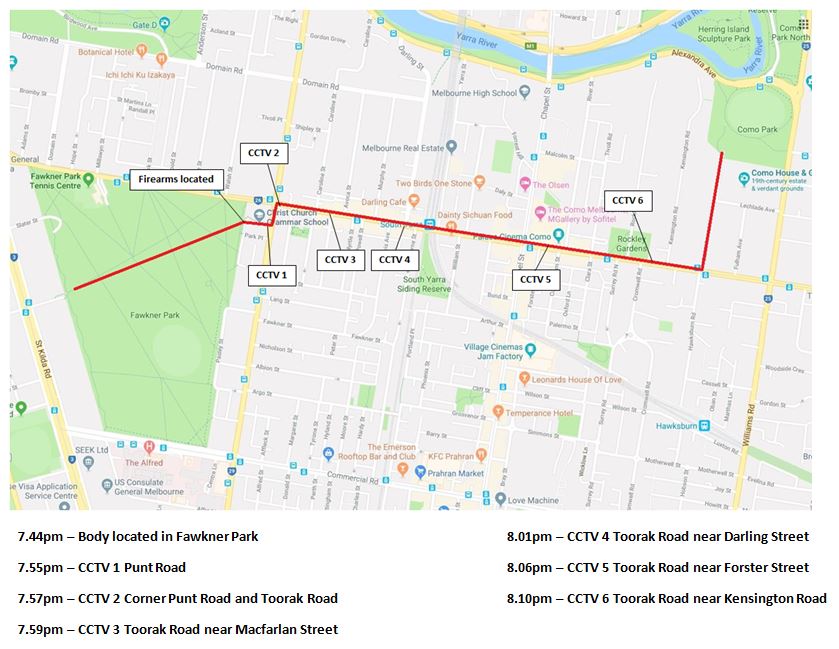 Officer in charge of the Homicide Squad, Detective Inspector Andrew Stamper, said there is no doubt there are people in the community who can help solve this investigation.

“Someone out there knows exactly who this man is,” he said.

“They know who he is, why he was there, and what connection he has to our victim.

“What we need from those people is a name.

“I understand that there are people, especially those with connections in the criminal underworld, who feel they don’t want to get involved in these incidents.

“But regardless of the circumstances, someone has been murdered. We have a mother who has lost a son, people have lost a partner or a friend.

“It’s for those people – and the wider community that is no doubt feeling concerned about something like this happening – that we need to find who is responsible for Daniel’s death.

“I would also stress to anyone who does know who this is but has some concerns coming forward, it can be done via Crime Stoppers with absolute anonymity.

“All we need is a name and again, I’d urge anyone out there who can provide that detail to us to do so.”