Melbourne’s road network was left in gridlock on Friday afternoon after three major incidents on three of the city’s busiest roads.

The third and most alarming accident occurred in-bound on the Princes Freeway about 3pm.

The crash involved a truck and several cars (pictured above, courtesy of VicRoads).

Three in-bound lanes were closed for hours after the incident.

Melbourne’s traffic woes started about 8.20am when trucks collided on the West Gate Bridge, taking out 40 metres of safety barrier with them.

Two outbound lanes of the West Gate Bridge are currently closed following a collision. There are significant delays. The safety barrier was damaged in the collision and must be repaired. One lane will remain closed throughout the afternoon peak. Plan your journey pic.twitter.com/HBxxrvZh1v

Police say the first truck swerved after it was clipped by a sedan.

But the driver of that car fled the scene, leaving destruction behind it.

Police say the sedan will have damage to its passenger side.

Three lanes were closed, sending West Gate Freeway traffic heading out of the city into chaos as far back as Burke Rd on the Monash Freeway.

Those delays are starting to ease but may be impacted by the Princes Freeway incident.

Meanwhile, two out-bound lanes are blocked on the Tullamarine Freeway after a truck lost its load near Pascoe Vale Road (pictured below) 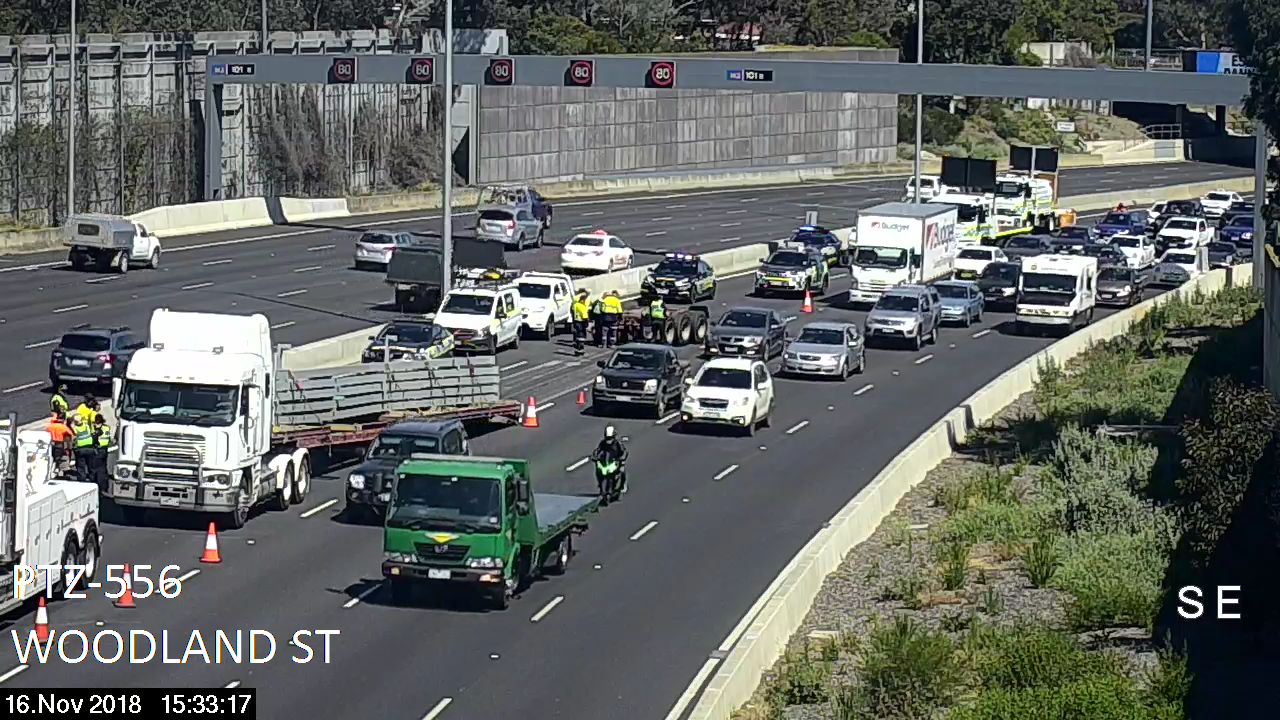 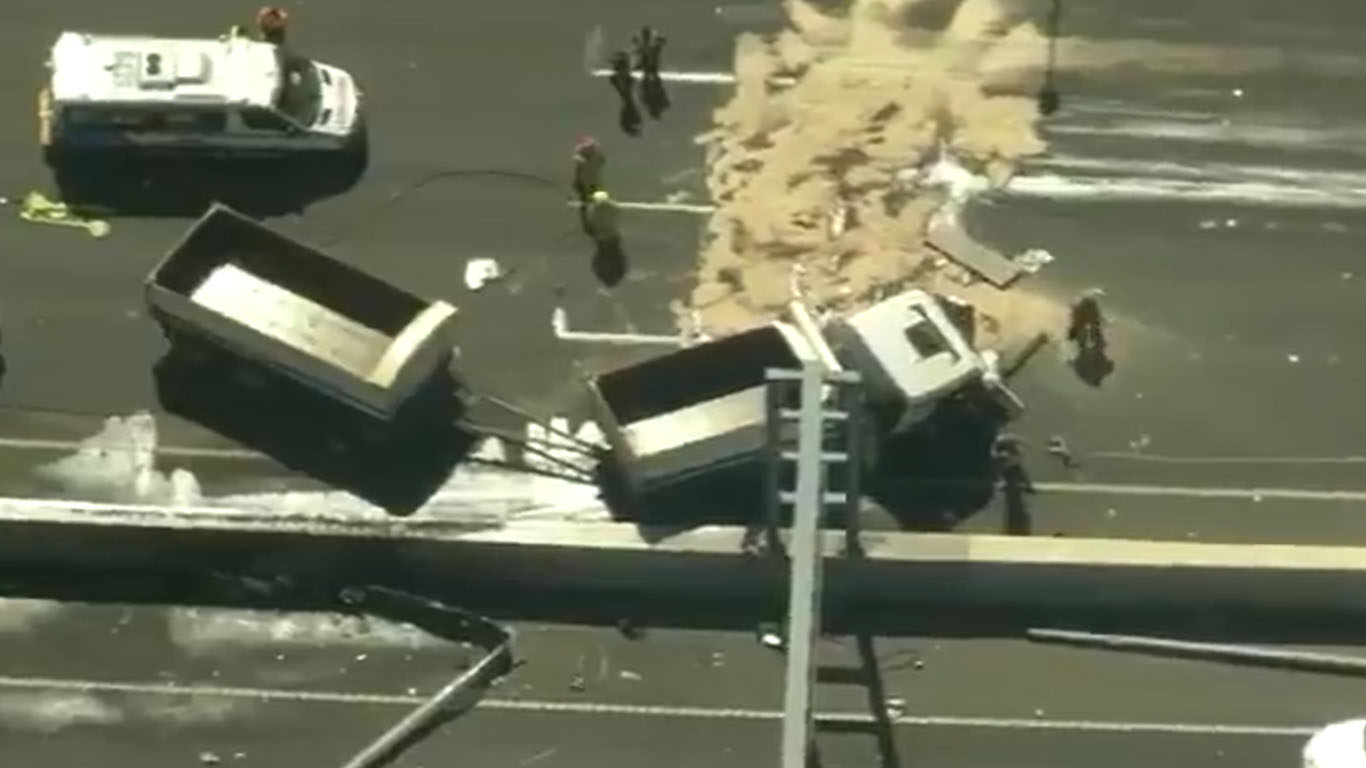