Police arrested 59 climate activists over an Extinction Rebellion protest in the CBD on Tuesday.

“They’re taking them away one by one.”

Police issued 35 people with penalty notices for failing to abide a traffic direction made by police.

Another 24 people were arrested for resisting an emergency service worker.

They are expected to appear in court at a later date.

Despite the arrests, protesters say they plan to shut down another part of the city before the week is through.

The protesters camped in Carlton Gardens last night, before splitting into a dozen groups to take different routes to the intersection, keeping its location a secret until their arrival.

The normally idyllic gardens, which corner Victoria and Rathdowne streets, looked more like a mini-music festival this morning with about 30 tents dotted around the park, as well as trestle tables and banners. 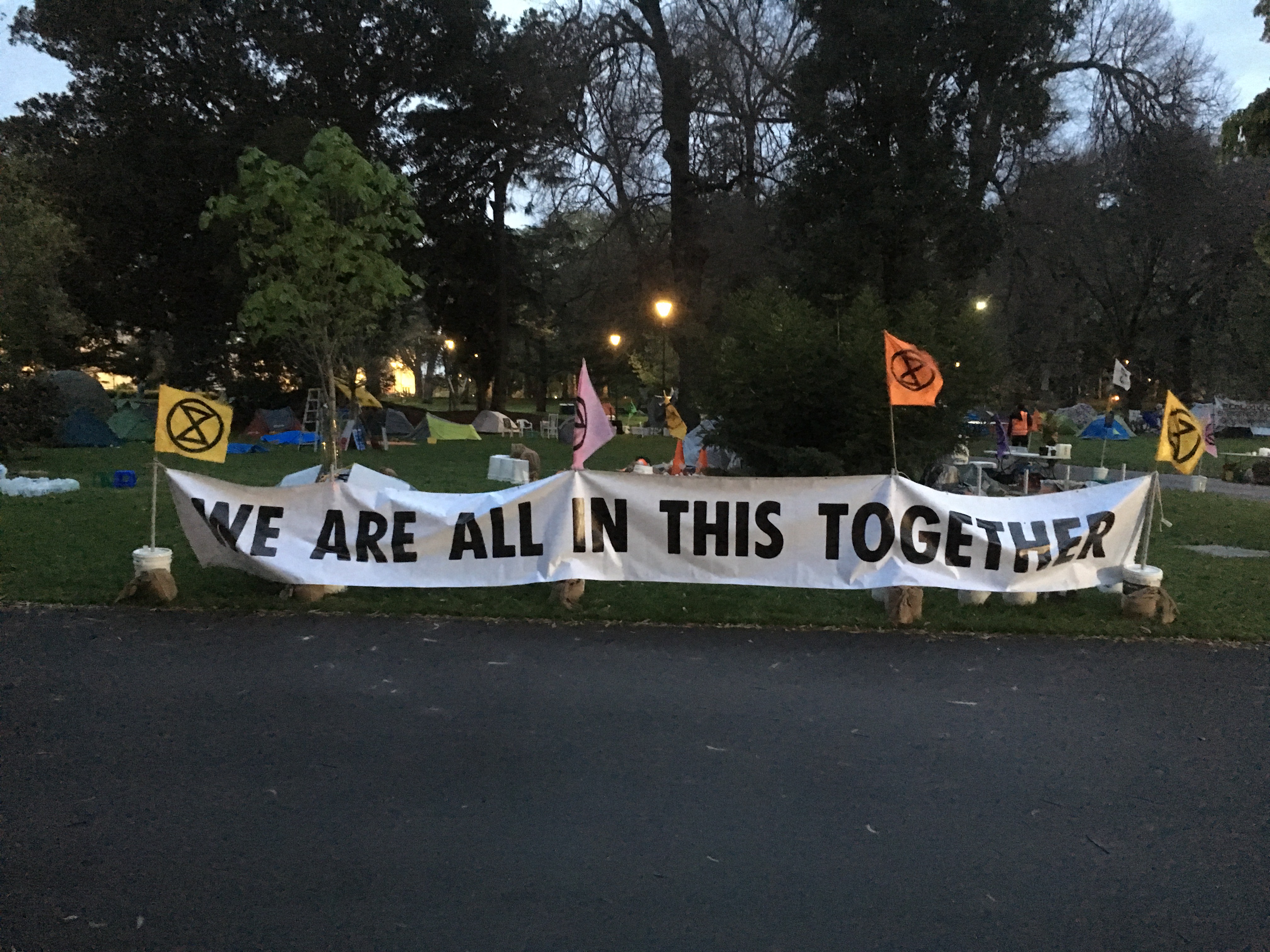 The extinction rebellion demonstrators have reportedly promised the City of Melbourne they’ll pack up the tents during the day.

Yesterday, 10 protesters were arrested for shutting down Flinders Street.

A symbol of the bloodshed, activists say has been caused by climate change @ExtinctionR @3AW693 pic.twitter.com/7qRT1bQGPD

Two were charged, and one did not to seek bail.