Tram vs car crash outside the Alfred Hospital

A tram and car have collided outside the Alfred Hospital this morning.

Alan told Neil Mitchell a tram collided with the passenger side door of a black Mazda.

“It’s a pretty bad smash, the whole passenger side has caved in,” he said.

“It looks like someone heading in the Camberwell direction tried to do a u-turn in front of the tram.”

Alan said passengers are being offloaded and trams are backing up behind the scene.

Police and paramedics are on scene.

It’s not yet known if anyone was hurt in the crash. 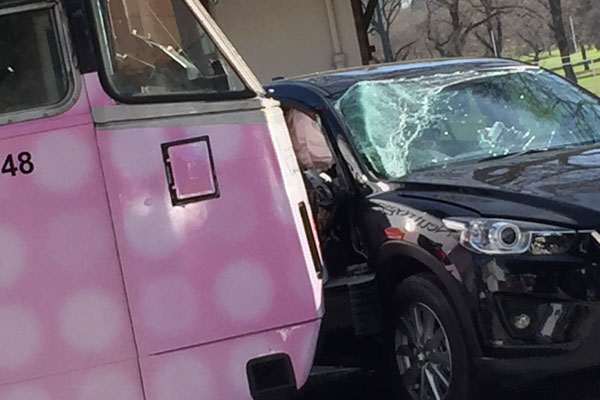 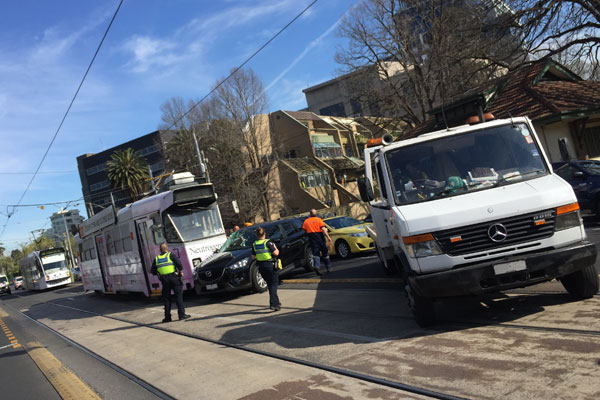