Treat yourself: New dietary recommendations of 14g of red meat per day to reduce global warming

New dietary guidelines before the United Nations have called for the limitation of red meat consumption to a measly 14g a day, as a bid to reduce global warming.

As reported in Herald Sun, a group of academics have submitted the plans to the UN as part of a bid to reduce global warming by dismantling the world’s beef industry.

One of the report’s authors Dr Fabrice DeClerck, told Ross and John it has a positive impact on an individual’s health, as well as for the earth’s climate.

“It’s the recommendation consumption for your own health, that’s to prevent obesity, diabetes, cardiovascular disease, it just so happens that eating this healthy diet is good for the environment including climate.”

If you can hear Ross chuckling away in this audio – it’s him giggling at Scorcher cutting up a 250g steak into 14g portions.

“Wouldn’t it be simply easier not to eat it at all?” Ross said.

“It would be a waste of energy to cook it!” Burnso said.

“You’d be hanging out for it wouldn’t you!” Burnso replied. 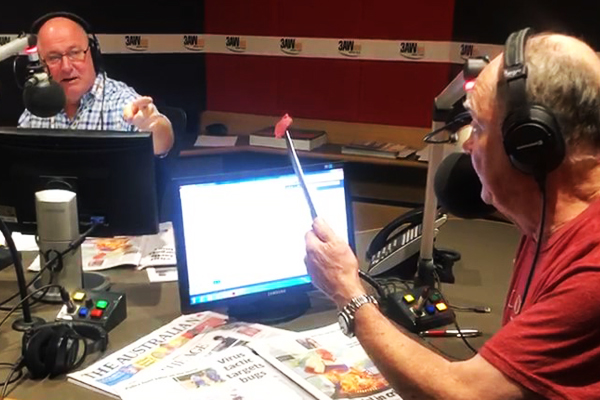