A B-double truck has collided with a school bus and ploughed into a house at Inverleigh, west of Geelong.

The truck hit the bus on the Hamilton Highway at the intersection with Dundas Street at about 8am.

A man has been airlifted to the Royal Melbourne Hospital in a stable condition after the smash.

He is being treated for lower body injuries.

Rachel, who lives in the house hit by the truck says she feels “a bit sick” about the close call.

The B-double smashed through her bedroom wall just moments after she left the room.

“I had just walked out of the bedroom to go into the bathroom to have a shower,” she told Neil Mitchell.

“It was a very confronting moment.

“I’m still in a little bit of shock. I feel a bit sick.

“There’s a lot of people that are very lucky they haven’t been injured in this case. The bus didn’t have any kids on board, which is such a relief.”

Press PLAY below for Rachael’s account of the terrifying incident. 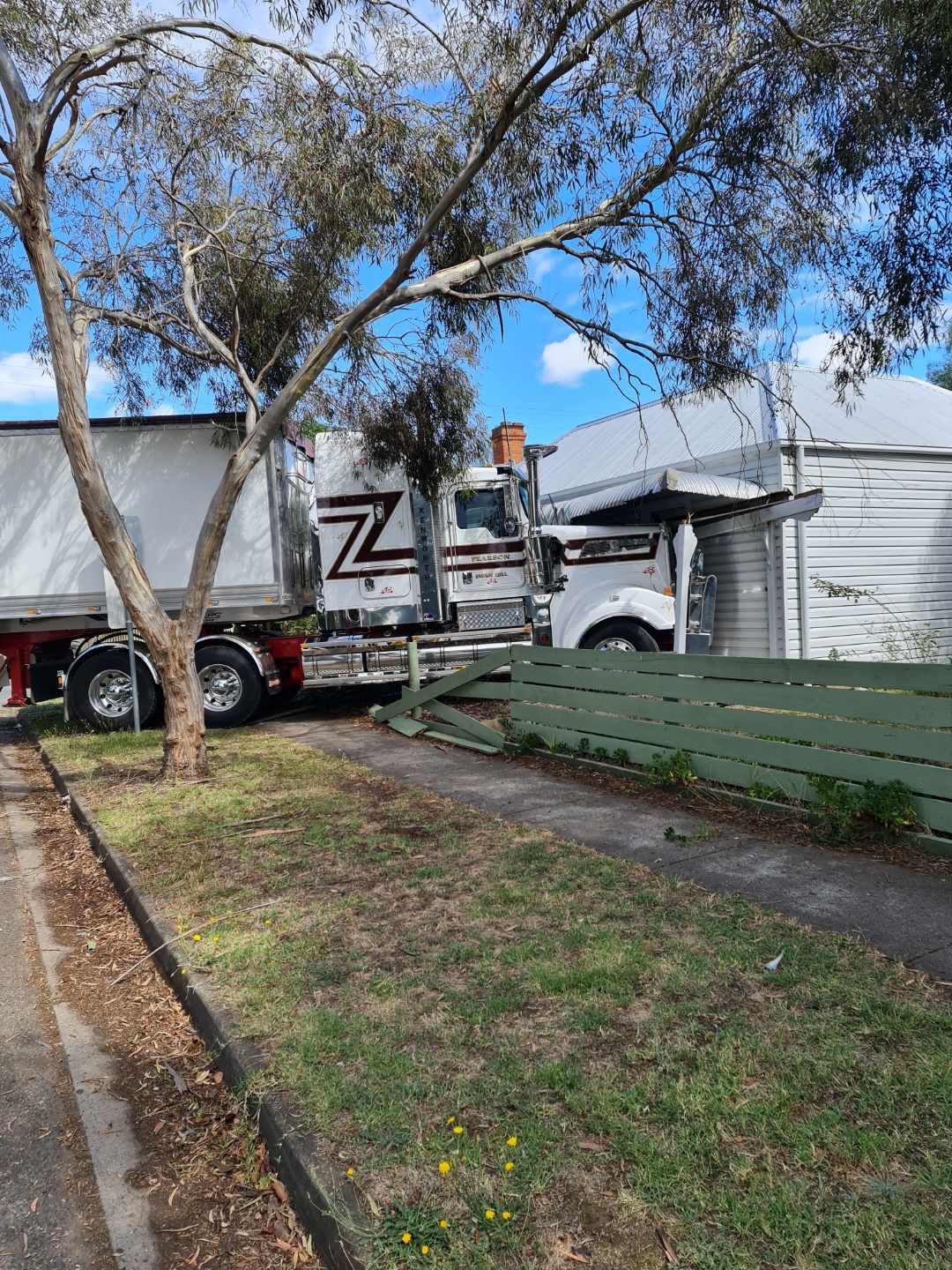 A truck and school bus collided at Inverleigh this morning, with one vehicle also running into a house

Thankfully no children were on board, with the driver safely extricated. @AmbulanceVic @CFA_Updates @VictoriaPolice also attended

Press PLAY below for John’s call to Neil Mitchell