Police are struggling to identify two men who were killed following a horror police pursuit in Preston last night.

It’s believed a Toyota Kluger had been involved in a carjacking and an aggravated burglary in St Albans when a pursuit was sparked just after 10pm.

The four-wheel-drive crashed into a truck, killing the two men in the car at the scene.

The truck then hit a stationary Audi sedan.

Another two men were arrested but have refused to speak. A fifth man remains on the run.

Police are also trying to track down a stolen black VW Golf and the victim of the attempted carjacking. 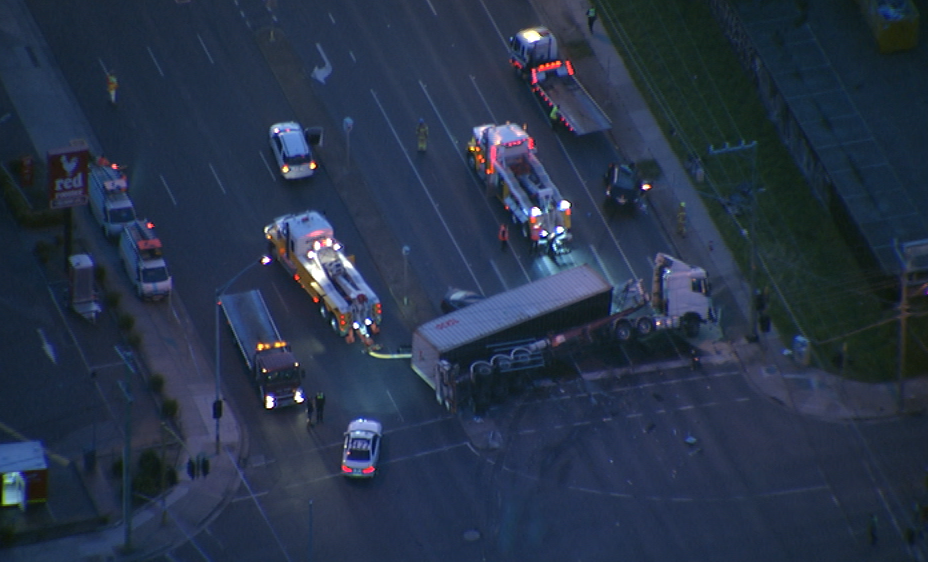 The investigation will be overseen by Professional Standards Command.

Bell Street remains closed in both directions between St Georges Road and Plenty Road, and will remain so throughout the morning peak.