Uber has released new guidelines warning that discriminatory or predatory behaviour by drivers and riders will not be tolerated.

The ride sharing service also reiterated its “no sex rule”, and says drivers and passengers are not to touch each other, comment on appearance or ask whether they’re single, or visit after a ride has been completed.

You can also be banned from the app if your rating drops below four stars.

“In fact we have an ex-detective within the team in Australia whose sole job is to work in collaboration with law enforcement and when there are instances we act swiftly to remove them from the platform,” she said.

The guidelines will come into effect on the 19 September.

Click PLAY below to hear her speak with Tom Elliott

Emails sent out to users today 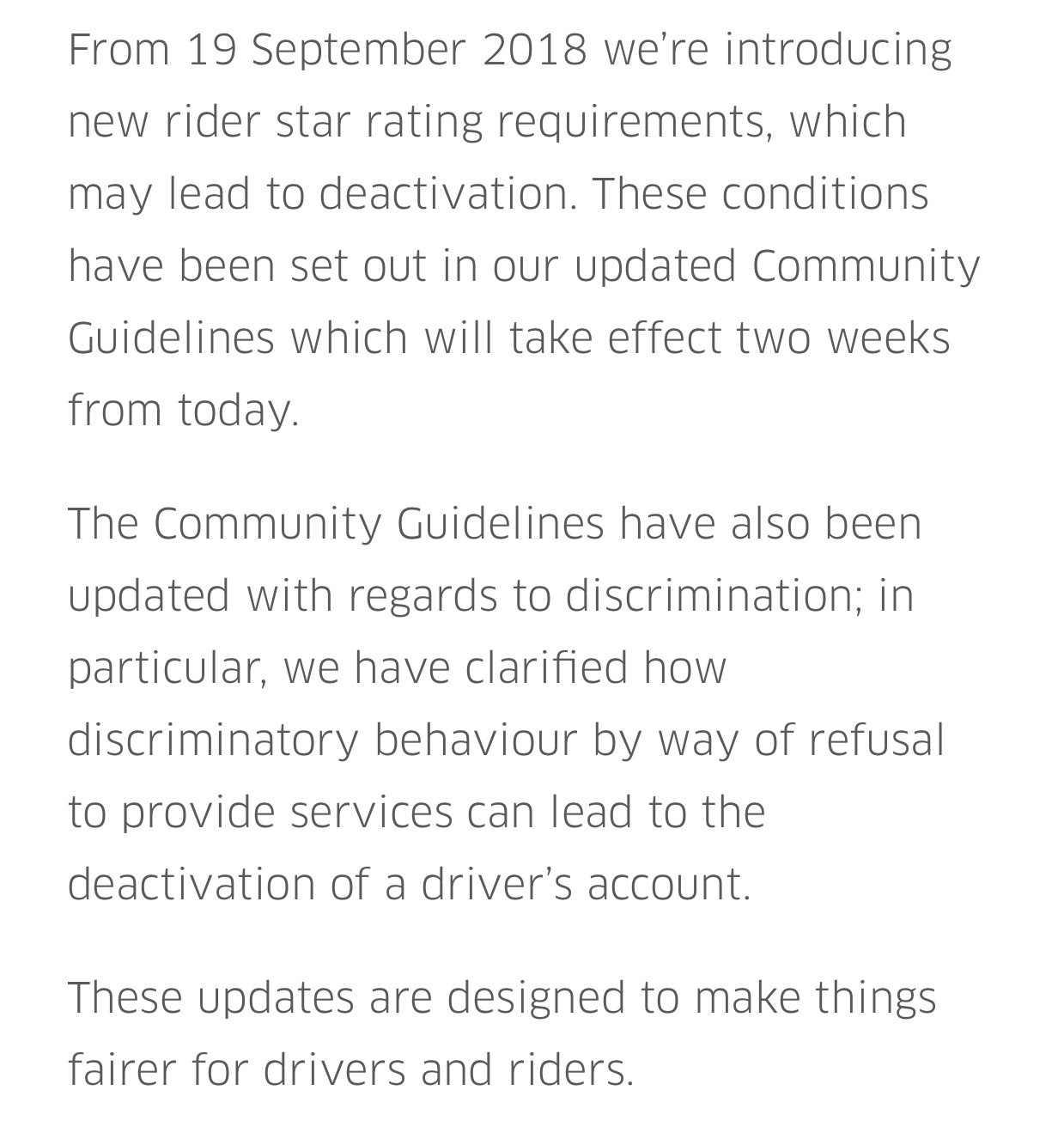 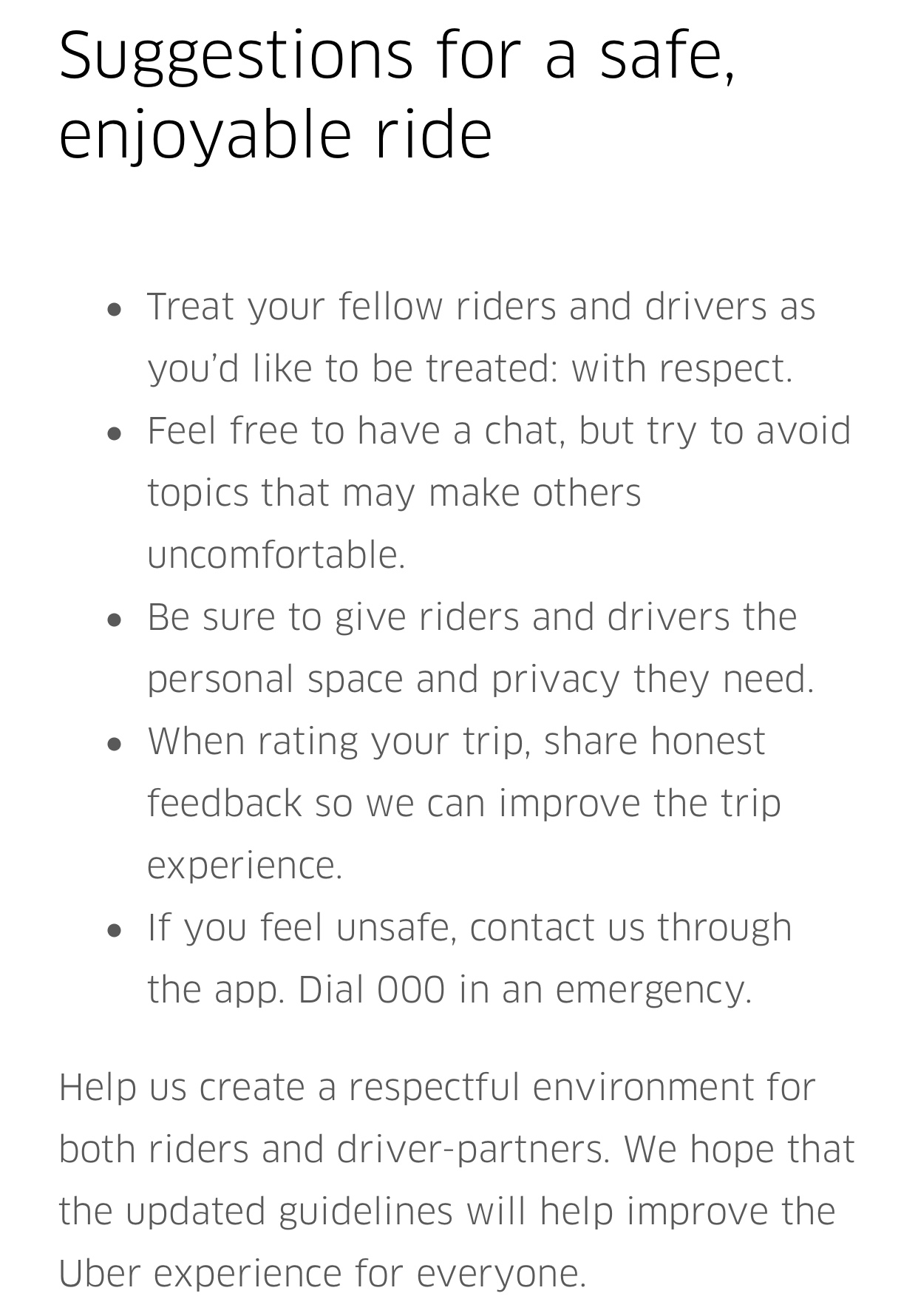