A pregnant woman has been left in shock after a barista refused to serve her a coffee at a café in Melbourne’s eastern suburbs.

Shell told 3AW Drive she dropped by the cafe with her two children on Friday to get a coffee after an appointment.

The barista asked if she wanted it de-caffeinated.

Shell was approached by another staff member shortly after where she was told the barista “didn’t feel comfortable” serving her caffeine.

“I was just so shocked,” she said.

They left the café.

Shell’s partner got in touch with the business to complain about what had happened.

The owner has since apologised and said she should have been served. 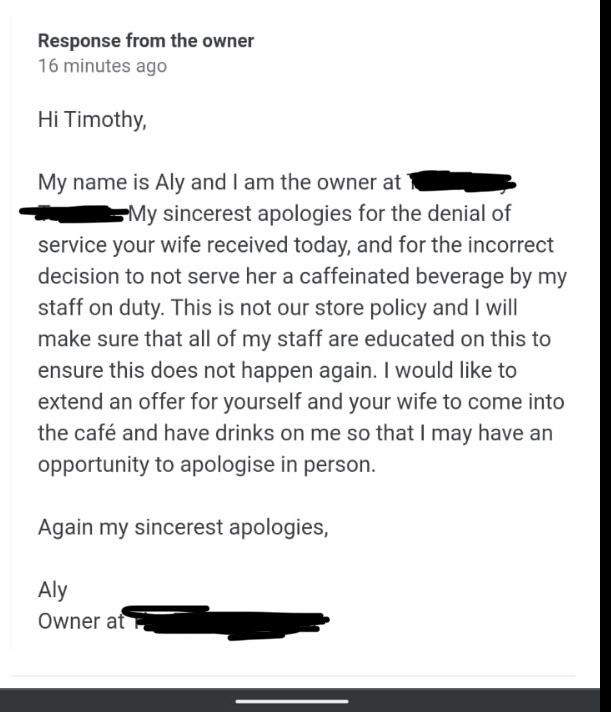 WORD ON THE STREET