A union protest shut down the Melbourne CBD this morning, as union members around the country called for a change of government and protested against low wages and insecure work.

Road closures began at 9am, with the march from Trades Hall to the steps of Parliament House underway at 11.15am.

As many as 200,000 people were expected to attend the Melbourne rally, but 3AW Mornings producer Michael Hilder, who was at the protest, estimates only around 100,000 were in attendance.

Michael was mistaken for a unionist and handed a chant sheet, which he read to Neil Mitchell on air. 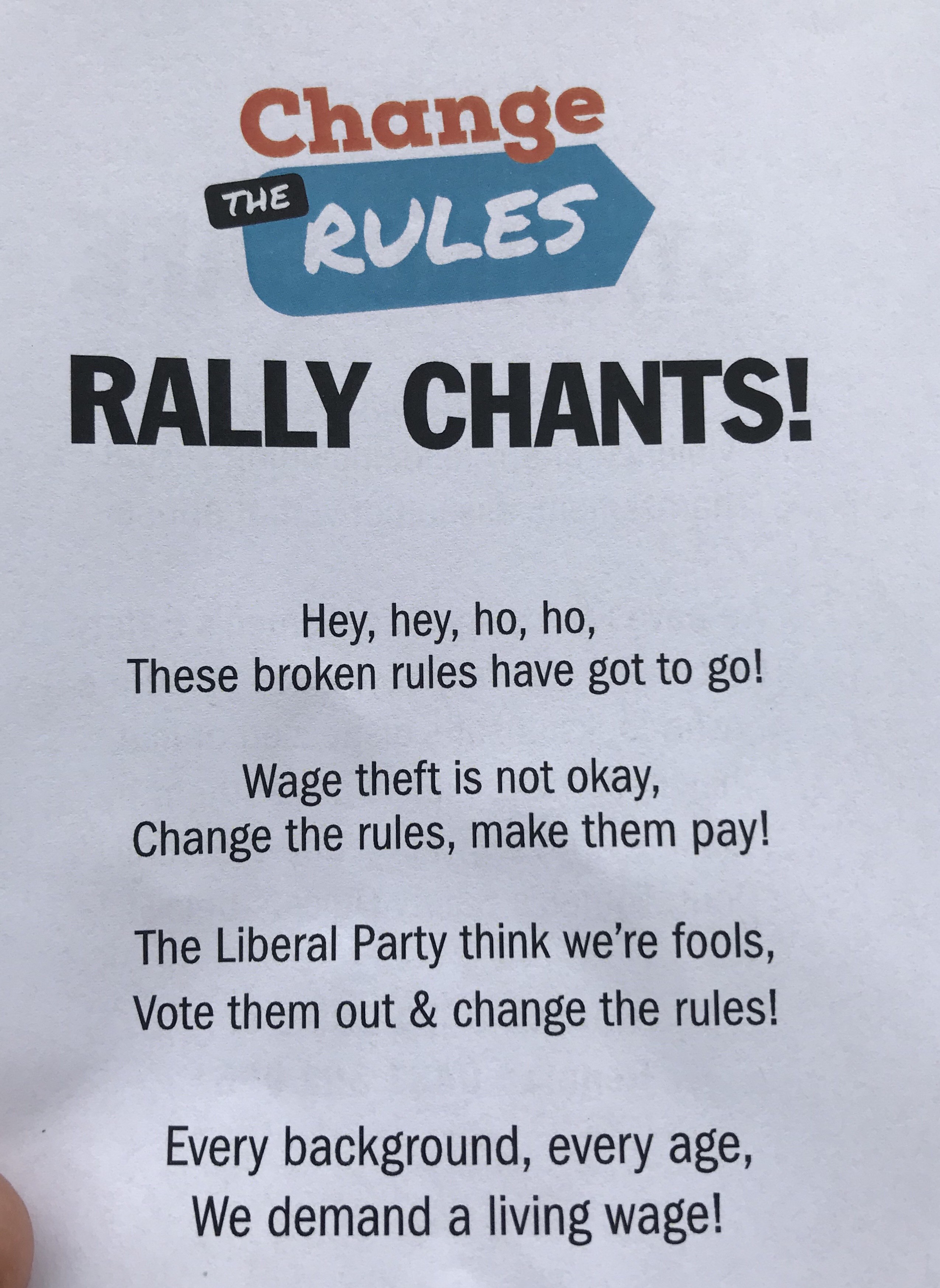 Unions encouraged members to bring their children to the rally.

Trades Hall Secretary Luke Hilakari said it was a “great thing” to see Victorian Premier Daniel Andrews at the rally on Wednesday morning.

“It was (great) that he marched with working people, ” he said on 3AW Drive.

“He had a very clear message that he thinks Victoria and Australia needs to focus on having a clear go.”

Troy Grant, head of the ETU, gave a speech paying tribute to Premier Daniel Andrews, who was in attendance.

Neil Mitchell questioned how appropriate it was for the premier to attend the event.

“He’s locking himself into a difficult position here.

“He’ll be talking tough with public sector workers who are after a pay rise… and he’s out there,” he said.

Press PLAY below to hear Michael reading the union chant.