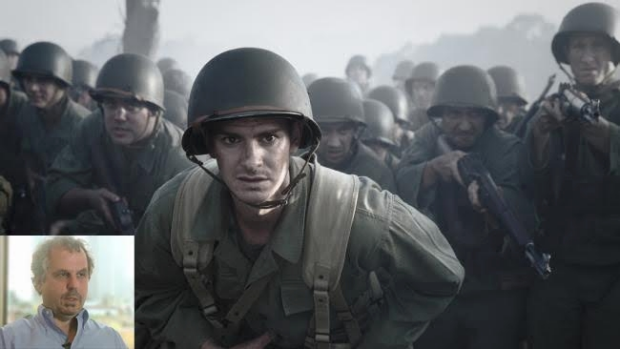 Mel Gibson directed the war film Hacksaw Ridge but it was veteran producer Bill Mechanic who fought to get it made.

While many of the films he has produced are household names – Ttianic; Fight Club; X-Men; Independence Day; Romeo + Juliet; Braveheart – Bill Mechanic’s name is not. Unless, that is, your household happens to be in Hollywood.

For decades Mechanic has been one of the great prime movers of Hollywood.

In the 1980s while at Disney he helped reconfigure the home entertainment market by taking annual sales from about $20 million to more than $3 billion. Moving to Fox in 1994, he was pivotal in keeping the troubled production of James Cameron’s Titanic on track, as well as proving, with the hit family film Ice Age, that Disney and Dreamworks did not own the animation market. With X-Men he also fuelled the evolution of the superhero franchise – for better or worse.

In this interview Mechanic notes with some irony how the films he now fights to get made as an independent producer are often overshadowed by the type of cookie-cutter epics he ushered in as a studio head.

Modest to a fault – he brushes aside any praise for his critical role in Titanic’s making – Mechanic discusses the making and meaning of his latest effort, the war film Hacksaw Ridge.

Directed by Mel Gibson, the film tells the true-life story of Desmond Doss, a Seventh Day Adventist from Virginia who managed to blend patriotism with his pacifist beliefs by serving as a medic, vowing only to save lives, not take them.

In the film, Doss holds strongly to his beliefs during the brutal battle of Okinawa, which took place between April and June 1945, shortly before the war’s end. It proved one of the bloodiest and costly of the Pacific war.

Mechanic cites Hacksaw Ridge as one of his proudest achievements, pointing out how early screenings have demonstrated the film’s appeal to women.

Please note: the quality of the first phone line we were put through on was so wretched it sounded as though Mechanic was speaking from the middle of a war zone. It was hopelessly discordant, but rather than abandon the interview Mechanic immediately called back on his personal mobile. The line was much better, though imperfect. The audio is clear, but please excuse the background noise.

To view a trailer for Hacksaw Ridge, please click here: